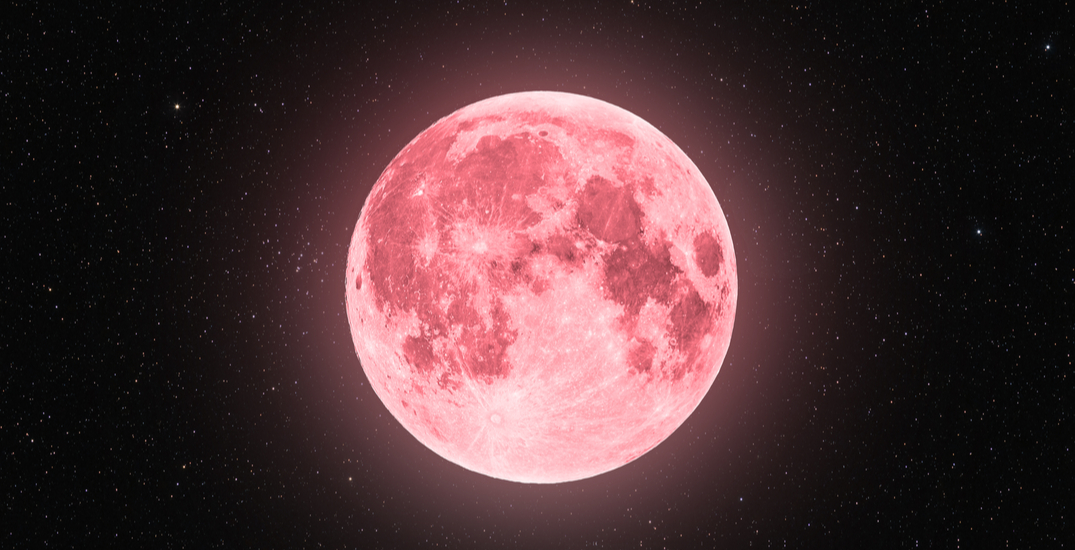 Get outside and look up, America – a Super Pink Moon is set to illuminate the skies tonight.

According to the Old Farmer’s Almanac, this month’s full moon – the first of two supermoons in 2021 – will reach “peak illumination” at 11:33 pm EDT on April 26.

For the best view, the Old Farmer’s Almanac advises finding an open area and watching as the moon rises just above the horizon.

Despite its colorful name, the moon won’t actually be pink. Our celestial satellite will be its usual golden hue, albeit a bit bigger and brighter, due to its proximity to Earth.

April’s full moon earned its moniker because it often corresponded with the early springtime bloom of a bright pink flower called creeping phlox.

The Pink Moon goes by several other names that also signal the coming of spring, including the Egg Moon, the Sprouting Grass Moon, and the Fish Moon.

Check out the Old Farmer’s Almanac to see when tonight’s Super Pink Moon will be visible in your area. Happy moongazing!