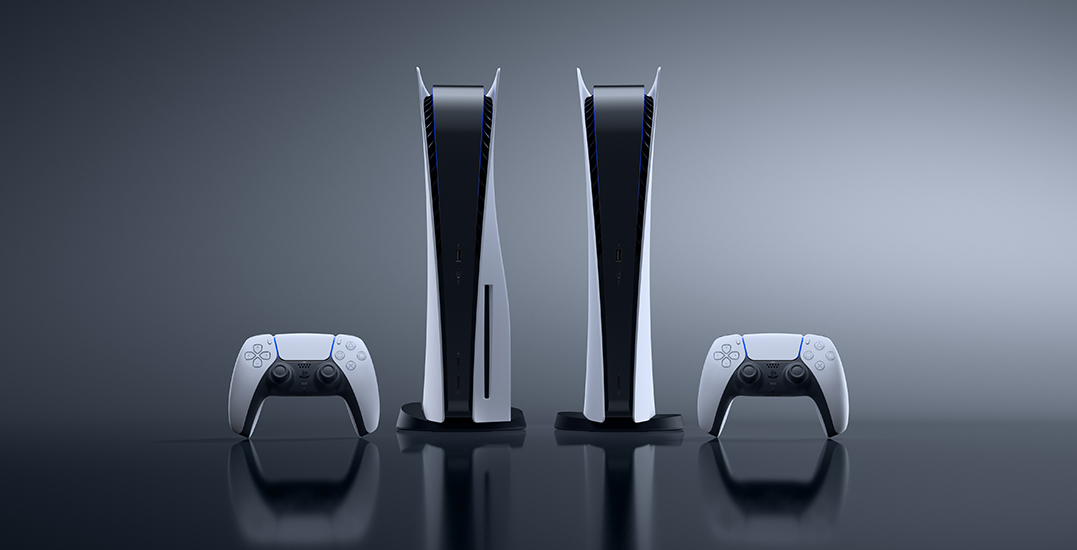 It’s been just under three weeks since the release of the new PlayStation 5, Sony’s next-generation gaming console.

And while the system comes with some notable upgrades, such as a new high-speed SSD and a revamped DualSense controller, the question still remains — is it worth shelling out more than $399 for the console? Especially during a time when resellers are running rampant and finding a retailer with consoles in stock is, effectively, like looking for a needle in a haystack.

Before diving any deeper, it’s worth noting that although I wouldn’t consider myself to be a hardcore gamer, I’ve played through my fair share of consoles and systems. I played on the PlayStation 4, Xbox One, and the Nintendo Switch, giving me a feel for each system and their respective hardware.

While I don’t turn on my consoles every night, they each get their fair share of use whenever notable titles are released — or even for playing games like NHL online.

The PlayStation 5 attempts to be bigger and better than its predecessors, as well as its competitors. At first glance, the system itself seems like less of a gaming console and more of a feat of architectural design. 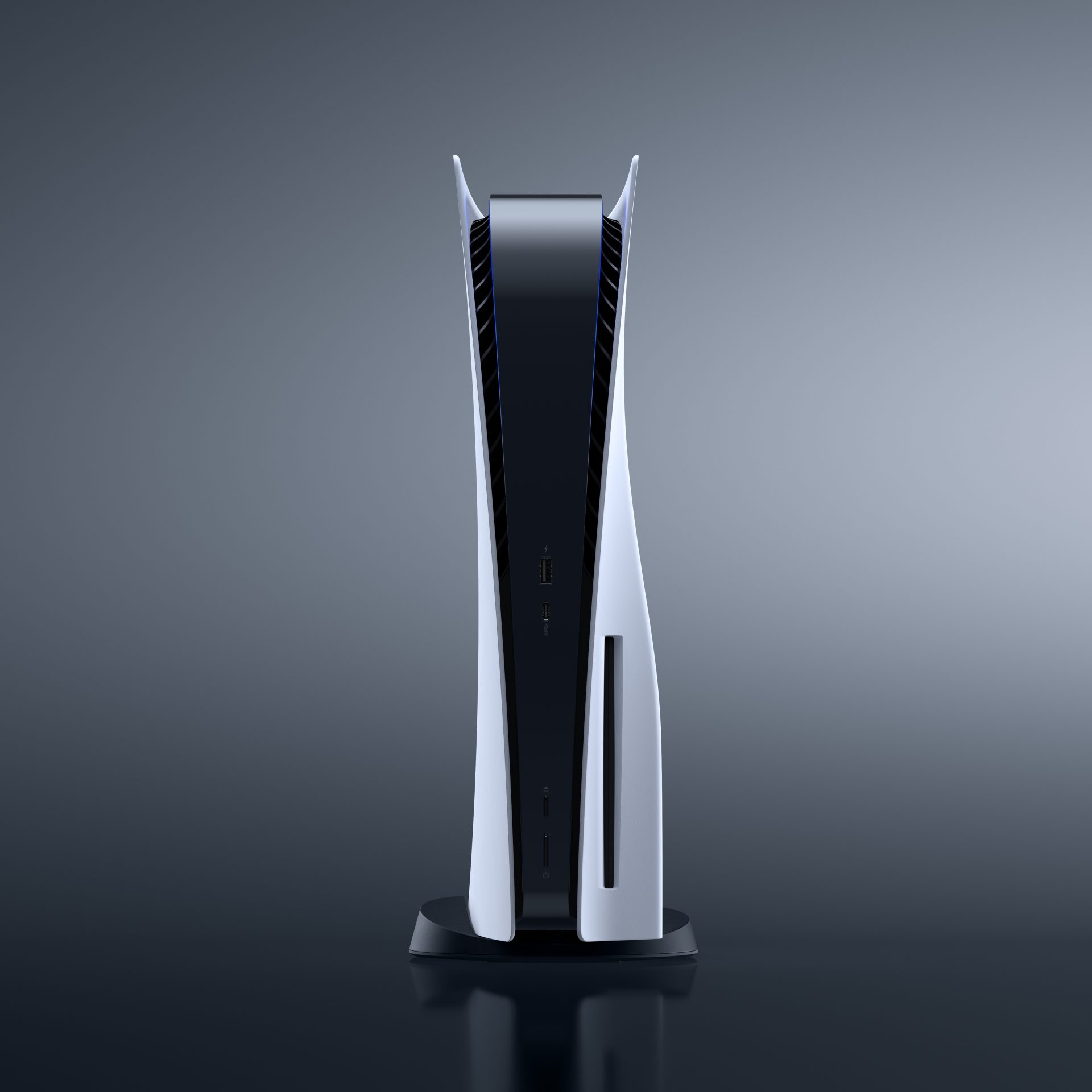 Bigger applies not only to the upgrades and performance but also to the PlayStation 5’s physical size as well. Standing at approximately 15″ tall, 10″ deep, and 4″ wide, it’s a literal behemoth. Unsurprisingly, this can present a few challenges about where to set it up. It’s taller than the Xbox Series X, and it makes the Nintendo Switch look like a glorified iPhone. 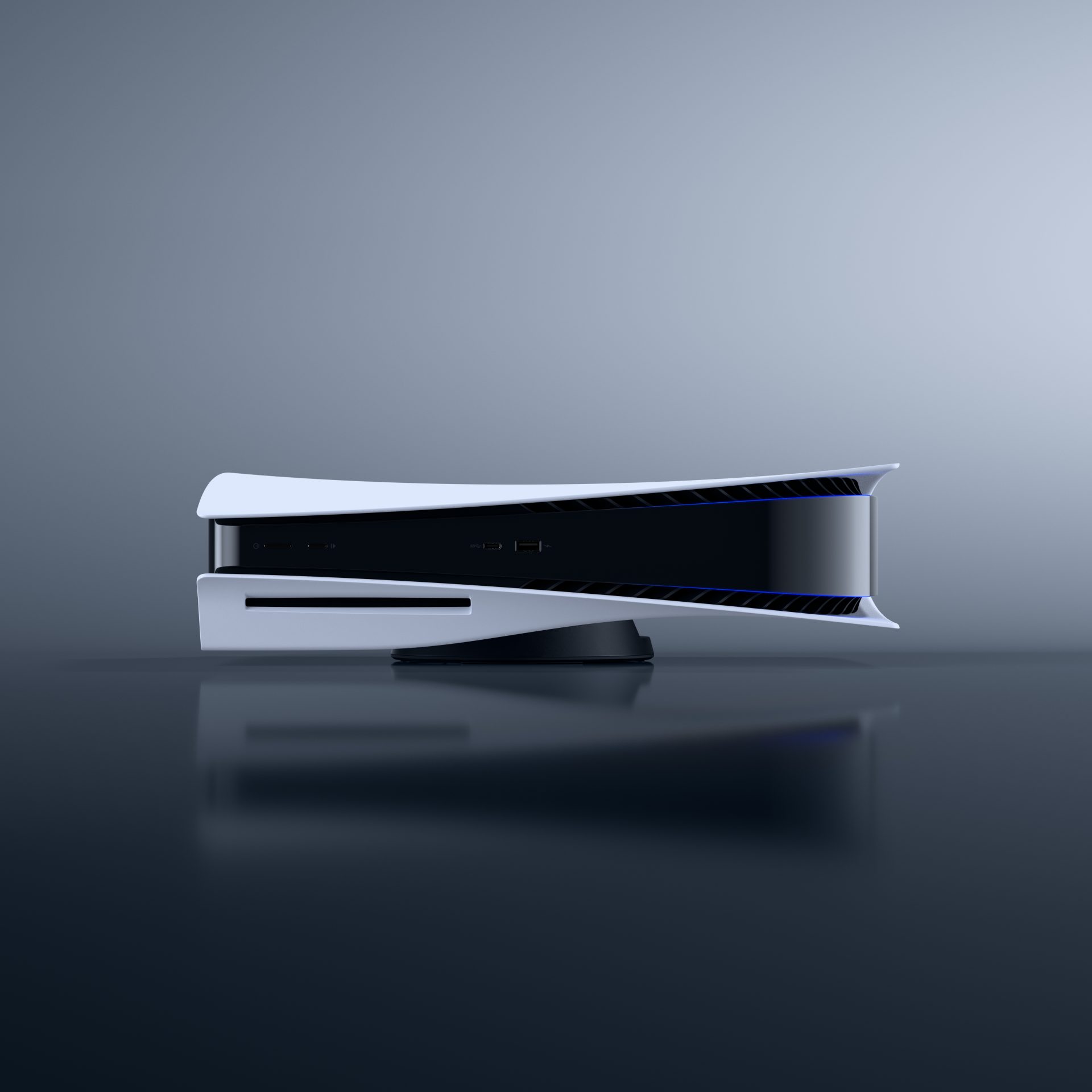 In a household like mine, where consoles are shared between different rooms with different siblings, it’s a hassle trying to move the PlayStation 5 from the television upstairs to the monitor in my room. Fortunately, I don’t suspect many gamers will have this problem. Do keep in mind, however, you’ll want to clear out a dedicated space once you get your hands on the console.

Aside from the console, another major overhaul comes in the new DualSense wireless controller. I’ll dive into its performance later, but in terms of physical differences, it feels slightly larger and more rounded, with bigger grips, triggers, and shoulder buttons. Not to mention, with a two-tone design and translucent buttons, it’s very aesthetically pleasing. 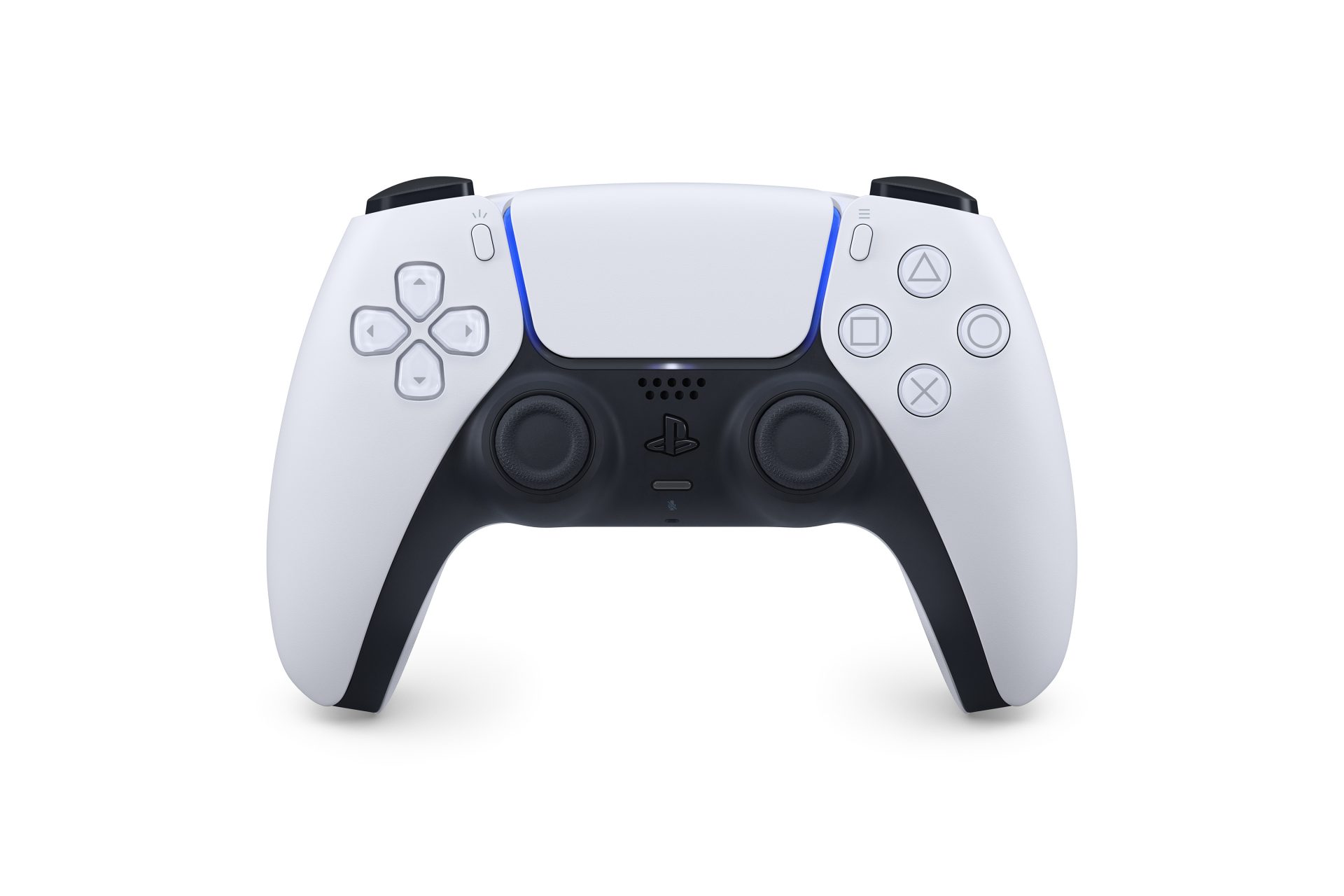 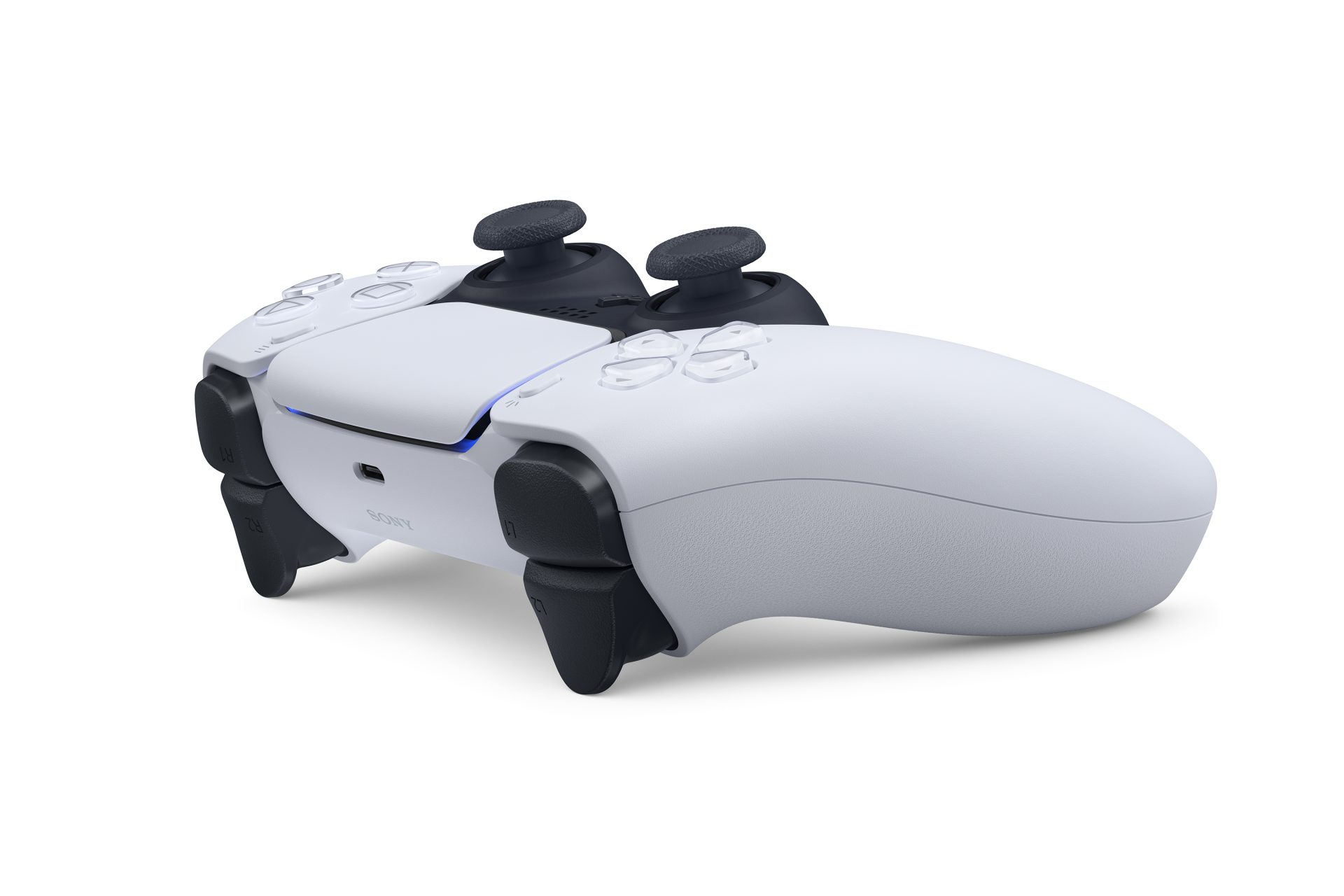 And while I can’t use last generation’s controller on the PS5 (like one might with the Xbox Series X), there are enough improvements from both an aesthetic and a performance standpoint to make purchasing new controllers worthwhile. 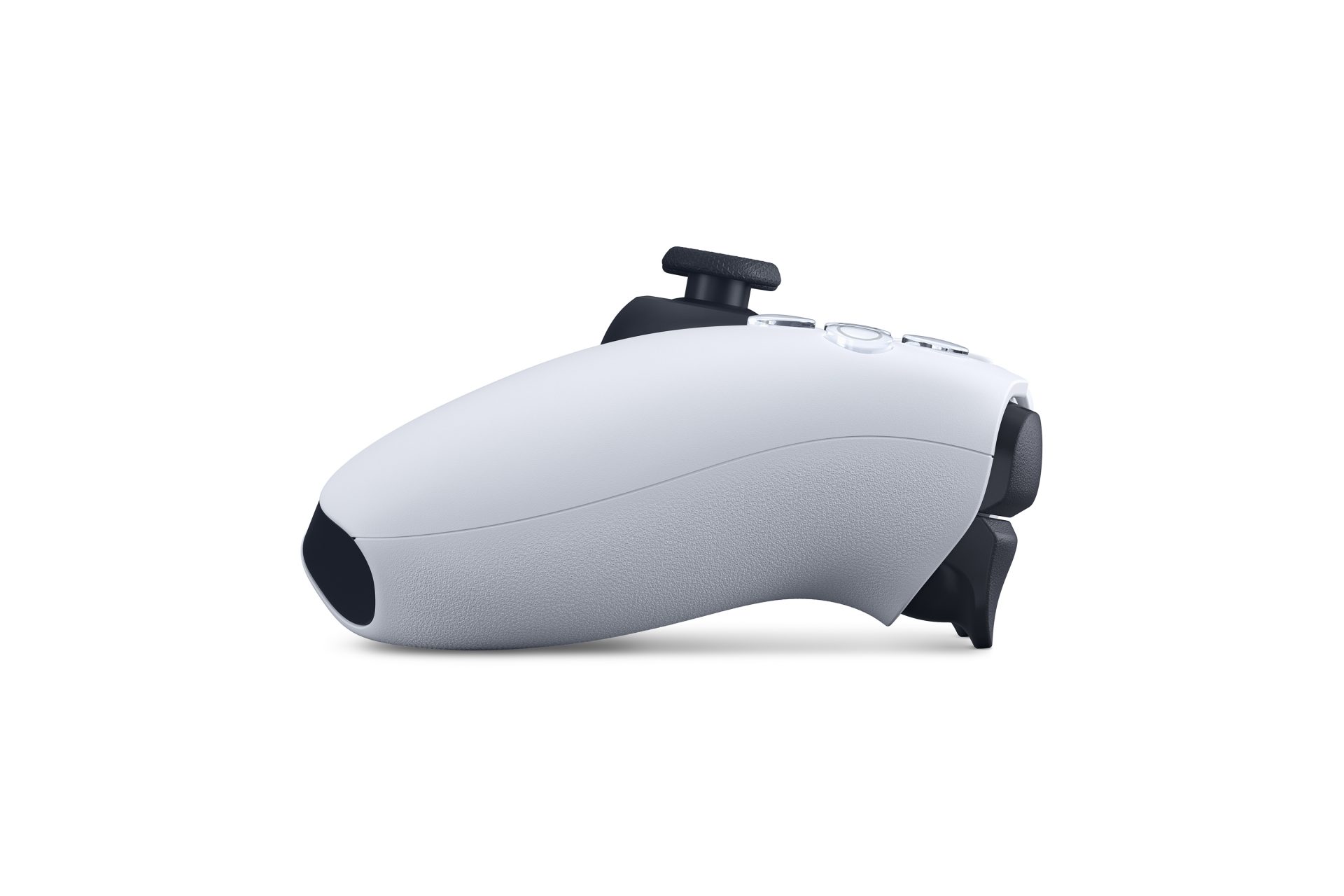 Performance is the name of the game

When the PS5 was slowly revealed to the public, Sony boasted new features such as “lightning-fast loading,” “heightened immersion,” and “4k graphics and ray-tracing support.”

But how does that all stack up? Sure, upgrades can look great on paper, but unless the player feels a notable difference, it’s all for naught.

Fortunately, the loading time is no joke. In fact, it’s one of the biggest improvements with the new system. And faster loading doesn’t just mean spending less time moving within the menu and between games — it also means that games feel more fluent when loading between stages, levels, or cutscenes.

To test the features of the PS5 beyond Astro’s Playroom, which is installed on every console, I purchased Spider-Man: Miles Morales. The loading time continued to impress, leading to seamless transitions between missions, fights, cutscenes, and simply web-swinging across Harlem. 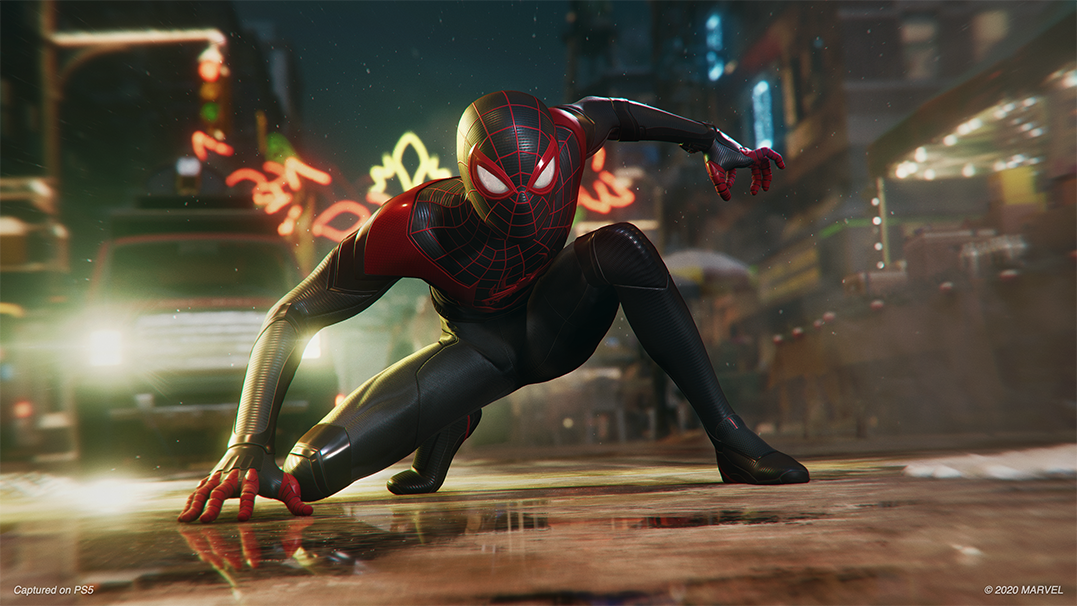 Miles Morales was also a great title for testing the graphics component of the PlayStation 5, specifically through its two graphics modes. Fidelity mode runs the game at 30 FPS but features ray tracing and enhanced visual lighting — the result being stunning cutscenes and even simple actions like web-swinging and fighting animations standing out. Performance mode, on the other hand, runs at 60 FPS but doesn’t include ray tracing or lighting enhancements. What this means is that most games will allow for the option to dial in the console for either performance or visual aesthetics — pick your poison. 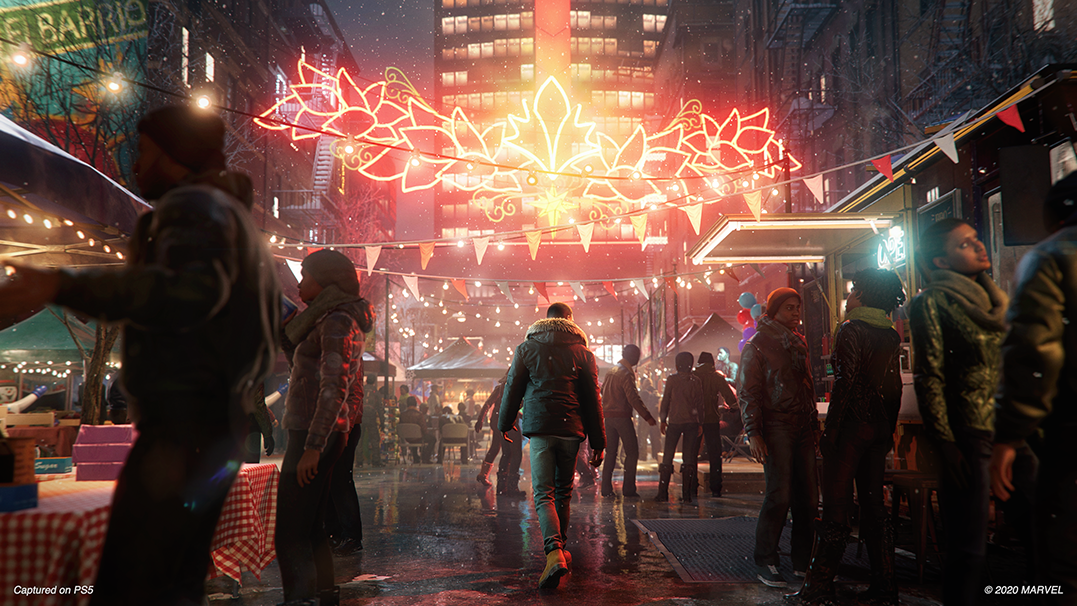 Drawing distance (or the lack thereof) is something I’ve noticed with other consoles like the Nintendo Switch. It was good enough in both Astro’s Playroom and Miles Morales that it barely even crossed my mind while playing.

It’s all in the details (or in this case, the controller)

And while faster loading times and improved graphics are two of the larger upgrades seen in the PS5, there are plenty of smaller details that are worth mentioning. For one, the overall UI of the system seems cleaner than the last generation. It’s more visually pleasing and the smaller icons place more emphasis on game art, progress, and achievements.

Backwards compatibility on PS4 titles is another feature that needs to be mentioned. For many gamers, their favorite titles from the previous generation will heavily benefit from the reduced loading times and the graphics upgrade. It may seem like a small upgrade, but the details simply add up.

Speaking of details, the DualSense controller is a powerhouse of its own. Most notably, the adaptive triggers and haptic feedback make the controller come alive. Take for example Miles Morales, where eruptions, explosions, or Miles’ venom attacks can be physically felt in your hands. Again, it’s small details that add up to create a remarkable experience. 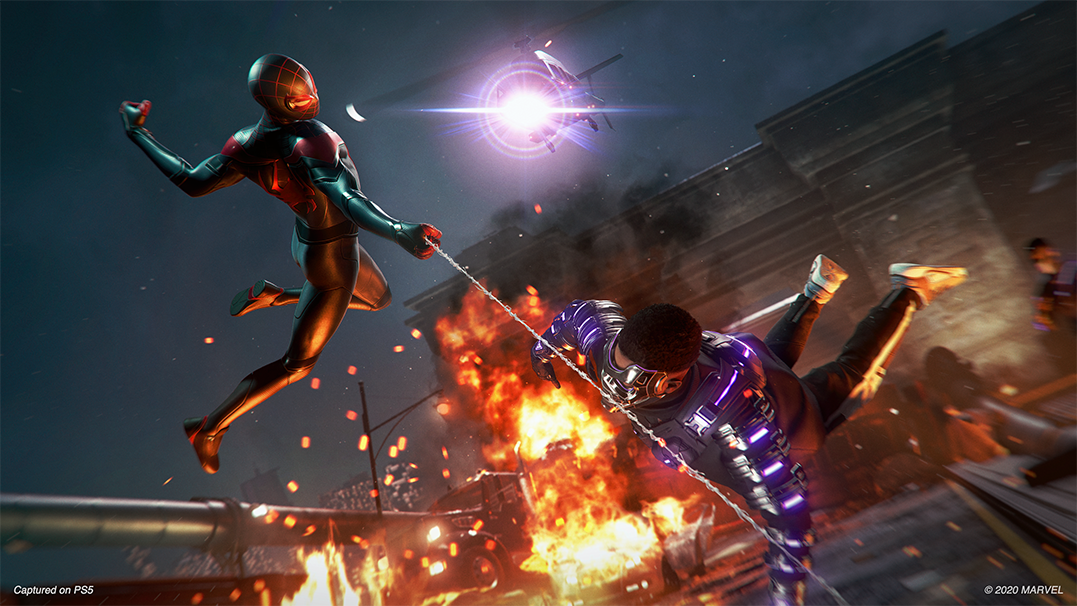 That same haptic feedback can be experienced while playing Astro’s Playroom, and while it likely won’t be used in competitive play, it adds another layer of detail to first-person shooters such as the Call of Duty franchise.

The DualSense controller also has a motion sensor, which saw extensive use while playing Astro’s Playroom. And while I have yet to play other games that heavily incorporate this feature, simply having the option opens up plenty of possibilities for developers.

Where the system falls short

If it wasn’t evident already, there are plenty of significant upgrades packed into the PS5. But it has to be said that there are some shortcomings as well.

One issue is that the 825 GB SSD will undoubtedly fill up quickly, and at this point in time, it’s unclear how much expanded storage will cost gamers. Something else I noticed is that the fan of the console was surprisingly loud at times, specifically while playing Miles Morales.

As far as storage goes, Sony will have to tread carefully, but that combined with a slightly louder system is far from a deal-breaker.

The PlayStation 5 is bigger, better and it comes with plenty of improvements to make games feel more immersive and realistic. Titles like Miles Morales and Astro’s Playroom are good for hours of play, and I’m remarkably optimistic to see how developers take advantage of the haptic feedback, adaptive trigger, and other features of the DualSense controller.

The new PS5 has exceeded my expectations, and I can’t wait to see what comes next.