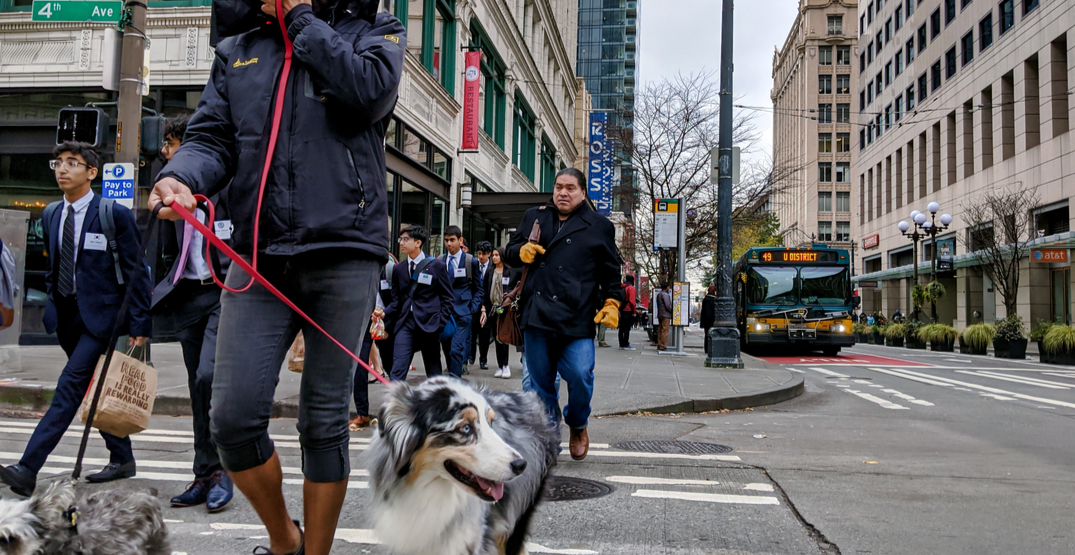 Although Seattle is one of the safest cities in the country, there are still over 10,000 crashes a year, resulting in an average of 20 lives lost, and over 150 people seriously injured annually.

This morning, January 10, Mayor Jenny Durkan announced that she’s hoping to end traffic deaths and serious injuries on city streets by 2030. One of the ways she’s hoping to achieve this is by installing 250 leading pedestrian intervals, thus making 25% of traffic signals in Seattle safer.

Leading pedestrian intervals work by having the walk signal turn on three to five seconds prior to people driving getting the green light. This allows for people in the crosswalks to become more visible to people driving and has been proven by the Federal Highway Administration to reduce crosswalk collisions by 60%.

Below is a video of what proposed leading pedestrian intervals look like:

In 2020, the Seattle Department of Transportation plans to continue making updates to their traffic signal policy and will be taking a look at how push-buttons are being used. The department will be making sure that the programming of buttons is consistent with a pedestrian’s perspective in mind.