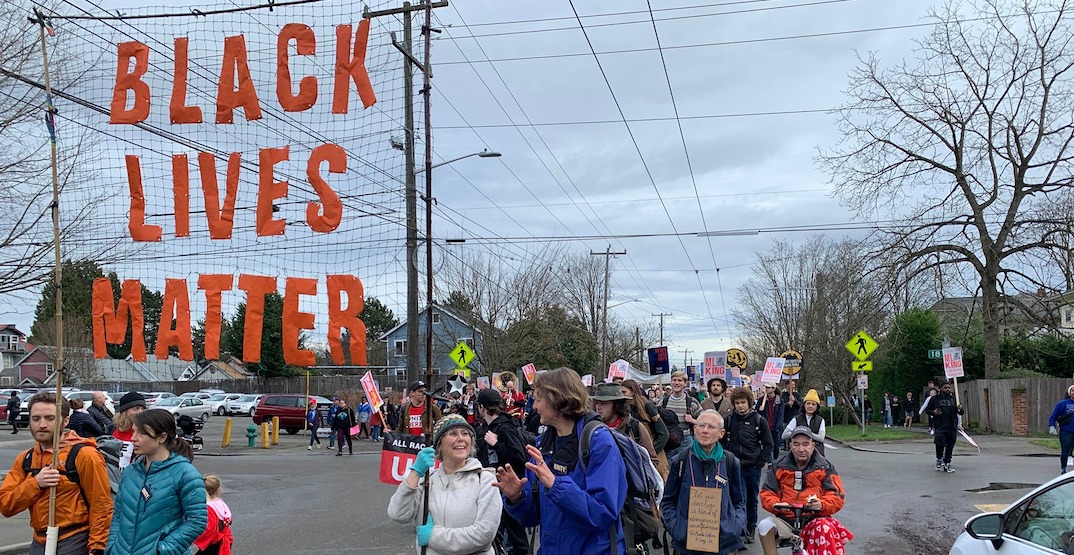 With Martin Luther King Jr. Day coming to an end, we wanted to share with you a few images from today’s MLK March around Seattle.

The annual march took place once again on City Hall along a route designed to highlight issues that impact communities of color.

Marchers this year supported the striking workers at Swedish Providence Hospital and the end of a new building project for a new Juvenile Detention Center. They also marched for numerous other causes, such as supporting homeless black and brown women who are being brutalized by SPD and King County Jail Guards, President Trump, and Amazon.

Here’s a look at this year’s march:

I’m not from Seattle, but I happen to be there. I just saw an incredible march pass by. Use that voice. It’s your right! #Seattle #mlk #MLKDay #MLKDay2020 #MLKDay2020 #inspirational #InspireChange #Resist #love #hope #mlkjrday pic.twitter.com/ts3iRaK4Ol

Excited to be at the #Seattle #MLKDay march. Dream big! #MondayMotivation pic.twitter.com/qqRBuilVdv