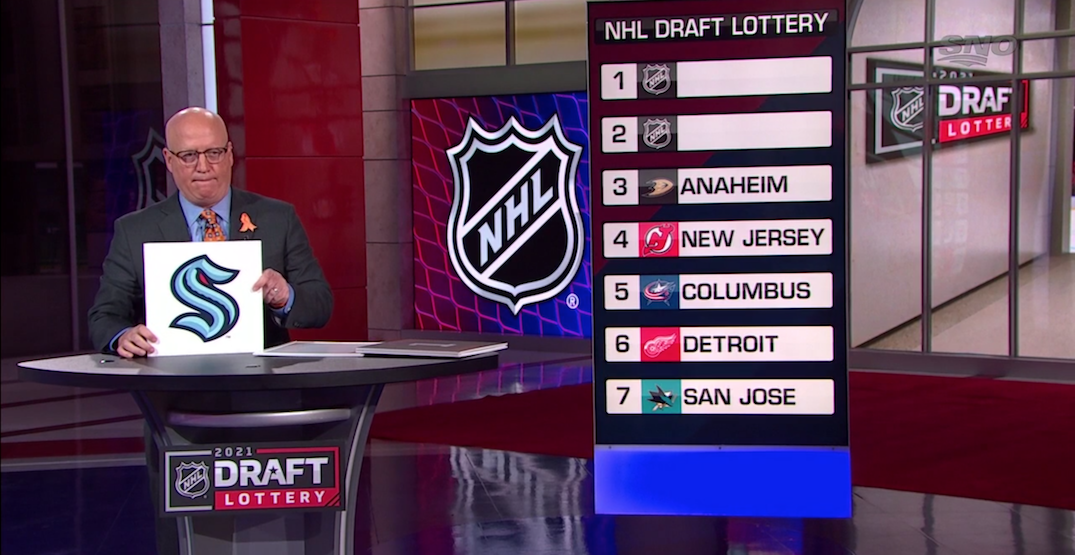 Though they haven’t played a single game in the NHL, the Seattle Kraken have already accomplished something the Vancouver Canucks have never done: winning at the draft lottery.

The Kraken secured the second overall pick, moving up from third spot, at the draft lottery.

Seattle’s likely rivals, the Canucks, will pick ninth while the Buffalo Sabres were the big winners, securing the first overall pick.

The Anaheim Ducks were the only team to move down in the draft order, dropping from second to third.

For the second time in four years, the @BuffaloSabres will hold the No. 1 pick in the #NHLDraft. pic.twitter.com/6HKWUwNjiC

Only the top two picks were decided by the weighted lottery system, which is a change from previous years.

More new wrinkles are coming to the lottery next year. The league will institute a rule that allows teams to move up only a maximum of 10 spots. Teams will also no longer be allowed to win the lottery more than twice in a five-year period.

The 2021 NHL Draft will be held virtually on July 23-24, with the top pick expected to be 6-foot-6 University of Michigan defenceman Owen Power.