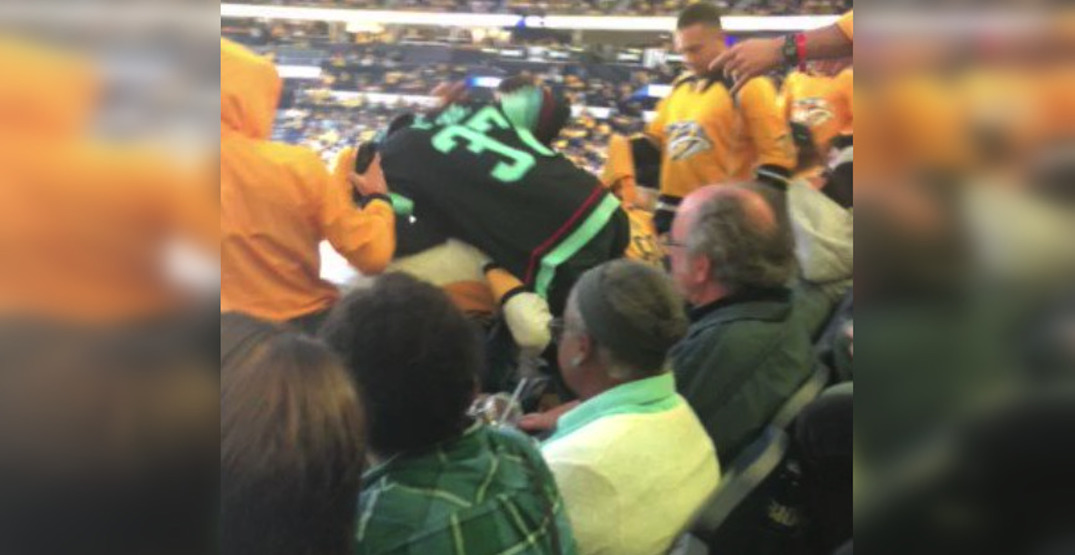 The NHL’s 32nd team made its debut Tuesday in Las Vegas, and picked up its first-ever win two nights later in Nashville.

welcome to the league, @SeattleKraken! pic.twitter.com/f7tuPdPiwC

With each passing game, the Kraken are making history with franchise firsts.

Mark Giordano is their first-ever captain.

Vince Dunn has the first-ever fighting major in Kraken history.

The injured Yanni Gourde has yet to play for Seattle, but a Kraken fan wearing his jersey scored the franchise’s first fan fight.

Brawling in the stands is usually reserved for fans of long-standing rivals, not brand new teams. Fans of expansion teams are usually in the honeymoon phase, just happy to be watching their team and learning the rules.

But not this guy.

A couple of videos have surfaced of the Kraken fan brawling with a Nashville Predators fan wearing a Filip Forsberg jersey at Bridgestone Arena.

Five each for fighting pic.twitter.com/gnQxUn3WvK

Was sent to me from a source tonight. Cannot name said person. pic.twitter.com/OOLTZf8DcO

The Kraken travel to Columbus, Philadelphia, and New Jersey before playing their first-ever game in Seattle at the brand-new Climate Pledge Arena.