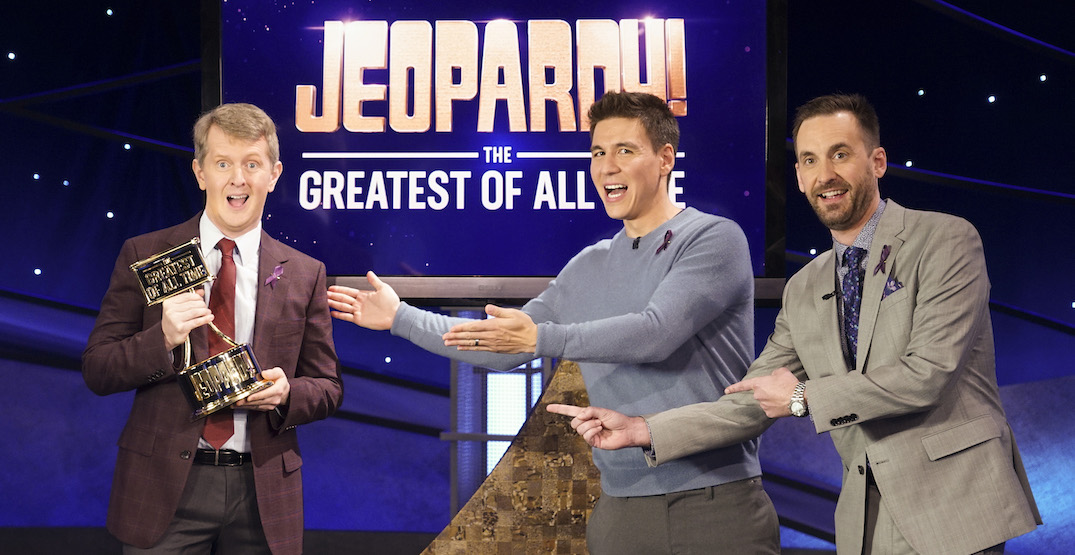 Last night, Jeopardy! hosted a million-dollar game with three of the show’s most-accomplished winners: James Holzhauer, holder of the most Jeopardy! records, Brad Rutter, who’s won the most money out of anyone in gameshow history, and of course, Ken Jennings, the holder of the longest Jeopardy! winning streak.

In the third game, Holzhauer took the lead with 82,414 but then lost to Jennings, who’d bet all of his $32,800, feeling confident about a question regarding Greece. Risking it all seemed to be his best move, as Jennings answered correctly and walked out of the game with a pocket full of Benjamins.

When asked about his win, Jennings humbly replied: “After, you know, finishing second place in three or four of these, I just kind of thought I missed my prime, this is maybe not going to happen to me. I’ve had such a great time, played against the best, but, you know, maybe I don’t get one of these. But I can’t believe what just happened.”

Jennings continued to stay humble, taking to Twitter to congratulate his competitors, mentioning that he “got some breaks,” and that it was mostly due to luck that he was able to win.

If we ran this tournament back a dozen times, you’d probably see a different winner each time. Brad and James are just that good.

Fans of the show were clearly proud of his accomplishments, also taking to Twitter to share their feelings:

Ken is so happy this is the cutest thing I’ve seen all day #JeopardyGOAT pic.twitter.com/lQSwhRNRL0

Congratulations Ken! Yay Ken, especially since I met him and he was very kind! Congratulations to James and Brad too!
But we all know Alex is the true #JeopardyGOAT @Jeopardy @KenJennings #AlexTrebek pic.twitter.com/EoIWlt2sZk

CONGRATULATIONS to @KenJennings, I remember first seeing you when you made your 1st apperance on the show. Your a true legend 🏆 #JeopardyGOAT

Hey @Jeopardy can we get Ken Jennings to be the next host after Alex Trabek retires!?!? 🙏 pic.twitter.com/cVAJxPXeI6

Congrats to @KenJennings, the #JeopardyGOAT in my (vaguely approximate but we shop a lot of the same stores) neighborhood! 🙂

Seattle-born Jennings has earned almost $3.5 million from his Jeopardy! winnings. He’s since quit his job as a software engineer and has become a writer, with six published books.