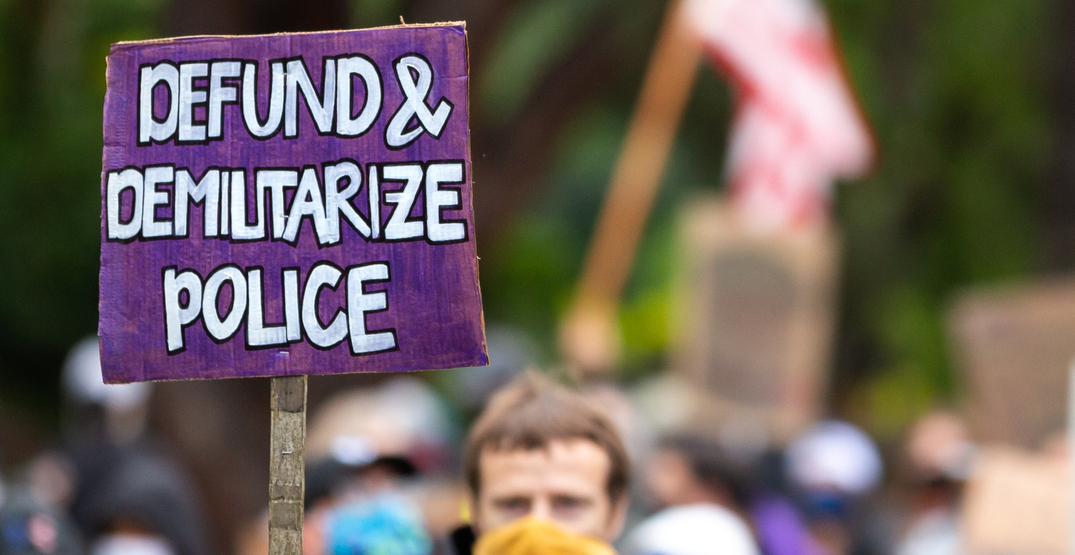 Protestors hoping to defund the Seattle Police Department (SPD) marched through the streets on Wednesday afternoon.

Although Mayor Jenny Durkan has agreed to cut some of the department’s 2021 budget, protestors say the $76 million in cuts don’t go far enough. They are pushing for the city council to cut the SPD budget by 50% while investing in the Black community.

They are also calling for more legal protections for incarcerated youth.

The group, led by Every Day March, began the protest at the Juvenile Detention building and had made their way to city hall by 1 pm, remaining peaceful and chanting phrases including “all day, every day,” and “bad boys bad boys, whatcha gonna do, whatcha gonna do when they defund you.”

Here’s a roundup of videos and images of the protest so far:

Big crowd for the march to #DefundSPD. Still growing. I estimate about 2,000. pic.twitter.com/5yQlVTXOcP