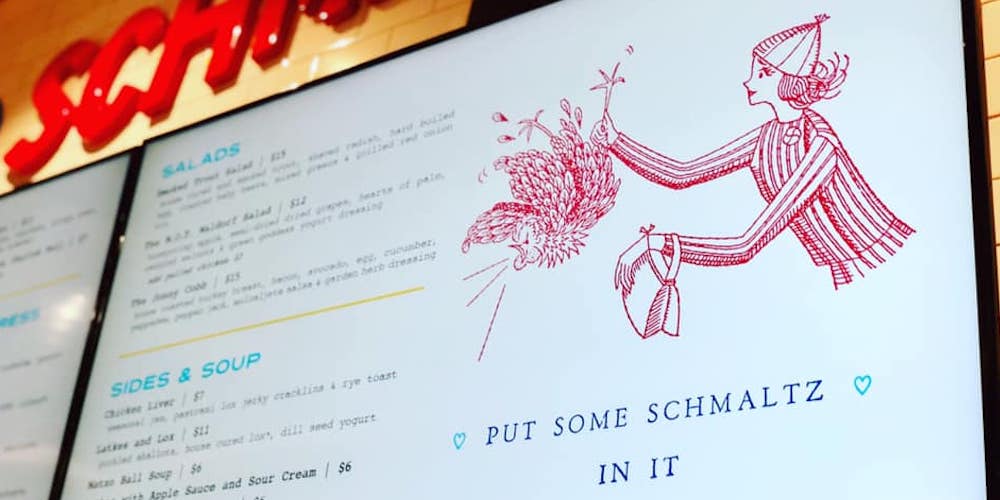 Set to open in December 2018, Schmaltzy’s Deli faced major construction delays which pushed the opening back several months. Their popular food truck, Napkin Friends, continued to raise hype while serving their famous sandwiches with pressed latkes and other takes on popular Jewish foods.

On January 15, Schmaltzy’s Delicatessen hosted a pop-up at Stoup Brewing that completely sold out and left the public needing more of Seattle’s Jewish deli.

Buttery black and white cookies, gorgeous orange lox, insane signature sandwiches, and soup is only half of what Schmaltzy’s Deli has to offer. The traditional Jewish Deli sticks to their breakfast menu from 8 to 10:30 am, and then opens up its full menu for the rest of the day.

Lunchtime is when Schmaltzy’s really shines. With offerings of pastrami, hot dogs, bacon, turkey, fish, and more, you can’t go wrong. They even offer up vegetarian options such as The Classic Combo: honeycrisp apple, caramelized onion, sherry vinegar, thyme, spinach, and brie.

Take your coworkers out to Schmaltzy’s for lunch, you’ll surely be the new favorite.