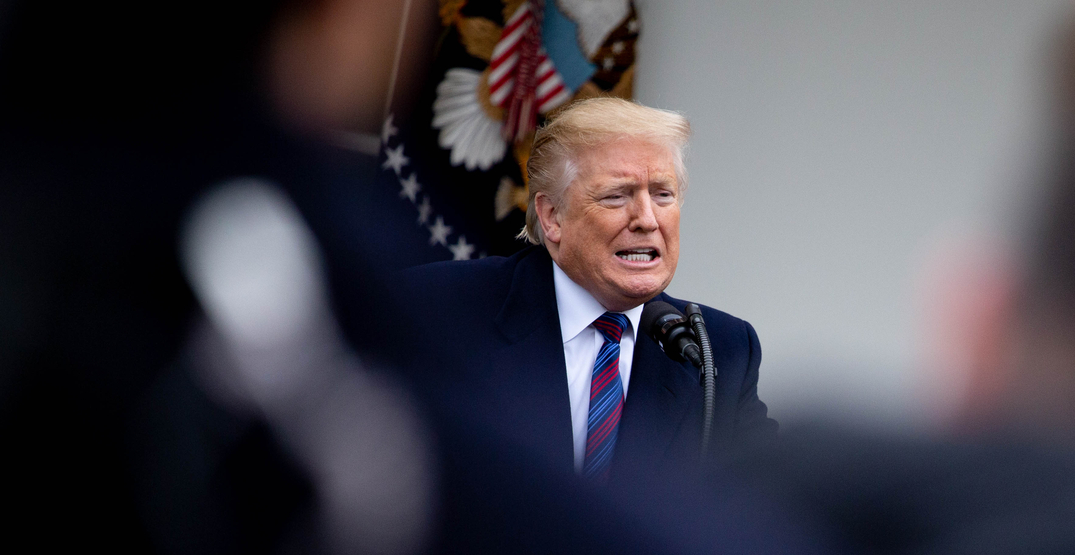 The White House has confirmed that President Donald Trump has been moved to Walter Reed Medical Center “out of an abundance of caution, and at the recommendation of his physician,” after testing positive for coronavirus on Thursday.

On Friday morning, the White House chief of staff said that Trump and First Lady Melania, who also tested positive for COVID-19, were “in good spirits” despite being “lethargic” and suffering from “mild symptoms.”

On Friday afternoon, Sean Conley, the physician to the president, updated the American public, stating that Trump has received “a single eight-gram dose” of a “polyclonal antibody cocktail.”

“He completed the infusion without incident,” added Conley. “As of this afternoon, the president remains fatigued but in good spirits.”

In addition to the update on Trump, Conley also stated that First Lady Melania “remains well, with only a mild cough and headache.”

Now, after a quickly escalating situation, Marine One has arrived at the White House to fly the president to Maryland, where the Trump administration will “work out of the offices at the Walter Reed hospital for the next few days,” stated Press Secretary Kayleigh McEnany.

Just after 6:30 pm Eastern Time, President Trump uploaded a video on Twitter — the first time he has tweeted since last night — thanking people for their well wishes, and giving a brief update on his own health, alongside the First Lady’s health.

“I want to thank everybody for the tremendous support,” says the POTUS. “I’m going to Walter Reed Hospital. I think I’m doing very well, but we’re going to make sure that things work out.”