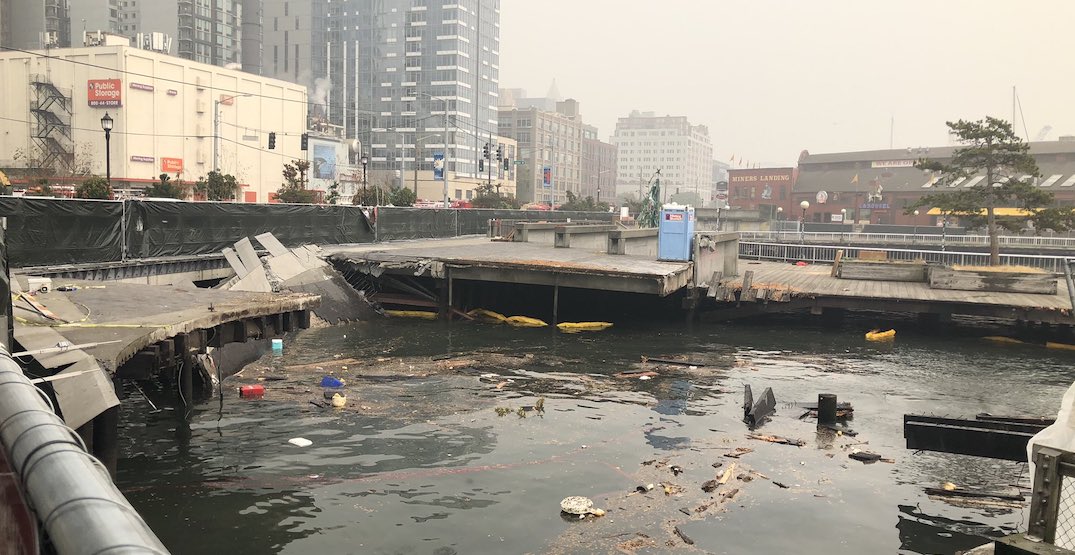 According to Seattle Parks and Recreation, seven people were working on the pier during the collapse. In addition to safety protocols such as wearing personal safety devices, there were a number of emergency exits located around the pier that most workers were able to use to safely exit.

Two construction workers fell into the water but were quickly removed before the Seattle Fire Department arrived. The two workers were treated by Seattle Fire medics and transported to Harborview Medical Center in stable condition.

The pier had been closed since August 6, after initial concerns of deterioration and the potential for failure.

The City has stated that they “will continue removing Pier 58 as soon as it is safe to do so and will evaluate the best approach, understanding the pier continues to be unstable.”

There is currently no observed damage to the Seattle Aquarium, Miner’s Landing, or the adjacent seawall. The City has installed additional fencing around the perimeter of the site for safety.