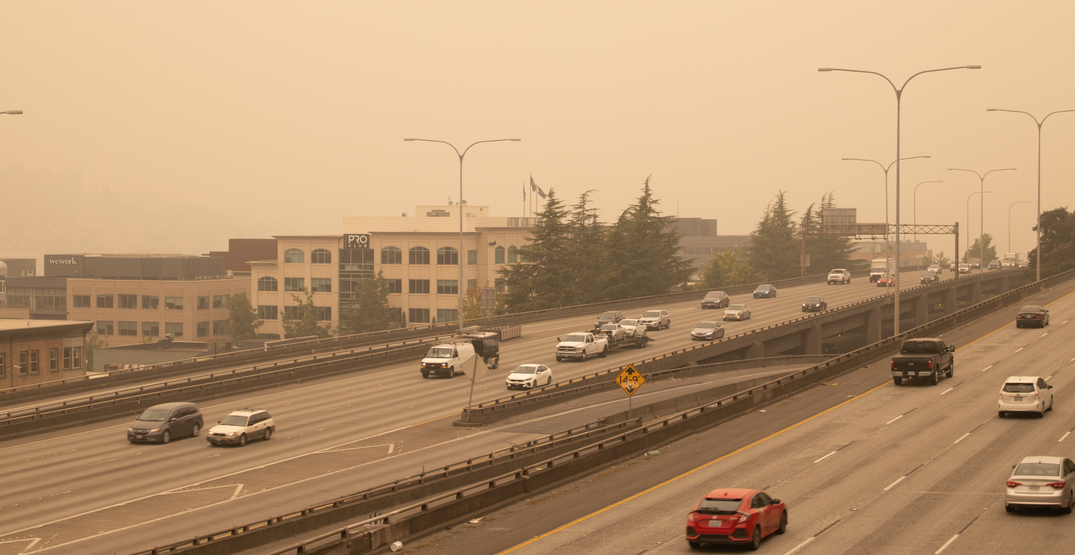 A new weather system was expected to bring some relief to Seattle skies on Monday. Unfortunately, it has not.

According to the Washington Department of Ecology, “the smoke is mostly still here, and light southerly winds are bringing more from Oregon at least through Tues.” 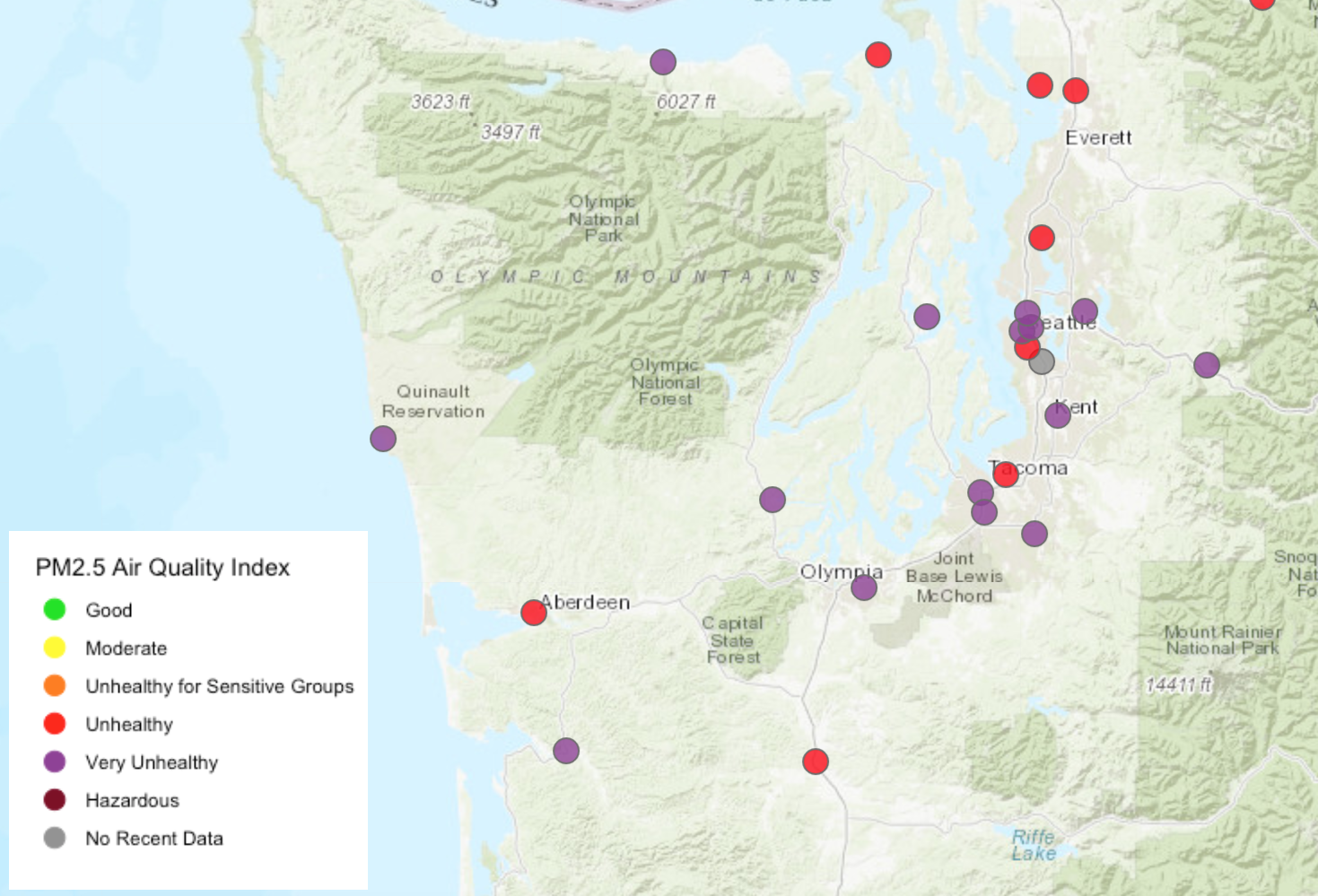 According to the Washington Smoke Blog (WSB), a partnership between state, county, and federal agencies, and Indian Tribes, the “atmosphere is not delivering what we ordered.”

“The clearing that should have been here by now is not only tardy but is poofing out as a lackluster weather feature that won’t do much for us. The ‘cleanest’ air in the state right now is unhealthy air, whereas the model’s advertised menu said we should have been seeing substantial improvements along the coast this morning.”

WSB projections predict that light winds will continue for another day from the south, dragging more smoke north along the I-5 corridor from Oregon fires.

According to IQ Air’s World Major City Air Quality list, Seattle has come in second place for the world’s worst air quality after Portland, beating out several large cities including Beijing and Delhi.