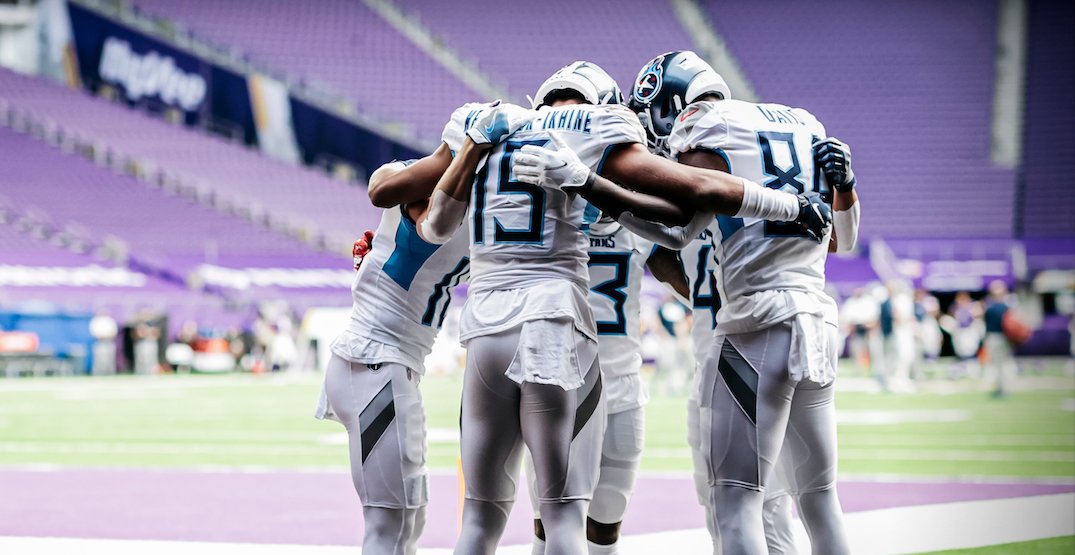 The NFL has been hit with its first COVID-19 outbreak since starting the 2020 season three weeks ago, forcing the postponement of one game this weekend.

Sunday’s game between the Tennessee Titans and Pittsburgh Steelers has been postponed until either Monday or Tuesday, the NFL announced, to “allow additional time for further daily COVID-19 testing and to ensure the health and safety of players, coaches and game day personnel.”

This news comes a day after the NFL and NFLPA revealed that three players and five personnel from the Titans tested positive for the coronavirus in recent days. NFL insider Ian Rapoport is reporting today that four players have tested positive, which would be in addition to staff members.

After another positive test for the #Titans, bringing their total to 4 players who tested positive, and with their facility currently closed, their game vs. the #Steelers will now be played either Monday or Tuesday, rather than Sunday. The first COVID-19 schedule alteration.

The Titans played a road game in Minnesota last Sunday, so the health of Vikings players and staff will also be closely monitored. As of Wednesday morning, nobody from the Vikings had tested positive.

The Vikings are set to reopen their practice facility on Thursday and are planning to play a road game against the Houston Texans this weekend as scheduled.

NFL sent another strongly-worded memo to team executives, GMs and HCs today, urging all to be in compliance with game-day protocols (wearing masks). “We will address lack of compliance with accountability measures that may include…suspensions and/or forfeiture of draft picks.”

Unlike the NHL and NBA, the NFL is operating without a bubble this season, so it is more susceptible to the virus than those other leagues.

Last week the NFL handed out hefty fines to three head coaches — Seattle’s Pete Carroll, Denver’s Vic Fangio, and San Francisco’s Kyle Shanahan — for not following mask protocol on the sidelines. Each coach was fined $100,000, and their teams were slapped with $250,000 fines.