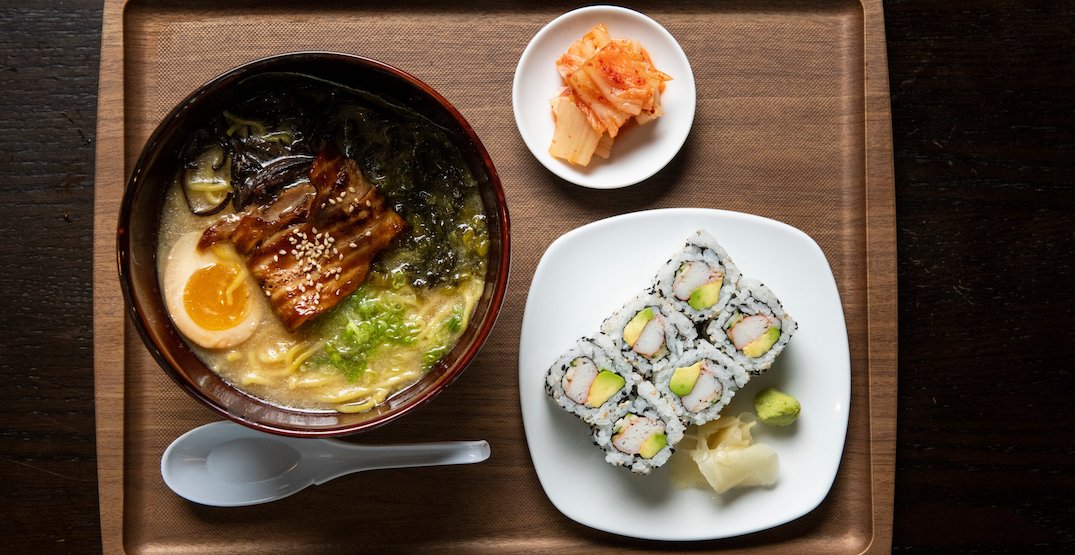 Momosan Seattle is undoubtedly one of the best ramen shops in the city. Since its opening in September, the restaurant has stuck to serving a dinner menu — until now. Chef Morimoto will be in attendance next Monday as Momosan Seattle debuts their brand new lunch menu.

Chef Morimoto, best known as the Iron Chef, is the proud owner of sixteen restaurants all over the world. Due to his skill and notoriety, Momosan Seattle shot to the top, quickly stealing the hearts and tastebuds of Seattlites.

Starting January 20, the award-winning ramen spot will be opening for lunch, serving up mix-and-match lunch sets along with other menu favorites.

A sneak photo from Chef Morimoto showed off a bowl of ramen accompanied by kimchi and what looks to be a poke or sashimi bowl.

We’re hoping that more side options are available, including the restaurant’s drool-worthy soft-shell crab bao.

The restaurant currently serves up four types of ramen, which we believe will remain as staples of the lunch-hour menu. The four ramen types include the following: 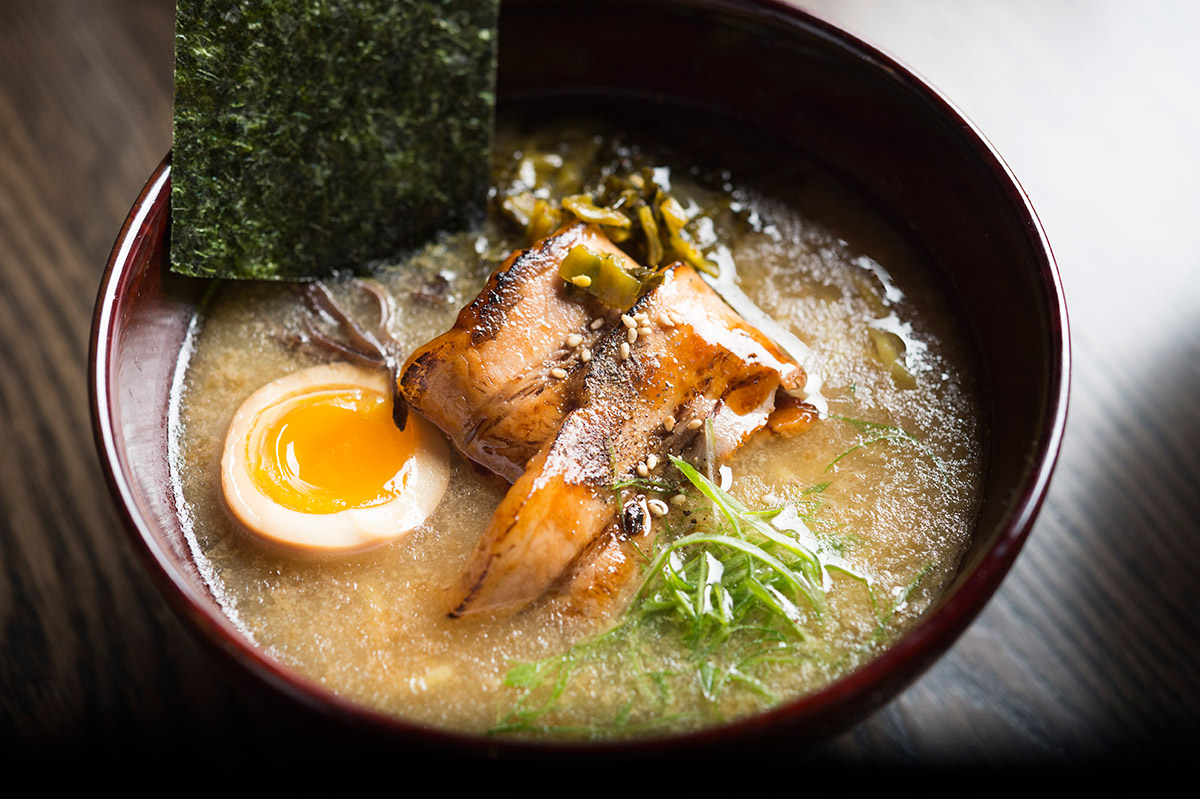 Tonkotsu at Momosan is made with a combination of 70% pork bones and 30% chicken bones, which are boiled for twelve to fourteen hours. The noodles used are classified as “temomi” noodles, which have both thick and thin segments to help grab onto the soup. Toppings include braised pork belly chashu, aji-tama soy egg, takana, kirurage mushrooms, toasted nori, and homemade garlic oil. 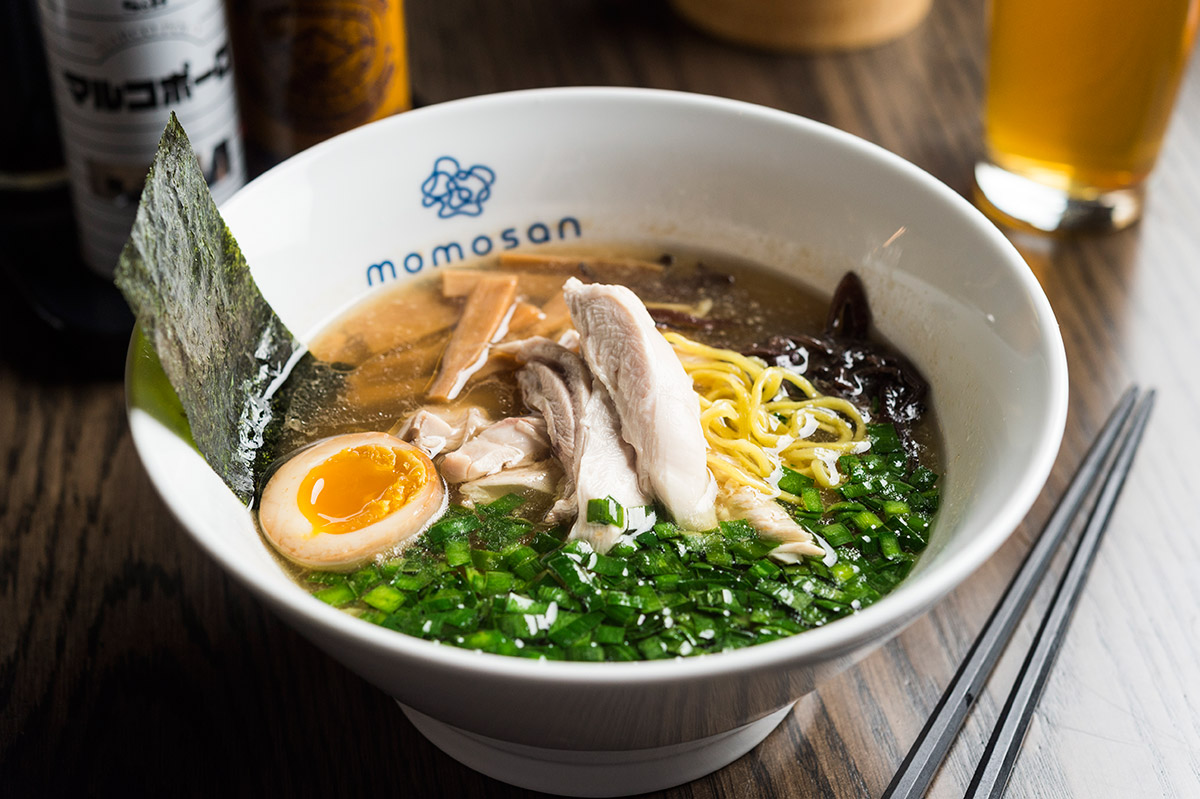 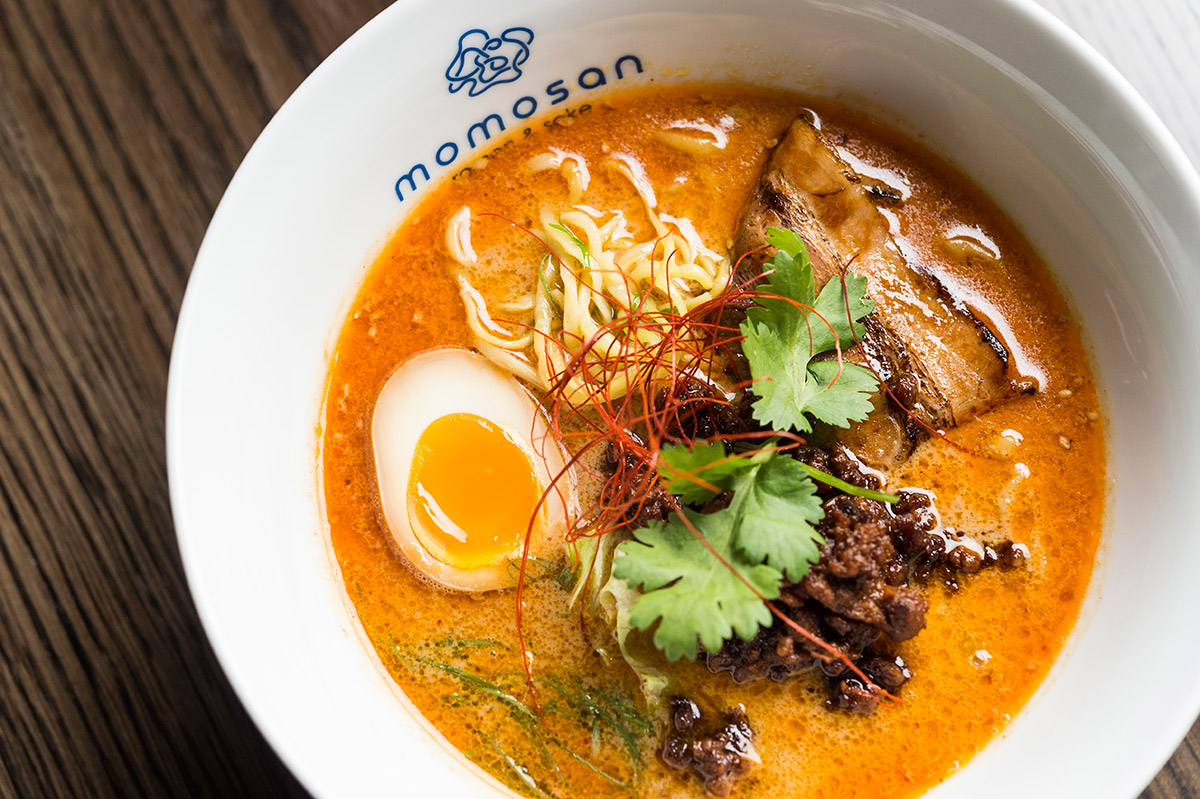 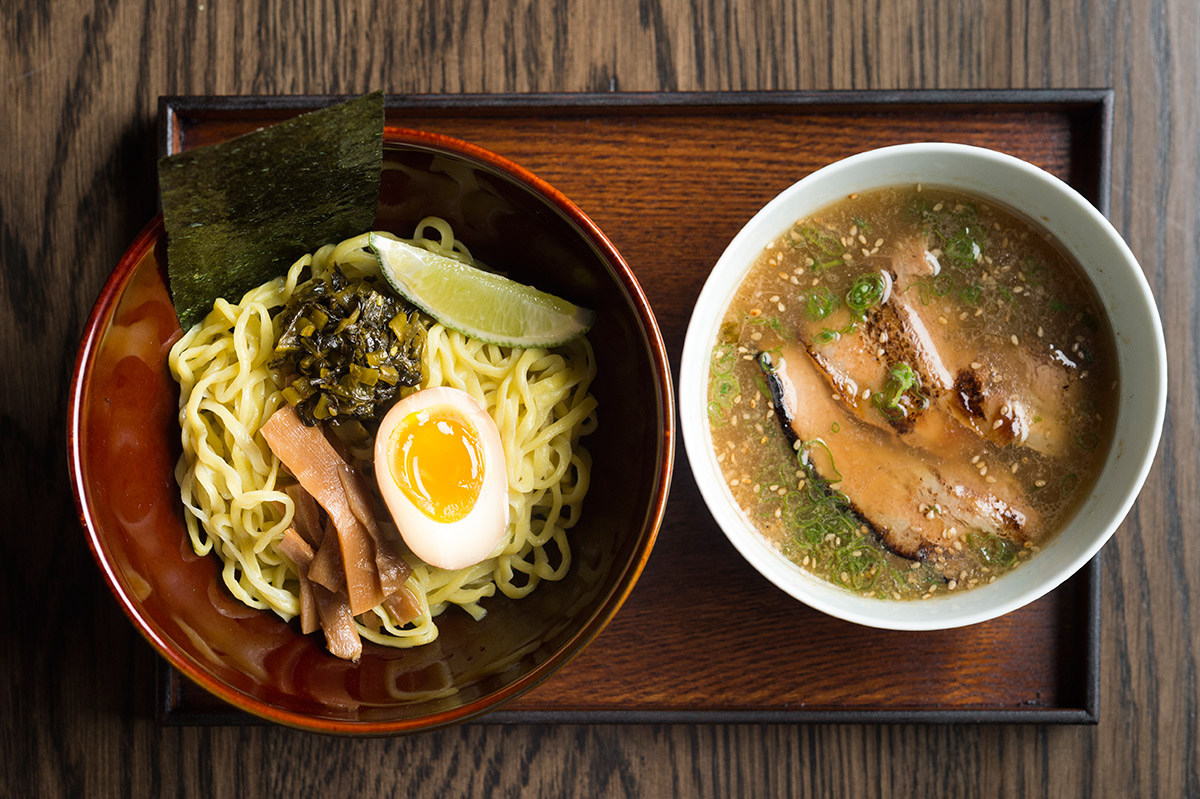 Unlike traditional ramen, Tsukemen is served in two bowls. One bowl is filled with hot soup, while the other contains chilled noodles and toppings, ready to be dipped into the broth. When dipped, the thick noodles grab onto the seasoned soup, creating the perfect bite. Toppings include pork chashu, menma bamboo shoots, aji-tama soy egg, takana mustard leaf, garlic oil, toasted nori, and lime.

We can’t wait to catch the energetic chef in action, as he’ll be in Seattle launching the lunch service on January 20.