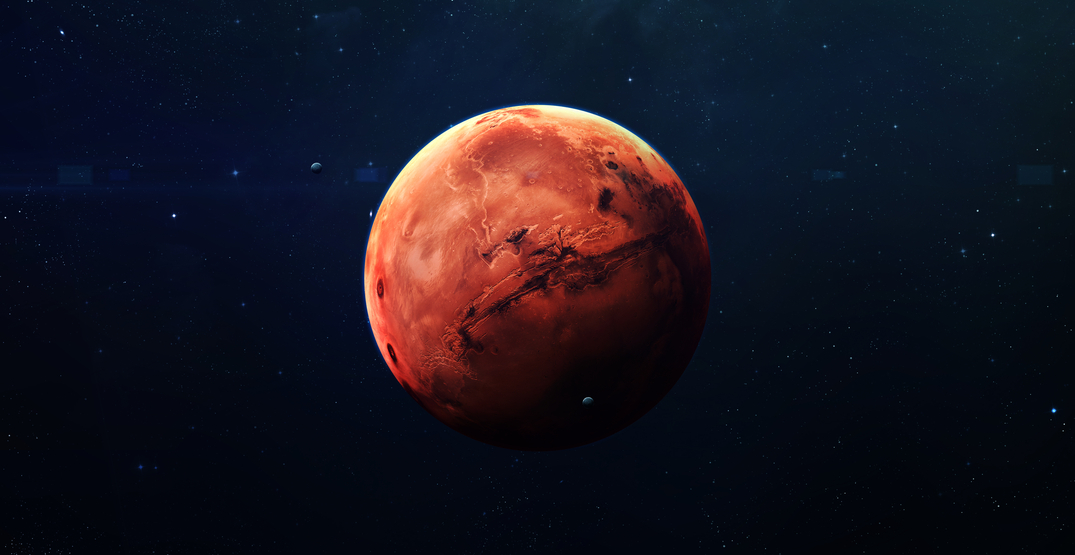 Keep your eyes on the skies this week.

Starting on Saturday, Mars is set to shine brighter in our earthly skies than it has since 2003. You may even be able to pick up on some surface details, like volcanoes.

This celestial celebration is thanks to Mars Opposition — when Earth is directly between the red planet and the sun.

The planet is visible from sunrise to sunset, reaching its peak in our skies around midnight, according to NASA. It’ll even appear brighter than Jupiter, the largest planet in our solar system.

What’s up in the night sky this October? 🌌 🔭

A second full Moon on Halloween, and a sharp view of Mars at its brightest in the sky. Plus, when and where to spot the galaxy Andromeda: https://t.co/a4fE2JWuNG pic.twitter.com/6uEX3DlFLk

“October is a great time for viewing Mars, as the planet is visible all night right now, and reaches its highest point in the sky around midnight,” says NASA.

“This period of excellent visibility coincides with the event known as opposition, which occurs about every two years when Mars is directly on the opposite side of Earth from the Sun. This is also around the time when Mars and Earth come closest together in their orbits, meaning the Red Planet is at its brightest in the sky, so don’t miss it.”

The event will last 10 days, peaking on October 13 when Mars fully aligns. The planet won’t appear to be this bright again until 2035, according to EarthSky.