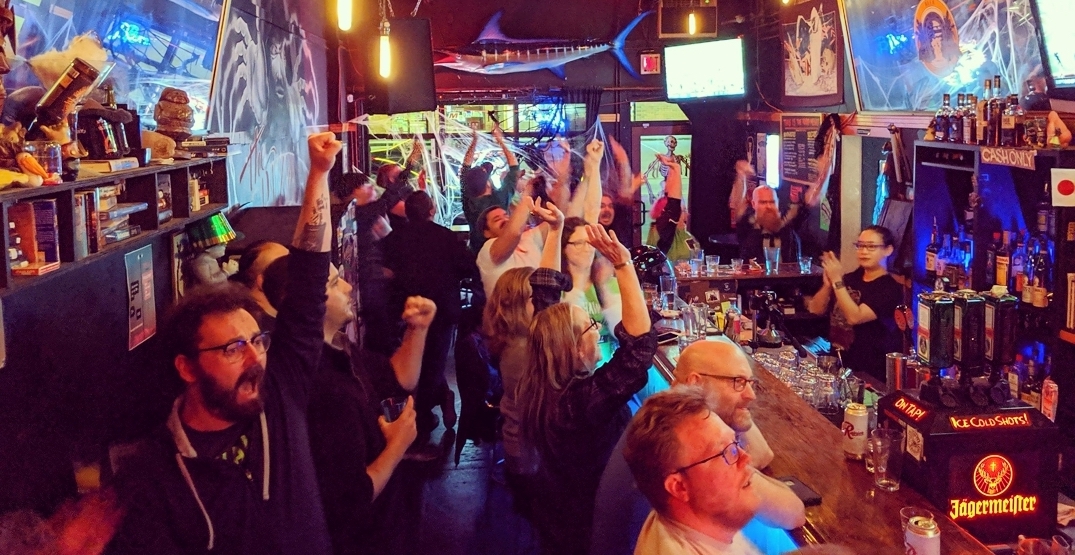 The Grizzled Wizard, one of Seattle’s most unique watering holes known for 80’s arcade games, red lighting, and movies behind the bar, is shutting down at the end of the month.

In its place emerges Korochka Tavern, a well-loved Eastern European spot that was forced to shut its doors in Lake City earlier this year.

On their Facebook page yesterday night, the Grizzled Wizard shared that they have decided to shut operations on Tuesday, December 31st, exactly 10 years to the day that they’d first opened the dive. The same post was also shared on Instagram, and copied onto Korochka Tavern’s page.

The Grizzled Wizard has decided to pass their keys to Korochka Tavern, feeling that it would make a strong addition to the bustling neighborhood.

Korochka Tavern was forced to shut down shop in October this year after the owners were unable to renew their lease. Due to the shutdown, the owner of the tavern, Yelizaveta Malinovskaya, set up a Go Fund Me page in the hopes of raising $30,000 to rebuild the tavern. The page raised $10,861, which was enough to lease the new location, 10 mins away from their past Lake City spot.

Although Korochka Tavern is a wonderful addition to the neighborhood, it sad to see  Seattle is losing one of it’s best dives.

Head over to The Grizzled Wizard one last time, until Tuesday, December 31 to show off your love and support.