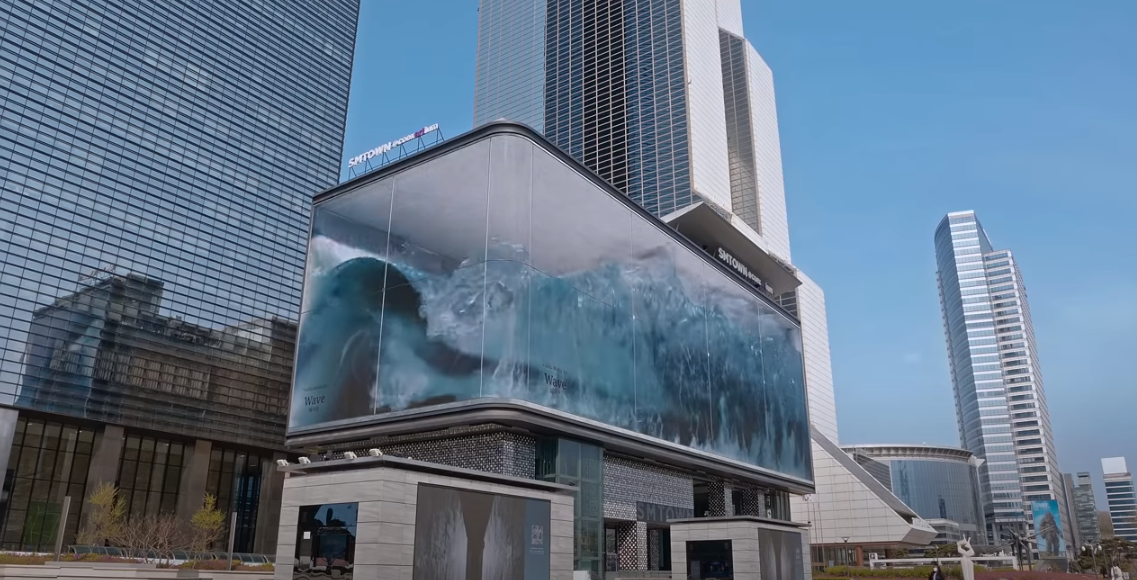 With the current state of the world, we could all use some calm and tranquillity in our lives. And what better way to relax and unwind than to observe the soothing sight and sound of an ocean wave rising and crashing?

A Korean design company, D’strict, has installed a new art exhibit in Seoul, South Korea called “Wave” that features an anamorphic illusion of an ocean wave captured and confined within glass walls.

The company announced on its Facebook that it would be venturing into the intellectual property (IP) licensing space. IP licensing is when an owner of a property provides a third party (the licensee) with the right to use a portion of its IP rights for a limited time, for certain products, typically in a restricted area.

“Wave” is the company’s first IP licensing endeavor. It is currently on display at the Coex K-Pop Square in Seoul, the largest and highest definition outdoor advertising monitor in South Korea.

“We aim to develop numerous attractive visual content that can be licensed into any size and shape of the public media screen consistently,” D’strict stated.

Without further ado, here is “Wave”: