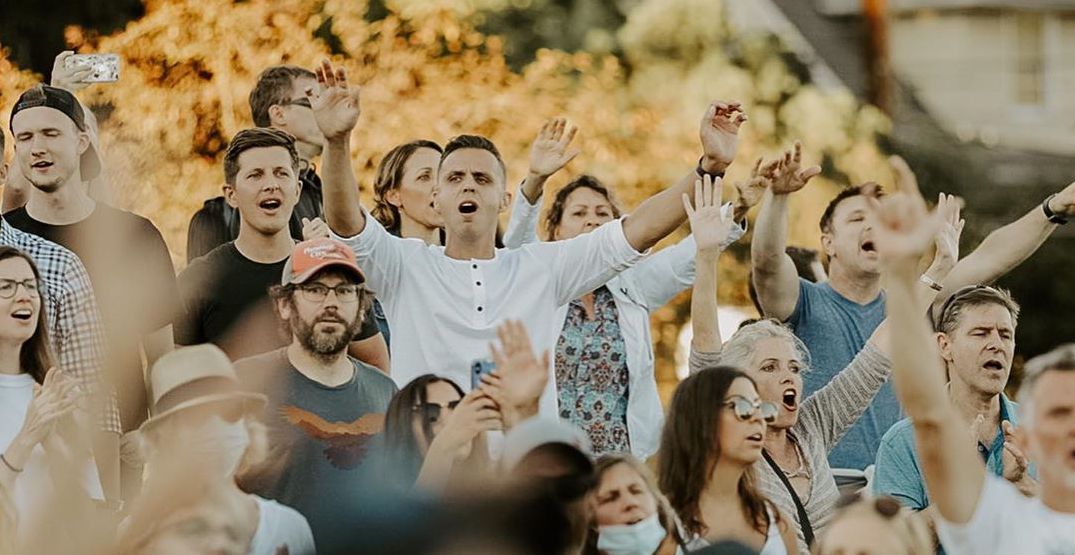 Cal Anderson Park filled with hundreds of people on Sunday who’d gathered to enjoy a “Let Us Worship” rally held by Sean Feucht.

The rally was just one stop on his tour across the States, which had “worshippers” singing and chanting and even getting baptized in a communal water-filled bucket.

Many attendees did not wear face coverings.

Feucht took to his Instagram on Monday to announce his satisfaction of the event, saying that the “time for courageous Christianity is here. No more backing down and fleeing for the suburbs. Jesus is coming for the hardest parts of our cities and He’s jealous for praise, love & salvation to fill the streets.”

The large group wasn’t met without protest, however, with Feucht sharing on social media that “Violent protestors showed up flashing knives! We had an entire satanic cult march through the worshippers the entire time yelling ‘Hail Satan!’ We had white Antifa yelling & threatening black local pastors! They yelled obscenities and cursed at my wife and kids all night long!”

He went on to say that “at one point, I had about 30 stationed bodyguards around myself and the band (you can see them in this vid) as they kept trying to storm the band and tackle them. They broke drums and guitar pedals! They killed our generators at one point…yet through it all…SEATTLE NEVER STOPPED SINGING!!!”