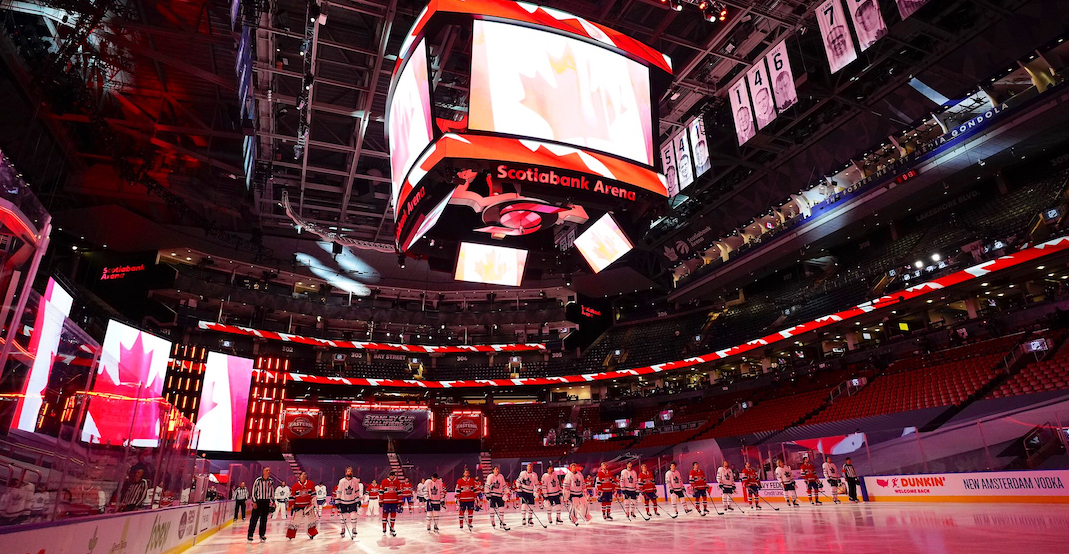 There are no fans, mascots, national anthem singers, beer vendors, or T-shirts getting shot out of cannons, but hockey is back.

The Philadelphia Flyers beat the Pittsburgh Penguins 3-2 in overtime in front of an empty Scotiabank Arena.

The NHL might look and sound different, it might be physically distanced, but yes, hockey is finally back.