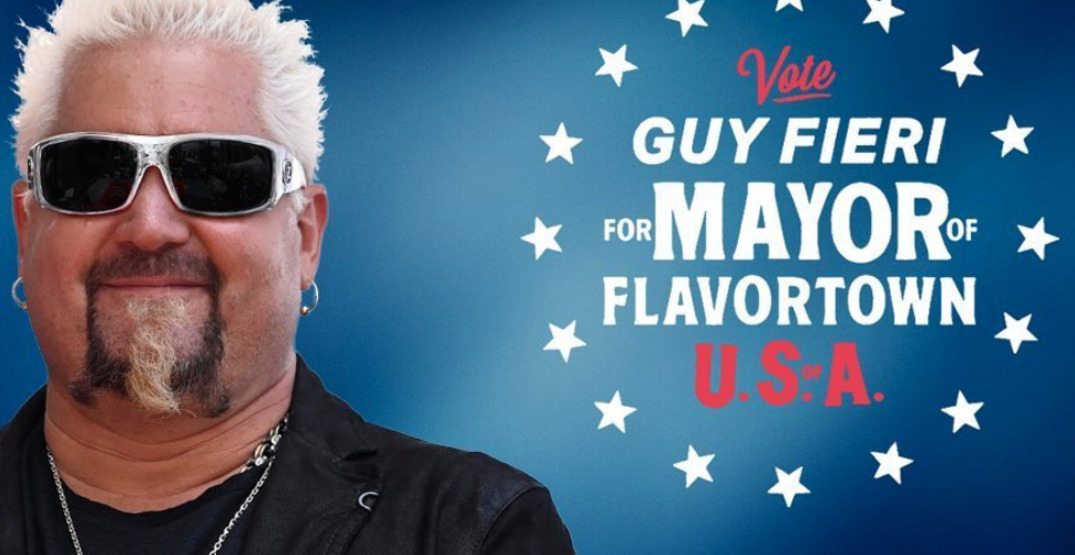 The petition to Mayor Andrew Ginther and the Columbus City Council argues that the city’s name is “tarnished” by being named after Christopher Columbus, “because of all of his raping, slave trading, and genocide,” which it asserts is “not exactly a proud legacy.”

Instead, Tyler Woodbridge, who started the petition, suggests that the city change its name to Flavortown, and his reasoning is two-fold. Firstly, it pays homage to Central Ohio’s culinary accolades as one of the country’s largest “test markets for the food industry.” Secondly, it would honor “cheflebrity” Guy Fieri, who was born in the city back in 1968.

“Naming the city in honor of him (he’s such a good dude, really) would be superior to its current nomenclature,” Woodbridge argues.

“Columbus is named for a genocidal maniac,” one user commented. “Changing the name would honor fantastic, diverse food instead of a douchebag.”

Mayor Ginther recently announced that the city would be removing the statue of Columbus near City Hall because, for many residents, “the statue represents patriarchy, oppression, and divisiveness.”

Woodbridge plans to take the petition to City Hall on Tuesday, June 30, and encourages his supporters to join them as they wear their most flamboyant Fieri-inspired clothing, carry signs, and raise their voices. He also urges them to cover their faces because of pandemic safety.