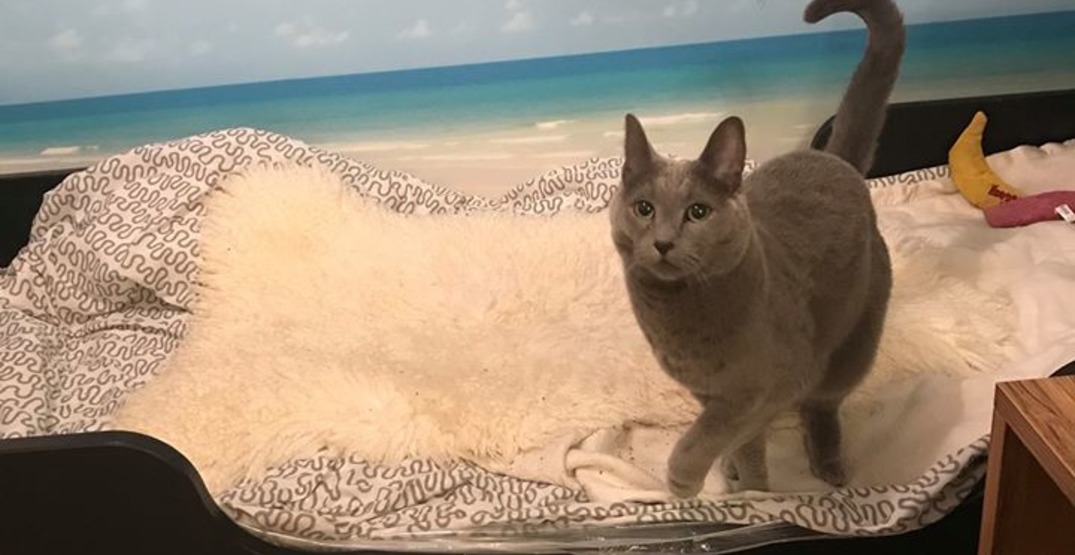 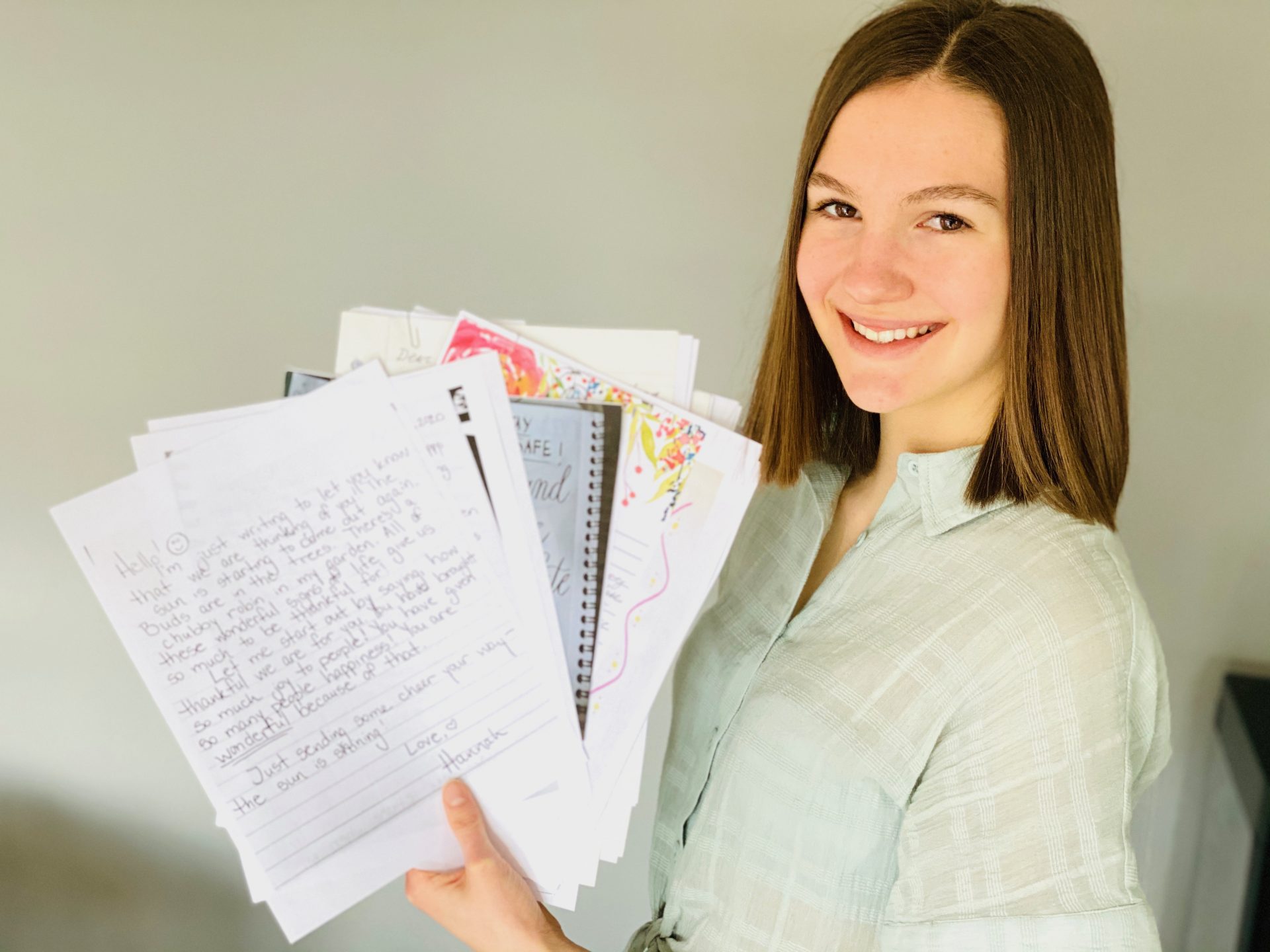 Sixteen-year-old Emily Truman from Lakeshore, Ontario, Canada, is the leader of the Stay Gold Society and founder of an initiative called Virtual HappyMail. Virtual HappyMail is a program that encourages individuals from all over the world to write letters of hope, encouragement, and kindness to seniors in long-term care and retirement facilities, as well as those who are homebound. “It is so important that the seniors who are feeling alone and helpless know that there are many people out there that care about them,” Truman says. Letters from across the globe, including Iceland, Belgium, Slovenia, and Argentina, have already been submitted for distribution. For more information on how to participate, visit the Stay Gold Society website.

Hotel Cat, a luxury cat hotel in Sway, Hampshire, in the United Kingdom, is providing free accommodation for kitties whose owners are hospitalized or are too sick to take care of them. The frequently hectic hotel is quieter than usual, and owners Jackie and Tim realize the substantial financial toll that many are suffering during these times. “We will look after it free of charge until they are back on their feet,” they say in a Facebook post, “It is at times like these that we must all look after each other.”

Some sports are slower. More about the strategy. pic.twitter.com/JMBaGJ1tSd

Andrew Cotter, a commentator for BBC Sport, is practicing proper social distancing by staying at home. However, it doesn’t mean that he has lost his passion for commentating. Cotter recently posted a video to Twitter that shows his two dogs vying for the same toy, and he couldn’t help but let his inner broadcaster shine through. You can’t help but smile at the video and root for the underdog — get it? Viewers can indulge in the adorable anticipation while getting their daily dose of an incredibly cute doggy duo. As of right now, the video has been retweeted over 179,000 times and has over 645,000 likes. 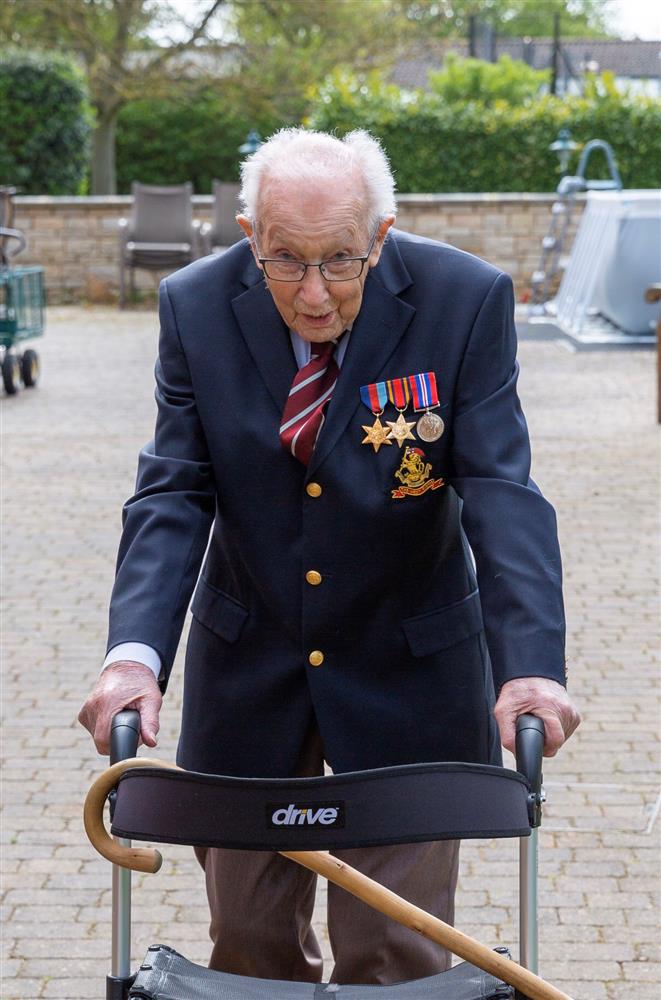 Captain Tom Moore, a 99-year-old British war veteran, is aiming to walk a hundred lengths of his back garden (which is 25 meters in length) before he turns 100 at the end of the month to raise money for the National Health Service (NHS). While his original fundraising goal was an ambitious £500,000 ($627,420 USD), his supporters have already blown that number out of the water. As of today, Moore has garnered over £4 million (~$5 million USD) for the NHS. You can watch Tom’s progress on the Maytrix Group Ltd. YouTube channel. If you are interested in donating to his fundraising for a very worthy cause, you can do so online.

Anyone who fondly remembers the days of Reading Rainbow can now share it with their children with a new initiative called “LeVar Burton Reads.” Burton will be hosting Twitter livestreams where he will share his love for reading and storytelling with children by reading various children’s books aloud. Thus far, Burton has read stories including Amazing Grace by Mary Hoffman, Look Both Ways by Jason Reynolds, Magnificent Pigs by Cat Rambo, and Enemy Pie by Derek Munson. Burton has also read his own stories, including The Rhino Who Swallowed a Storm, which he wrote with Susan Schaefer Bernardo. “LeVar Burton Reads” is an ideal option for those looking to share a relaxing stay-at-home activity with their little ones.