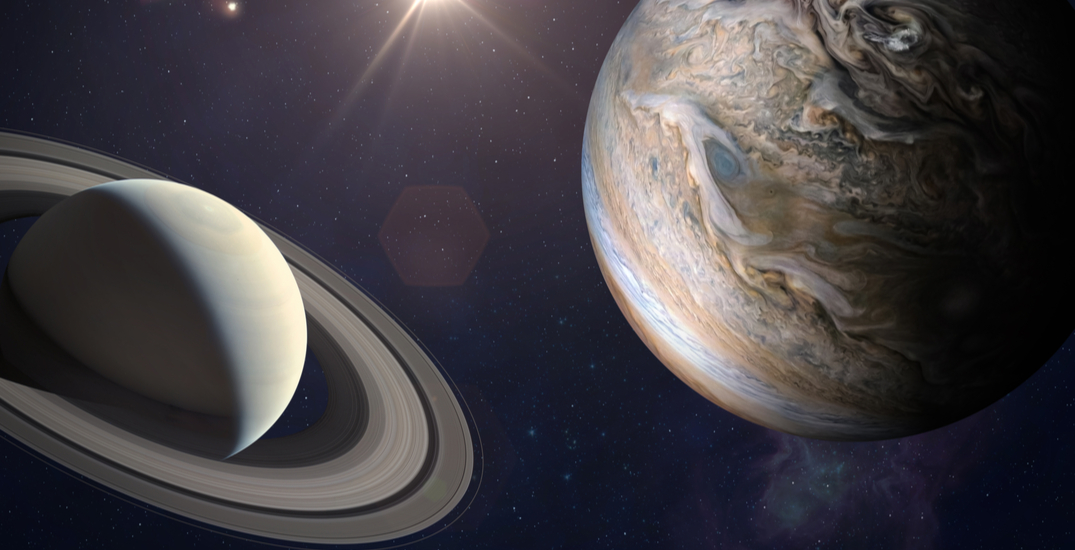 A “Christmas Star” will appear in the sky Monday night for the first time in almost 1,000 years.

According to NASA, our solar system’s two largest planets, Jupiter and Saturn, will come together on December 21 for a planetary conjunction popularly called the “Christmas Star.”

As they pass each other in the sky, the planets will be the closest they’ve been to each other in nearly 400 years. It will be the first time in close to 800 years that the alignment of Jupiter and Saturn will occur at night.

Officially known as the “Great Conjunction,” NASA said the gas giants will appear so close together tomorrow night that if you were to hold out a pinky finger, you could easily cover them both. 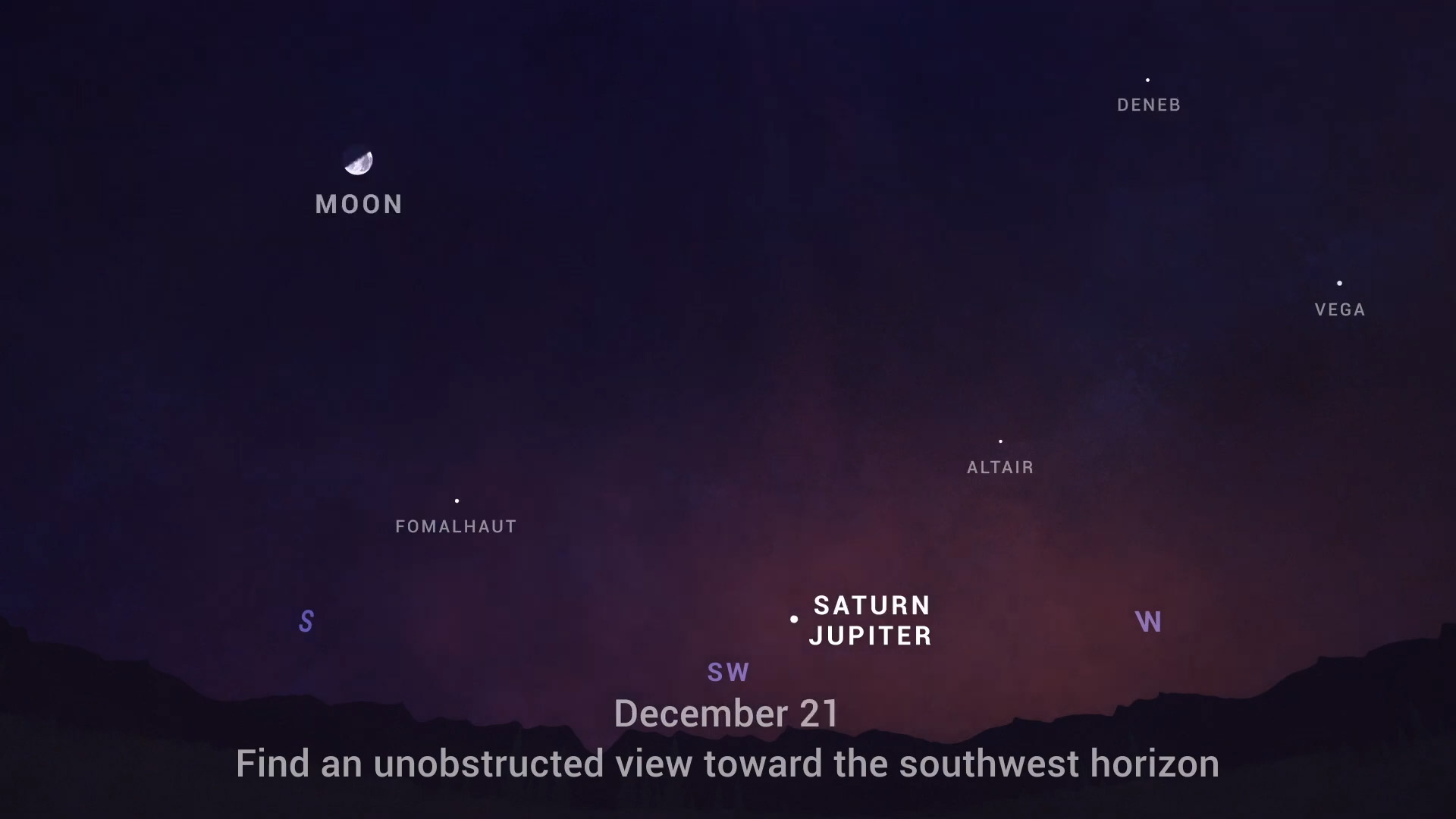 Despite appearing close together from Earth, the planets will still remain several hundred thousand kilometres apart out in space.

“The solstice is the longest night of the year, so this rare coincidence will give people a great chance to go outside and see the solar system,” said Henry Throop, an astronomer in the Planetary Science Division at NASA’s Washington headquarters.

To see the Christmas Star, NASA advises finding a spot, such as a field or park, that gives you an unobstructed view of the sky.

Look to the southwestern sky an hour after sunset. They say Jupiter will be bright and easily visible, while Saturn will be slightly fainter and will be to the right of its celestial neighbour.

The planets are bright enough to be seen with the naked eye from most major cities. But if you do have a small telescope or a pair of binoculars, you may be able to see four of Jupiter’s largest moons, too.