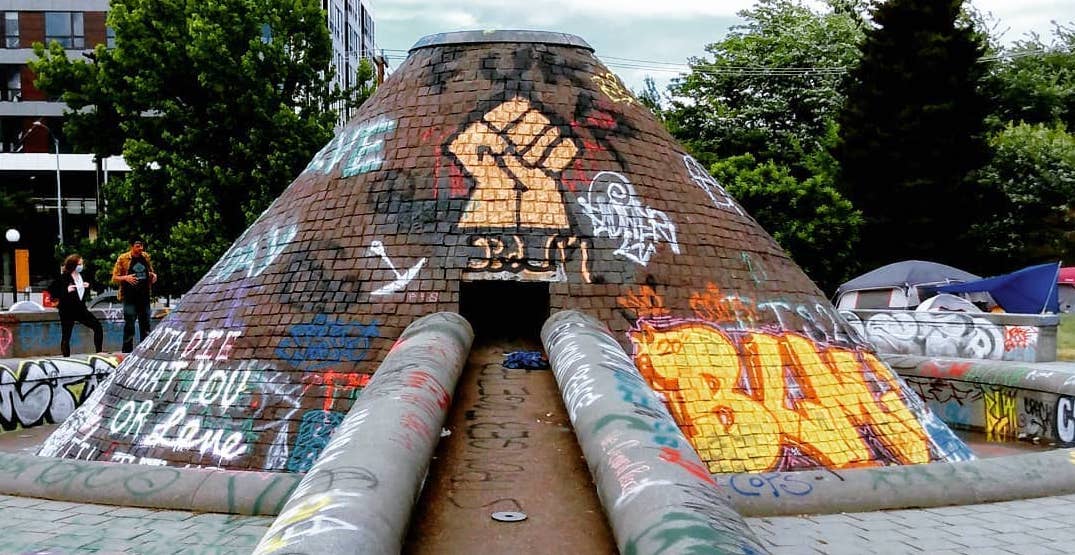 At 12 pm on Tuesday, Seattle Parks and Recreation (SPR) is temporarily closing Cal Anderson Park to assess any damage and clean up areas that have seen significant waste collection due to the area’s peaceful protests.

The City has ensured that the community garden and art installed by demonstrators will not be touched.

“The City’s goal remains to create safe spaces for residents to express their first amendment rights, while also preserving the public safety and public health of the area,” said a release from the City. “The aim is for Cal Anderson to be restored and repaired for future demonstrations and other park uses.”

SPR will spend the day removing litter, assessing the park and the critical reservoir infrastructure to see what larger cleaning or repair efforts will need to take place in the coming days. Later repair efforts may focus on damage formed by newly created fires pits, graffiti, fencing, vehicles on the reservoir, impacts to the lawns and the playfield, and other infrastructure.

Unless there are any incidents, Seattle police are not expected to be in Cal Anderson Park.