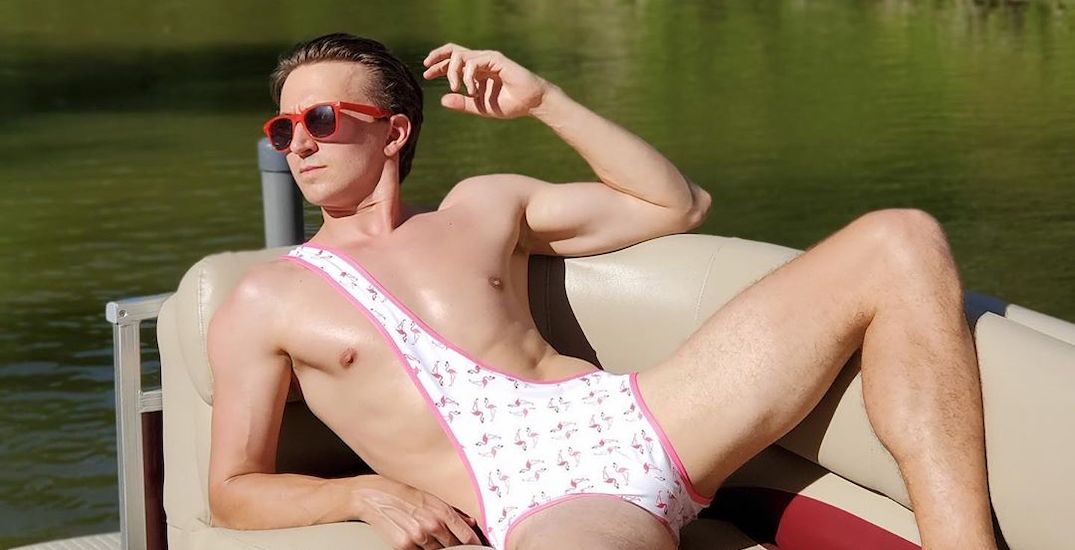 Step aside speedos, men’s bikinis are now a thing. Two Toronto “bros” are the masterminds behind Brokinis, the newest men’s swimwear.

Although summer is nearing its end, this “bikini for bros” is turning heads and catching attention for many reasons.

After years of trying to out-do their friends in costume parties, Chad Sasko and Taylor Field became inspired to create something new, looking to pass the bar and surprise their friends.

“The idea was born over many years. We started going to a lot of bachelor parties in our 20s, and our group of friends liked to wear costumes and funny bathing suits and things just got crazier and crazier with everyone trying to push the envelope with that,” said Field in an interview with Daily Hive.

“Eventually, we were just in speedos all the time. Chad and I got bored of that and thought, ‘how could we surprise our friends with something new?’, and so the Brokini was born.”

Having been best friends for years, the inseparable duo went from elementary school, high school, and right to business school together.

Despite Sasko living in Toronto and Field in London, Ontario, the business partners are closer than ever in this new venture which has taken the swimwear world by storm.

“The first three weeks after launch, we’ve had like five sales and they were all the friends who were just trying to support us and then since the last few days, we’ve basically sold out all of our stock, which we’re working hard to get in more,” Field said.

The new style of swimwear has been in development for about a year and 10 months and they’ve received attention from all over the world, including Italy, Russia, and Thailand.

“We’ve been getting so much positive feedback from different forums, different social media of people saying ‘can you do this, can you do that?’”

They retail for $45 each and certain sizes are already sold out due to popularity.

The creative yet elaborate strapped-speedo apparel is available in two different designs but Field says they plan to expand and create more designs and sizes in the future.