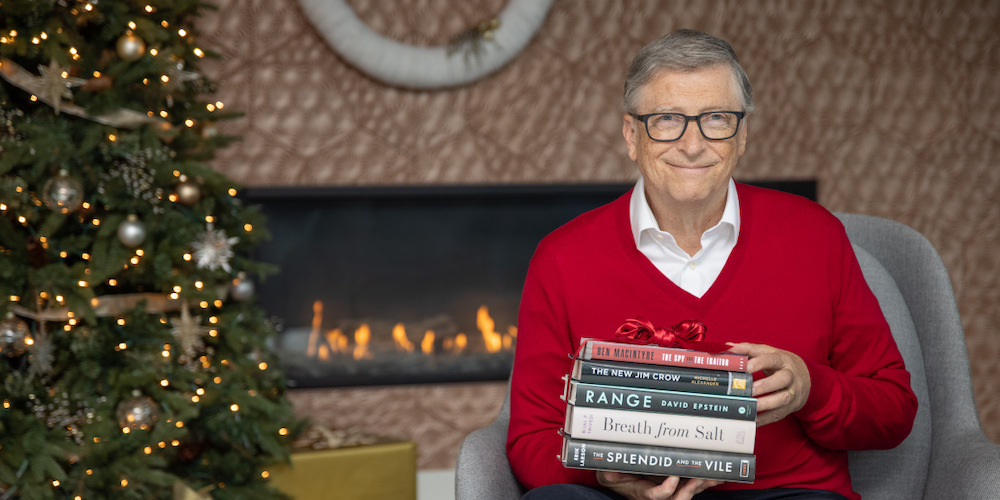 We all know Bill Gates, co-founder of Microsoft, philanthropist, and one of the most famous Washingtonians. At the end of each year, Gates releases his annual list of books to help you start the next year on a good note. His list for 2020 is out.

Gates’ 2020 list saw a variety of genres, as he chose to go deep into injustices and lighten up the mood with easier reads, he mentions in a blog post.

The first book on his list is The New Jim Crow: Mass Incarceration in the Age of Colorblindness, by Michelle Alexander. The book explains how the criminal justice system unfairly targets communities of color — Black communities in particular. “Like many white people, I’ve tried to deepen my understanding of systemic racism in recent months… I finished the book more convinced than ever that we need a more just approach to sentencing and more investment in communities of color.”

Gates’ second pick is Range: Why Generalists Triumph in a Specialized World, by David Epstein. Gates began following Epstein’s work after watching his 2014 TED talk on sports performance. In his book, Epstein argues that although the world seems to demand more and more specialization, what we actually need is more people “who start broad and embrace diverse experiences and perspectives while they progress.” Gates explained in his blog that “if you’re a generalist who has ever felt overshadowed by your specialist colleagues, this book is for you.”

The Splendid and the Vile: A Saga of Churchill, Family, and Defiance During the Blitz by Erik Larson is Gates’ third pick. The book discusses the happenings between the years 1940 and 1941 when English citizens spent almost every night huddled in basements and Tube stations as Germany tried to bomb them into submission. Gates compared their fear and anxiety to the fears with COVID-19. “Sometimes, history books end up feeling more relevant than their authors could have imagined.”

The next pick, another historical read, focuses on a KGB officer who became a double agent for the British and the American turncoat who likely betrayed him. The Spy and the Traitor: The Greatest Espionage Story of the Cold War by Ben Macintyre. “It’s every bit as exciting as my favorite spy novels.”

Gates’ final pick, Breath from Salt: A Deadly Genetic Disease, a New Era in Science, and the Patients and Families Who Changed Medicine by Bijal P. Trivedi, documents a story of remarkable scientific innovation and how it has improved the lives of almost all cystic fibrosis patients and their families. “This story is especially meaningful to me because I know families who’ve benefited from the new medicines described in this book. I suspect we’ll see many more books like this in the coming years, as biomedical miracles emerge from labs at an ever-greater pace.”