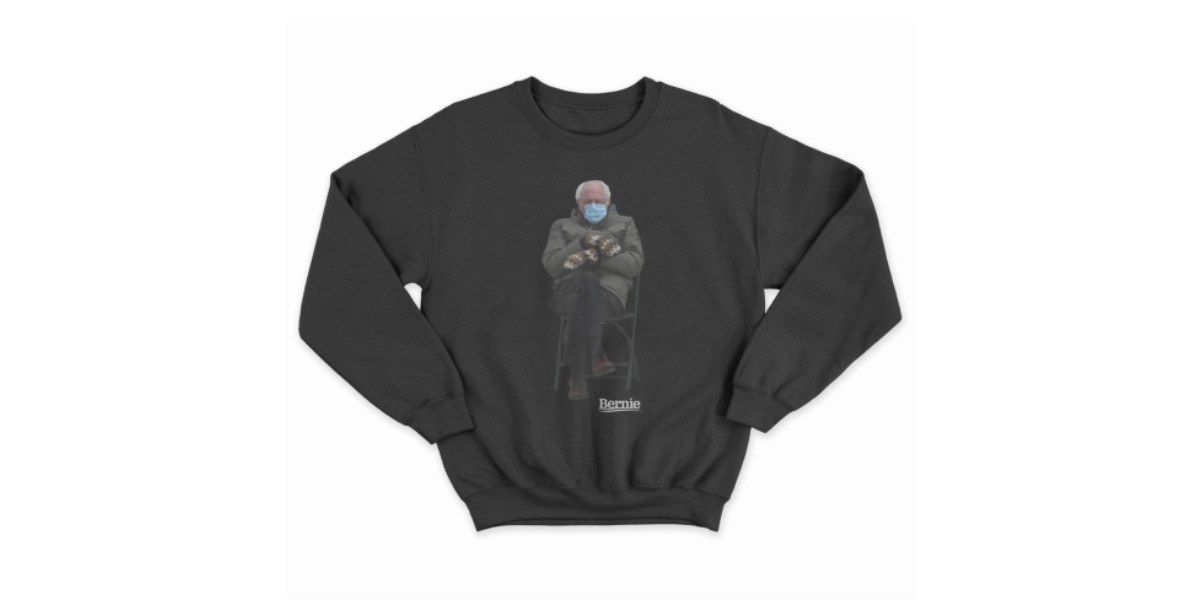 By now, you’ve probably seen all of the Bernie Sanders memes that floated around the interweb following Joe Biden’s inauguration on January 20.

Sanders has become the face of a meme once again, this time for simply showing up to Joe Biden’s inauguration in his signature Burton snowboard jacket and a pair of mittens gifted to him by a Vermont teacher.

Rather than simply ignoring the meme, Sanders’ team worked quickly to launch a crewneck featuring Inauguration Bernie on their website for $45. After initially selling out, the “Chairman Sanders Crewneck” was back in stock on Friday afternoon in sizes small through 2XL.

According to the website’s product description, 100% of the proceeds will go toward Meals on Wheels Vermont, which offers nutritious meals and companionship to ensure the health and safety of those in need.

Those interested in picking up a Bernie Sanders crewneck can do so online.