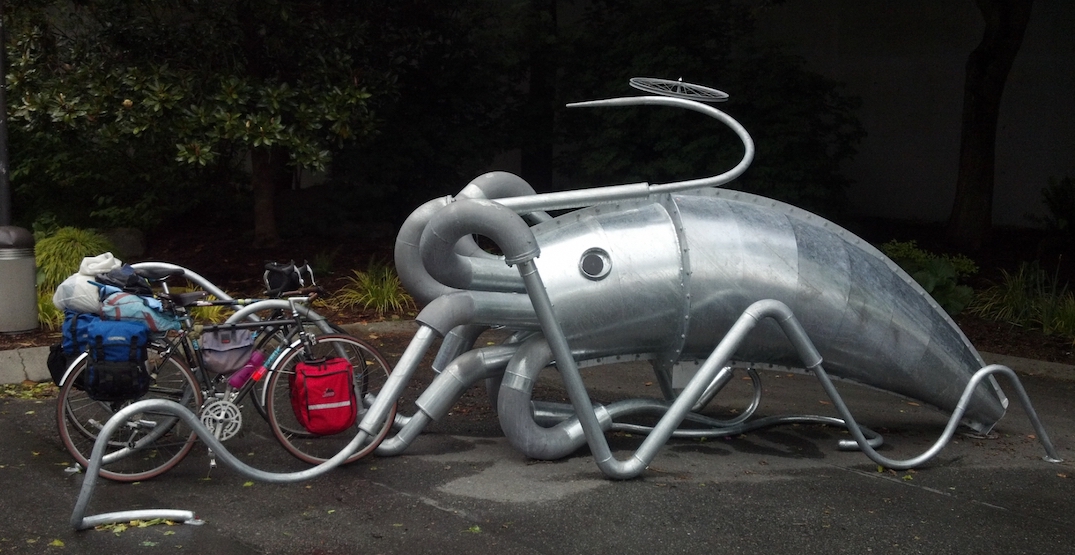 The parking squid that’s been lurking near the Seattle Aquarium since 2012 has officially moved into the Ballard neighborhood — at least for a little while, that is.

In order to make way for the new Pier 62 park construction, the galvanized steel structure has been relocated on the west end of NW Market Street in front of Portage Bay Café. 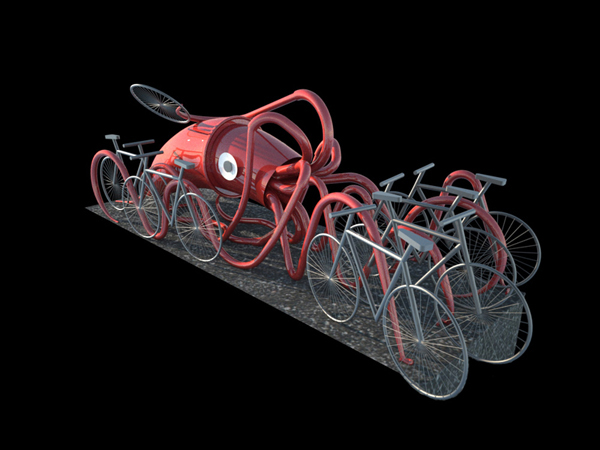 Rendering of the Parking Squid in action. (Susan Robb)

The functional art piece measures 18 feet by 7 feet and allows cyclists to lock their bikes onto the squid’s arms and tentacles. 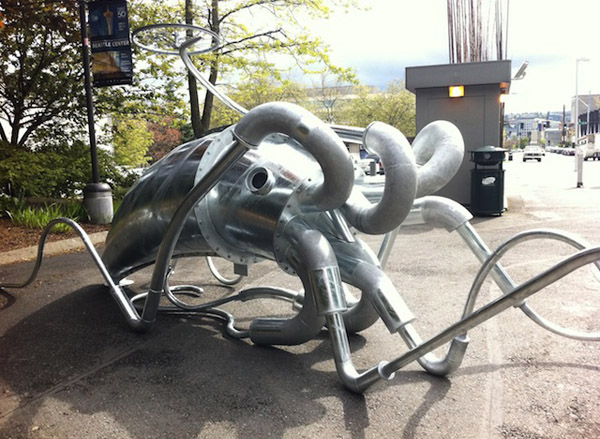 Local artist Susan Robb designed the parking Squid after being commissioned by the Seattle Department of Transportation in 2009 as part of the Office of Arts and Cultural Affairs’ 1% for Art program.
It is currently unknown how long the squid sculpture will remain in Ballard.