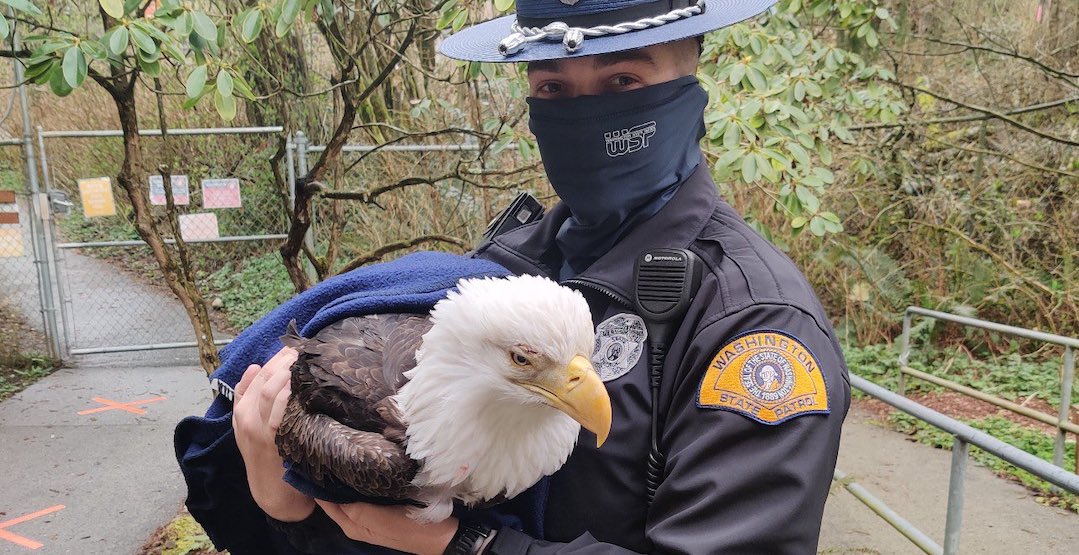 A bald eagle was discovered near the West Seattle Freeway on Sunday afternoon.

The bird was taken to PAWS Lynnwood for treatment.

This gorgeous eagle was found by a ⁦@wastatepatrol⁩ trooper SB I-5 today near the West Seattle Freeway. Alive and at PAWS Lynnwood for treatment !! #PAWS is awesome!! pic.twitter.com/20B8LGR2NR

Earlier this month, another bald eagle was discovered by a King County deputy in Skyway. It is believed that the bird was shocked by a power line.

Got a happy update from @PAWStweets on the bald eagle recently saved by a King County deputy in Skyway: Bird had a lot of swelling from injuries but is now recovering 👏 Vets believe eagle was shocked by a power line. @KIRO7Seattle pic.twitter.com/UhpdyDuU1C