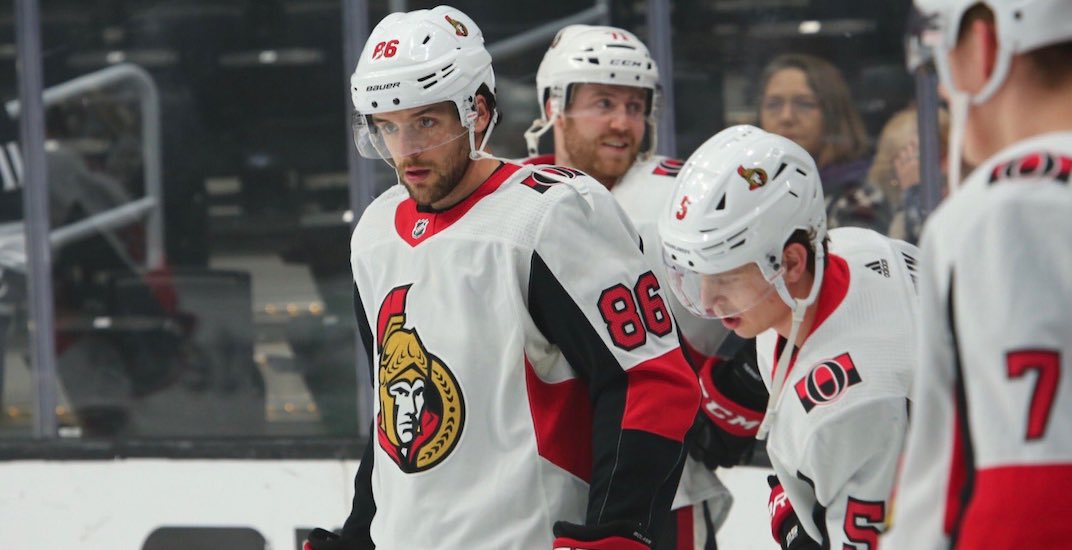 Four more members of the Ottawa Senators tested positive for COVID-19, the team announced, bringing their total up to six — by far the most publicly reported cases in the NHL so far.

The Senators previously announced that two players tested positive for the coronavirus. The team didn’t specify whether the four new members who contracted the virus are players, coaches, or other staff, only saying that they all traveled to California before the NHL paused its season on March 12. Senators color commentator Gord Wilson previously confirmed he had coronavirus.

Just did a quick hit with @CTVOttMornLive updating my life with Covid-19. Sense of smell and taste returned yesterday. Yay. More energy as well. Hoping the corner is being turned. Small victories but much needed. Day 14 since test. #washhands#StayHomeSavesLives

Ottawa’s last three games before suspension of play all came in the hard-hit state of California, with games in San Jose (March 7), Anaheim (March 10), and Los Angeles (March 11).

“Members of the team and staff self-isolated on Friday, March 13, and are all doing well,” the Senators announced. “All test results have now been received, and all those who tested positive have recovered.

“The Ottawa Senators’ medical team continues to monitor players and staff and are following all appropriate and professional guidelines to help ensure the health and safety of our employees and the greater community.”