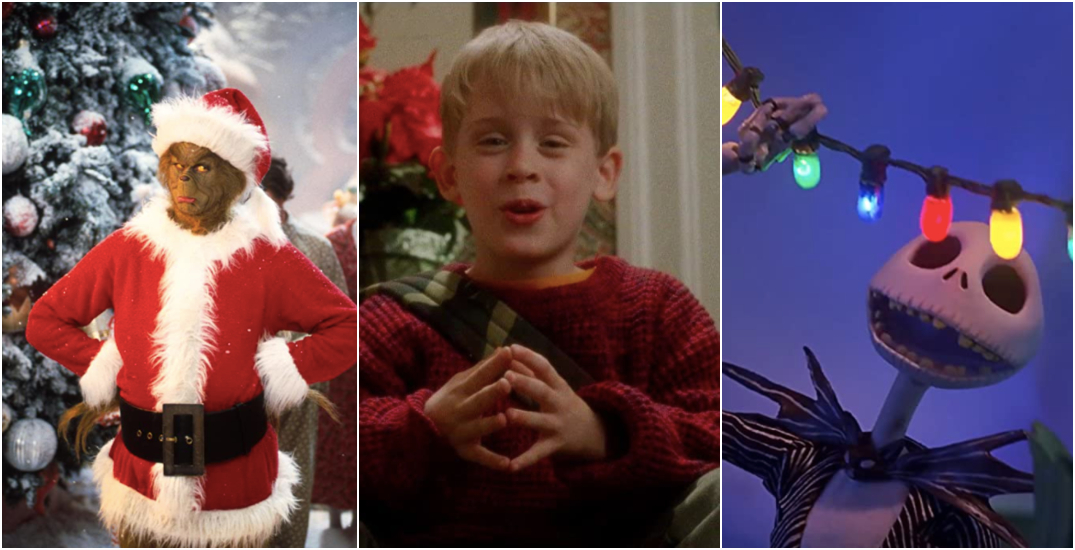 It’s arguably the best time in the history of humanity to do nothing except watch movies, and considering we’ve all been limited to a much different holiday than we’re accustomed to, you might as well get into the festive cheer through the magic of film.

Whether you’re thinking about something festive, a rom-com under the mistletoe, some Christmas classics, comedies, or something in between, here are a few flicks that are worth the watch in December and January.

Fire up that hot chocolate and toss on a comfy pair of sweats and slippers. You earned it.

Considering we’re not in line to head out on any holiday vacations, go on Christmas vacation with the Griswold family in this classic comedy.

You’ll laugh ’til it hurts.

So many Christmas movies have footage from this iconic film, you can’t go wrong as a lawyer and a little girl prove that local man Kris Kringle might be more magical than you think.

Come on, Bill Murray and the holidays? Talk about a powerful duo. Scrooged has turned into a loyal cult flick for comedy fans.

The Santa Clause is responsible for getting kids of the 90s spelling Santa Claus wrong.

It’s also a classic film that follows an ordinary man stumbling into the role of becoming the jolly red-suited man.

If you’re looking for a different sort of Santa, Billy Bob Thornton takes on the jolly old man like you’d never expect – full of mischief, alcohol, and swear words.

Debate all you will, is it a Halloween movie or a Christmas one? The ghoulish Jack Skeleton discovers the true meaning of the holiday in this stop-motion animated Tim Burton classic.

One of the film industry’s biggest stars plays Buddy the elf, an adult man who grew up thinking he’s an elf who travels to New York to find his biological father.

Jim Henson’s muppets, Ebenezer Scrooge, and Christmas, what more could you want?

Macaulay Culkin plays Kevin McCallister, a mischievous kid (who loves cheese pizza) who must thwart criminals’ plans on breaking into — come on, we all know what this classic is about. It’s a holiday must-watch.

The leg lamp, the pole-licking, the trip to see Santa at the mall, it’s an absolute classic Christmas film.

Arguably the most beloved Christmas flick of all time, It’s a Wonderful Life follows a suicidal man (Jimmy Stewart) in a pretty depressing but wonderful story.

Jim Carrey takes on the classic role of The Grinch and takes on an animated character in a way that only Carrey can.

Besides the classics and the dramas, go real dumb with Ernest P. Worrell as he and Mr. Claus on a mission to retrieve the all-powerful knapsack.

It’s so dumb but so good.

A father vows to get his son a Turbo Man action figure for Christmas as Arnold Schwarzenegger gives an all-time quotable performance.