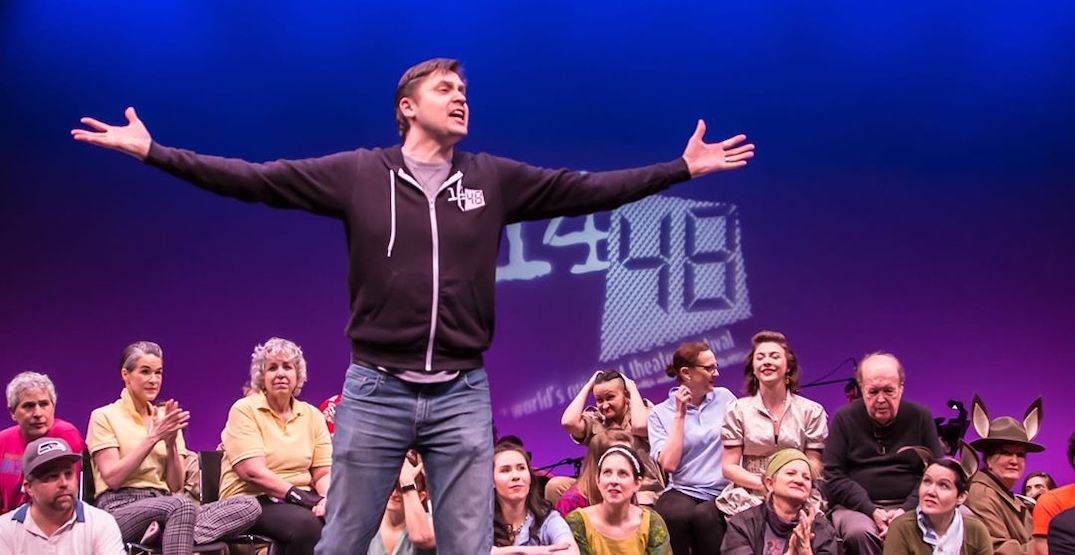 It’s been argued that attention spans are getting shorter, and heck, we don’t blame you if you can’t even make it to the end of this article. For the sake of keeping you immersed, here’s all the info you need about The World’s Quickest Theater Festival as quick as we can make it.

Early Thursday night, participants will choose a theme by completing the sentence: “Theater would be a lot more interesting if there were seven ten-minute plays about ____.” One answer is then chosen at random and becomes the theme for the following evening. Seven writers must then work through the night to submit a brand-new ten-minute play based on the chosen theme by 8 am Friday morning.

On Friday morning, seven directors will randomly draw one play from the seven and blindly choose their actors’ names on slips of paper to cast the show. A band will then show up to provide music and sound, designers create technical aspects as directors and their casts rehearse all day. Each play will have twenty minutes to have a full tech rehearsal.

Finally, on Friday night, the seven plays will debut two performances, at 8 and 10:30 pm. The 8 pm audience then provides the theme for Saturday’s show via a random drawing, and the seven writers go home to re-start the process, ending up with 14 plays in 48 hours.

The festival will run through two weekends, with four days of showcases: