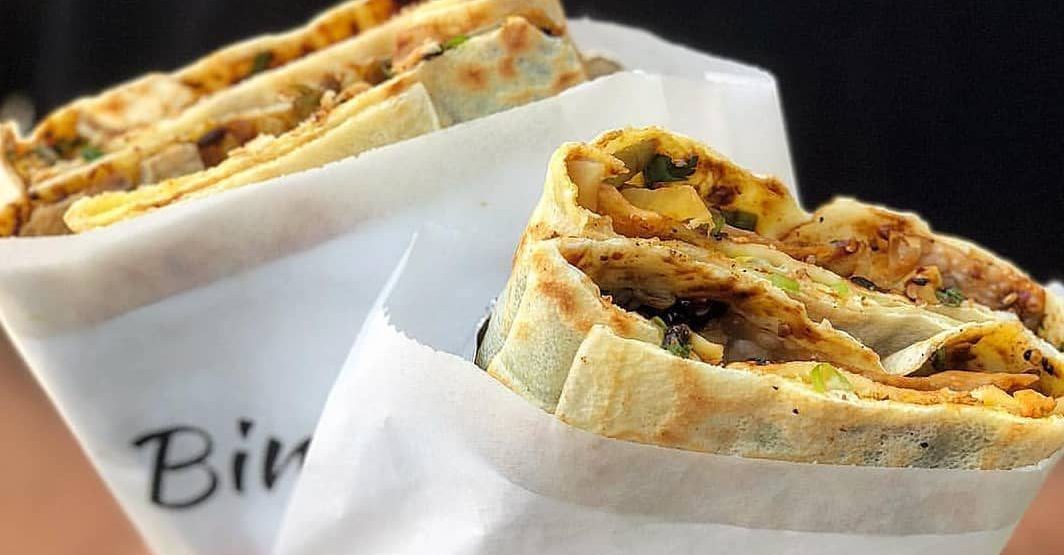 While dining establishments remain closed due to state orders, it’s essential we continue to support local restaurants and culinary adventures.

Today, we’ve got something special.

It’s World Jianbing Day, which means we’d be hard-pressed to find a better suggestion for something to eat than Portland’s legendary Bing Mi food truck.

Jianbing is a type of Chinese street food that closely resembles the french crepe, but it leans to the savory side.

Bing Mi is a food cart that has become wickedly popular around town. Their tiny truck pumps out jianbing by the handful, and is easily one of the most flavor-packed pockets of food you can find anywhere on this coast of the United States.

Being that it’s World Jianbing Day, our suggestion for what to order is pretty dang obvious, isn’t it?

“Legend has it that jianbing was invented nearly 2,000 years ago during the Three Kingdoms period, when the chancellor in Shandong Province was faced with feeding an army of soldiers who had lost their woks,” reads the Bing Mi website.

Or, if you’re not hungry, you can always pick up a gift card for Bing Mi.