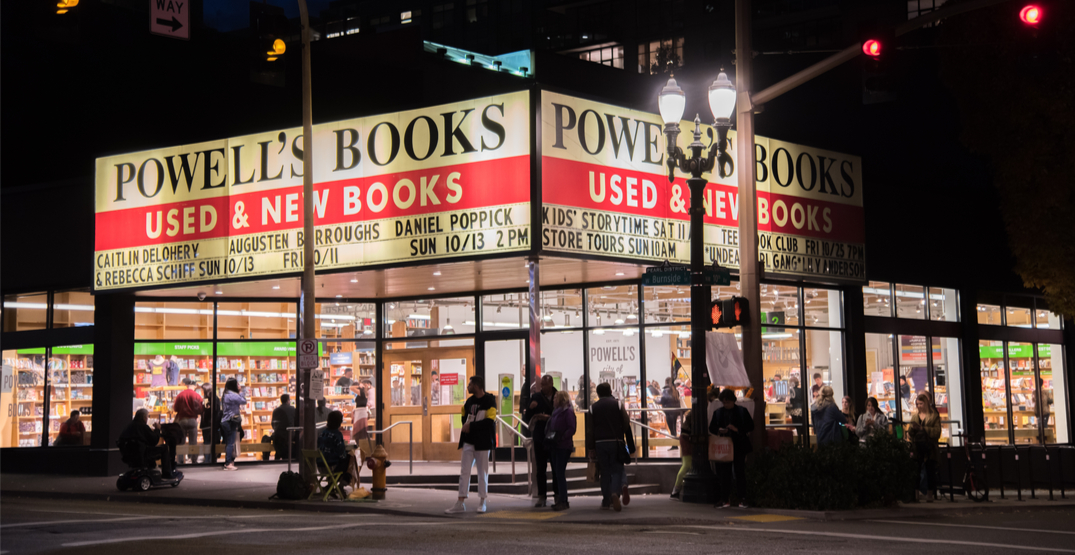 Among the many things we’ve seen an uptick in since the pandemic shutdowns swept across our nation, reading has become a star in the night sky.

Portland is fortunate enough to be home to the world’s best book store, Powell’s. After recently closing its doors, the shop announced that it was able to re-hire many of its employees to keep up with the surge in online sales.

“There are times when it is hard for me to fully remember that love, which was once so fragile, and so fierce. But I remember the dogs.” – Jennifer Finney Boylan

Good Boy examines the relationships between humans and dogs. A semi-memoir, the story is a look back into Boylan’s life as told via the memories she has with the dogs in her life.

Consider This by Chuck Palahniuk

“We all die. The goal isn’t to live forever, the goal is to create something that will.” – Chuck Palahniuk

It is without a doubt that the prodigal Oregonian Chick Palahniuk helped shape the new millennium with his works like Fight Club. In this memoir, Palahniuk dives deep into his writing career and reaches an unfathomable level of realism and sensitivity.

“But in a solitary life, there are rare moments when another soul dips near yours, as stars once a year brush the earth.” – Madeline Miller, Circe

A compelling and touching story of Circe, a lesser god in Greek mythology, as they strive to find a connection with deities and humans alike. It’s a treasure the way Miller twists a turn of phrase, and the poetry in her prose will stick with you long after you close the cover.

Good Talk: A Memoir in Conversations by Mira Jacob

“There’s a particular kind of close you get when you find someone you can trust in a space you don’t.” – Mira Jacob

Jacob takes to their own world to express heart-pounding, cheek-flushing stories through a mixed-media comic book-style delivery. From the author of the popular Sleepwalker’s Guide to Dancing, Jacob hits her stride in a serious and unforgettable way.

“For this ragtag band of space gays, liberation means beating the patriarchy at its own game.” – IDW Publishing

Templer dazzles with this first book in her new series, as she explores the universe with a gloriously charming group of rebellious fighters, mechs, and one of the grandest adventures put to paper in ages. Cosmoknights Book 1 is a must-read, and we’re counting down the minutes until Book 2.

The Luminous Dead by Caitlin Starling

“That was the look of somebody resigned to being the monster they knew they were.” – Caitlin Starling, The Luminous Dead

For lovers of a creepy trip through science-fiction horror, this debut novel by Pacific Northwest author Starling has easily shot them up our list of favorite modern-day storytellers. Join “caver” Gyre on this terrifying journey as she realizes her new job is far more than she bargained for.