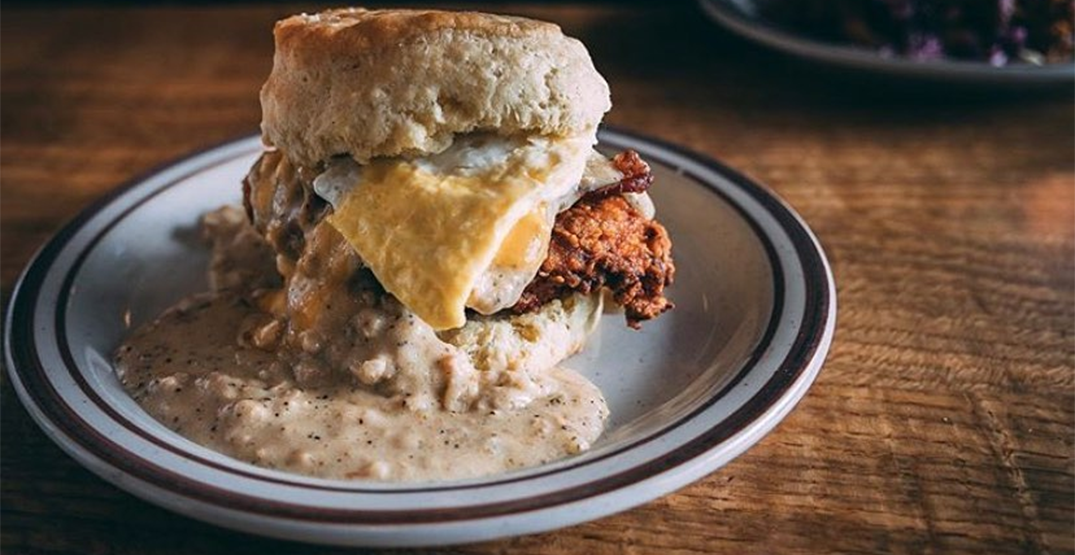 There aren’t a lot of meals that are as satisfying, weighty, and profoundly Portland as a heaping plate of biscuits and gravy.

Of all the perfectly palatable biscuit spots in Portland, Pine State Biscuits is celebrated by locals and visitors alike.

Founded in 2006, Pine State has grown up quite a lot in the last decade, making for some of the most easily suggested eats in the entire state, let alone this city.

However delicious their entire menu may be, one item on the list of options at Pine State Biscuits is bold, beautiful, and sometimes beyond comprehension.

The Reggie has been featured on countless food lists and television programs and will remain on the tip of the tongues of Portlandians for decades (we hope) to come.

With a classic Pine State Biscuit, cheese, fried chicken, and gravy, the Reggie is a mountain of tastiness.

Pine State Biscuits is offering takeout make-it-yourself kits that include their world-renowned Reggie.