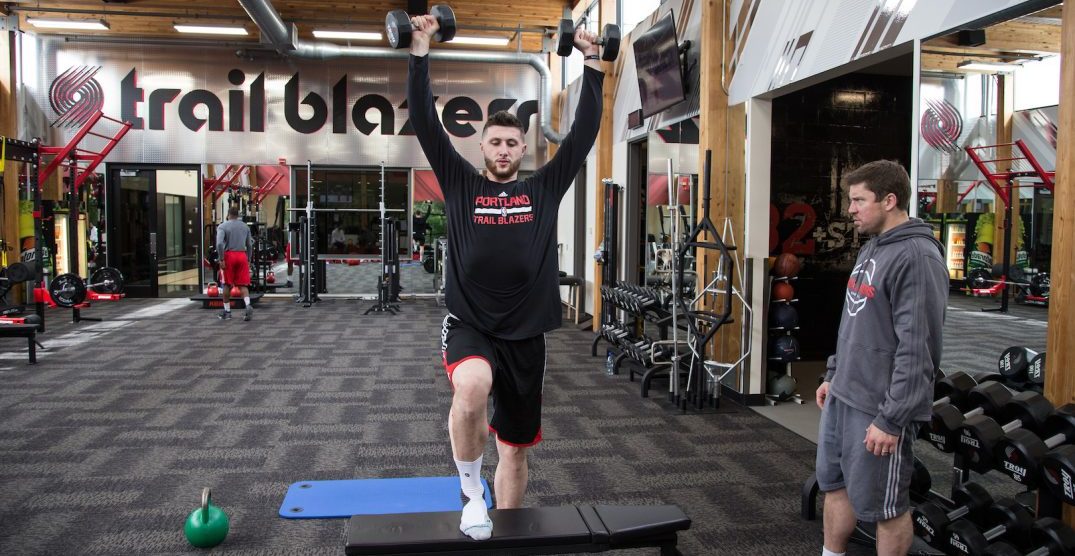 The NBA announced that it has informed its teams that the league is planning “to modify its guidance regarding the use of team practice facilities and player training.”

According to the league, this news comes as a number of state and local governments made modifications of stay-at-home orders and other restrictions on non-essential business activities this week.

“The purpose of these changes is to allow for safe and controlled environments for players to train in states that allow them to do so, and to create a process for identifying safe training options for players located in other states,” reads a statement by the NBA.

The league is aiming for no earlier than Friday, May 8, as the start for new rules.

Daily Hive reached out to the Portland Trail Blazers on Monday, but the team declined to comment.

The NBA said that the changes to the rules would allow teams to make their practice facilities, such as the Blazers Practice Facility in Portland, available for use by the team’s players for workouts or treatments on a voluntary and individual basis.

It’s important to note that the league’s statement includes the stipulation that it may be able to re-open “if the team’s facility is in a city that is no longer subject to a government restriction.”

“For any team that, due to a government restriction, is prohibited from making its facility available for use by the team’s players, the league will work with the team to identify alternatives,” said the NBA.

The restrictions that would apply include: no more than four players permitted at a facility at one time, no head or assistant coaches could participate, no group activities like practices, and players would be prohibited from using non-team facilities like public gyms.

As of Monday, Oregon remains still under a state of emergency, and state-mandated stay-at-home orders are in full effect.