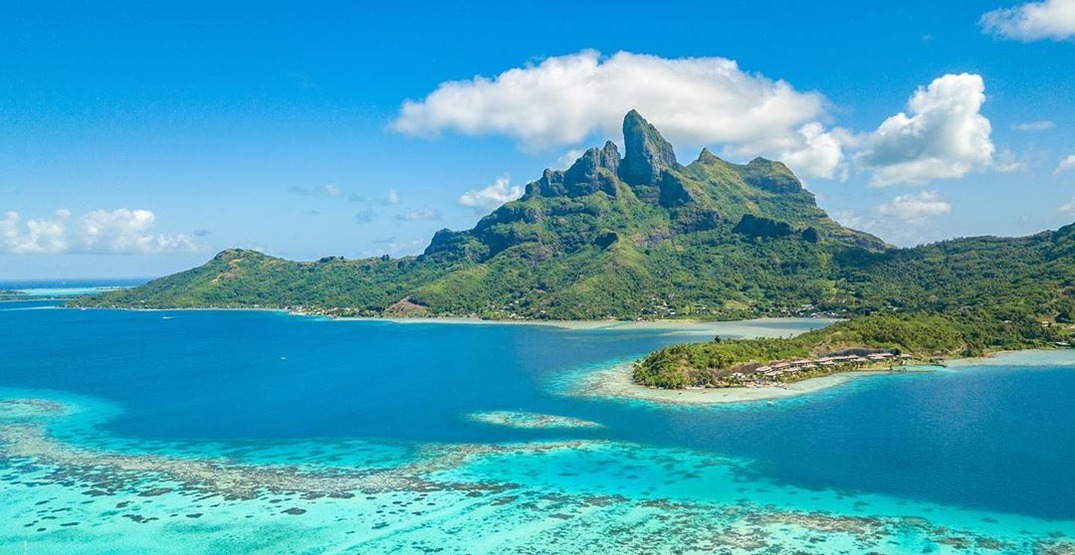 As the world continues to practice physical distancing by staying at home, sustainability and the future of our planet is more imperative now than ever before.

Today marks the 50th anniversary of Earth Day, an annual event whose purpose is to show support for environmental protection across the globe.

This year will be an Earth Day that the world will undoubtedly remember. And while we may not be able to travel and participate in Earth Day this year by striking out to explore it, people around the world remain adamant about taking part in any way they can.

Here’s how locations around the world are celebrating.

It is no secret that the alluring beaches, tropical climate, and pristine blue waters of Barbados have enticed travelers to journey to its shores for years. However, while it is an ideal tropical escape, the Caribbean island is also passionate about conservation and environmental protection. The island has created multiple establishments that promote various environmental endeavors, such as designing designated marine reserves, including Carlisle Bay and Folkestone Marine Park, both of which vie to preserve the environments and habitats of the island’s marine life. The efforts also extend to land.

The Barbados Wildlife Reserve was established to ensure the protection of the wildlife of the island by providing areas where they can peacefully exist in their natural environments. Users can enrich their Earth Day celebrations by taking a virtual tour of the reserve online.

Belize is adamant about maintaining and supporting various environmental initiatives and programs whose purpose is to preserve and protect its extensive biodiversity and a multitude of unique habitats. The country is home to the second-largest barrier reef in the world after the Great Barrier Reef in Australia. It is aptly named The Belize Barrier Reef and is a UNESCO World Heritage site. The country’s various efforts to maintain the integrity of this reef further serve to prove the significant amount of energy that it devotes to environmental sustainability. For example, Belize encourages locals and tourists alike to visit the reef but to do so responsibly through measures such as wearing reef-safe sunscreen and not coming in direct contact with the reef.

Along with the Belize Barrier Reef preservation efforts, Belize has other initiatives to protect the various landscapes that exist within its borders. One such example is the Mountain Pine Ridge Forest Reserve, which encompasses 300,000 acres of protected pine forest. It is also home to the magnificent Big Rock Falls.

One of the most significant reasons why people choose to journey to Australia is the outstanding landscapes and incredibly diverse wildlife that cannot be found anywhere else on the planet. As such, the country is devoted to ensuring the preservation of its various landscapes and habitats. Not to mention, a large portion of the country’s identity is saturated in its breathtaking natural wonders, and activities such as hiking, surfing, and diving remain popular pastimes for visitors and locals alike.

Australia is home to a plethora of national parks and nature preserves, one of the most frequented being Uluṟu-Kata Tjuṯa National Park, home to the iconic Ayers Rock. You can bring some Aussie charm to your Earth Day by enjoying a 360-degree virtual tour of Uluru. Additionally, users can partake in an immersive interactive experience of one of Australia’s marine pride and joy, the Great Barrier reef, with a particularly notable virtual tour guide, Sir David Attenborough.

People from all over the world journey to Canada to see its breathtaking natural beauty for themselves. From snowy mountain peaks to dense and luscious forest to the beautiful and captivating oceans, Canada takes immense pride in its bountiful natural wonders. For those wishing to experience all of the above, look no further than Squamish, British Columbia. The natural surroundings of Squamish play a huge role in the town’s identity as well as its economy through activities such as snowboarding, hiking, and mountain climbing. As such, it is dedicated to ensuring the preservation of its various landscapes.

For those who would like to bring some unfiltered wilderness to their Earth Day celebrations, they can do so by exploring Squamish online. Squamish is surrounded by eight amazing provincial parks each as beautiful as the last. It is also encompassed by the Skwelwil’em Squamish Estuary Wildlife Management Area and is designated an “Important Bird Area” by Birdlife International by providing a habitat for over 200 species of local and migratory birds.

The Islands of Tahiti are an ecological paradise that is passionate about ensuring the natural beauty of the region remains intact through practicing safe ecotourism and launching multiple sustainability and preservation initiatives. Even the accommodation is eco-friendly, with locations such as Le Meridien Bora Bora, which is home to two establishments that work diligently to preserve the local wildlife and fauna. The resort’s Ecological Center project works to restore the surrounding coral reef. Additionally, the resort is home to The Turtle Center project, which generously works to rehabilitate sea turtles to return them where they belong, back into the wild.

Users can indulge in the natural beauty of the iconic Islands of Tahiti by visiting virtually online to experience a 360-degree virtual tour of the resort. Additionally, for those who can’t get enough of the beautiful sea turtles of the region, the breathtaking island of Moorea is home to the Sea Turtle Care Center at the InterContinental Moorea Resort & Spa, which also contributes to rehabilitation efforts. The islands of Tahiti are also home to one of the largest shark sanctuaries in the world in the Fakarava atoll.