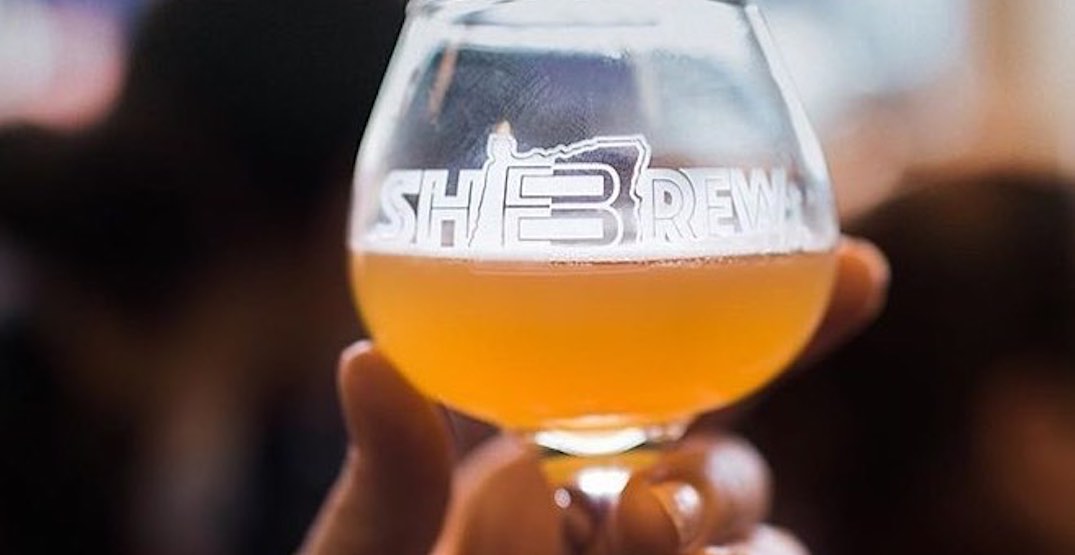 SheBrew is an incredible event that’s coming to Portland soon, that focuses exclusively on women who work in, and are a part of the craft beer, cider, and mead world.

The event will be kicking off women’s history month in March, and this year’s event will mark the sixth year of the festival.

Badass Brewer Nina Houts @nefariousbrews is back for a second year brewing up something special at @hopworksbeer for the fest!

The SheBrew Festival is a celebration of female brewers, cider and mead makers, both amateur and professional, as well as a positive and welcoming space for all genders and ages.

Held at the Buckman Coffee Factory in southeast Portland, this event features an invitational of ten local female homebrewers as well as more than 30 female pro brewers of beer and cider and mead makers. Attendees can expect specially brewed craft beverages made exclusively for the festival.

This festival supports all women in addition to the LGBTQ community, and proceeds from the event go to the Human Rights Campaign and the Oregon Brew Crew.

Another returning Badass Brewer is Madeleine McCarthy @maddynwondrland of @migrationbrewing! Tickets are already on sale at SheBrew.beer…

According to organizers, along with a homebrew competition held two weeks prior to the festival, SheBrew is a two-part event that culminates in a day-long festival, highlighting women owned and operated businesses, female musicians, comedians, and community partners.