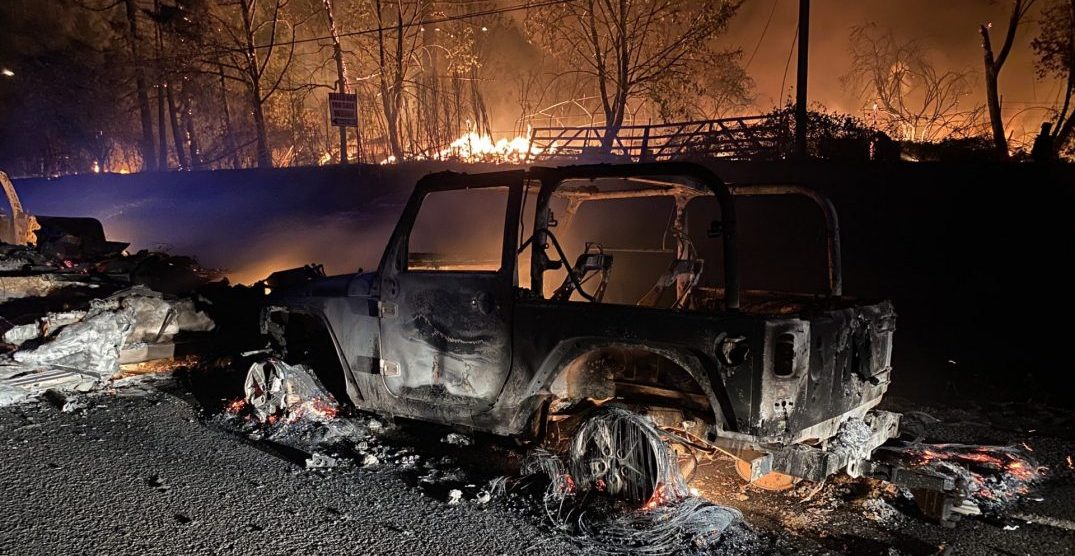 Emergency crews, firefighters, and first-aid personnel have been scrambling to contain the critical state of the wildfires throughout Oregon.

One of the worst fires currently growing is mere hours away from the Portland area, just outside of Salem, in Clackamas County. With northern winds, the Clackamas County emergency services, alongside the Oregon Forestry Department, have continued to expand evacuation orders north of the ongoing Riverside fire.

At time of writing, Level 1 warnings (“be ready”) stretch to nearly the southern-most tip of the city of Portland, reaching Lake Oswego and Tigard. 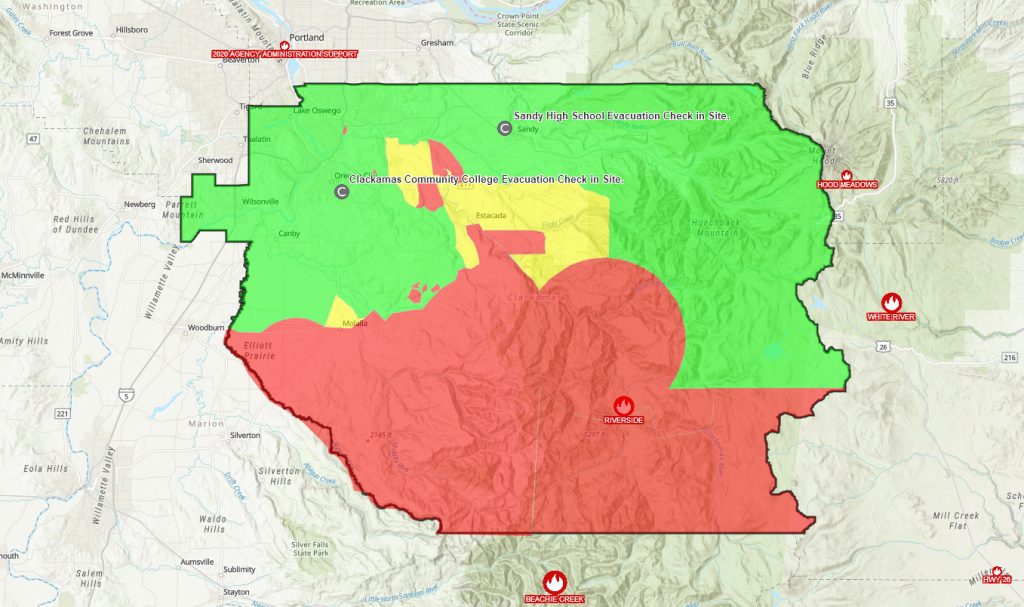 Level 2 notices (meaning “be set” to leave at a moments notice) have expanded to Currinsville, Estacada, George, Bissell, and Springwater.

For emergency services, supplied to those who have had to flee their homes during these evacuations, a Red Cross shelter has been set up overnight at the Clackamas Community College, just south of Oregon City.

A second evacuation emergency shelter has been set up just west of Sandy at Sandy High School.

For up-to-date evacuation warnings concerning the Riverside fire, keep a close watch on the Clackamas County fire watch map, and ensure that evacuation requests are followed as the situation changes throughout the week.