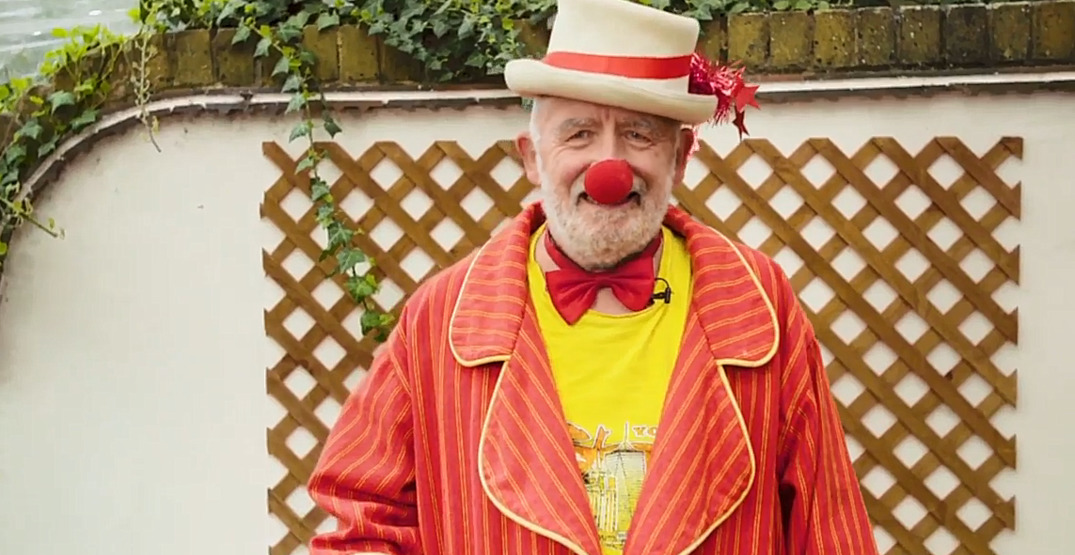 Batman has been spotted in Scotland spreading joy to children

Gee willikers, Batman! Sightings of the Caped Crusader have popped up around the town of Kilbirnie, Scotland, where he has been seen entertaining children while the country is on lockdown. According to a local source, the Dark Knight anticipates venturing out for the next few weekends so that everyone has a chance to see him, a change from his otherwise reclusive personality. The fun act of kindness has no doubt brought joy to residents of all ages.

You can watch twin polar bear cubs play via livestream

Get ready to aww like you’ve never aww’d before because you can now watch the adorable antics of two twin polar bear cubs from this live cam courtesy of Polar Bears International and explore.org. The footage comes from the Ouwehand Zoo in Rehen, Netherlands, and features the twins and their mother, to whom they still remain very close. The gender of each cub remains unknown for now, but the zoo hopes to find out soon so they can give them official names. One thing is for certain, this footage truly is the dosage of cute that we all could use right about now.

Anwen, the koala, has officially been released back into the wild

Now for some good news…Anwen, who we adopted, was released from the Koala Hospital in New South Wales and is back in her home range. 🐨 pic.twitter.com/FXacAKp6oF

In a tweet published by user Sara Gillis, she shared that the koala that she adopted, named Anwen, has officially been released back into the wild from the Koala Hospital in New South Wales. Anwen was undergoing treatment for burns suffered during the Australia bushfires, which singed nearly 90% of her body, including her hindquarters and the pads on her hands and feet. She was so beloved by staff that, when she finally found a place to sit in the unit where she could prop her hands, they dubbed it “Answen’s spot.” Congrats on returning home where you belong, Anwen.

A pair of gerbils took an adorable trip to a museum

Pandoro and Tiramisù, a pair of adorable tiny gerbils, decided to indulge in some of the finer, classier things in life by venturing on a trip to the museum. The pair’s owners built the structure as a stay-at-home activity as well as a means of keeping their furry friends entertained. It came complete with gerbil renditions of some of the world’s most iconic artworks, including the Mona Lisa, The Scream, as well as Girl with a Pearl Earring. It was a dignified and refined way to spend the day as they nibbled along and explored the various works. For more of their too cute to handle antics, you can follow the pair on YouTube and Instagram.

Filmmaker Tom Francome has been self-isolating with his father, who has been unable to find an exercise routine that he felt suited him. Instead of throwing up his hands in defeat, the pair decided to create a workout video together. It just so happens that Francome’s father is a retired clown, so he played to his strengths and created a video doing what he does best entitled, “Colin the Clowns Self-Isolation Homeworkout for Retired Clowns.” The video features him bouncing a ball on his head, marching, and juggling bowling pins while playing the drum and singing “When the Saints Go Marching In.” It is sure to add some variety to your next at-home workout.

Paul Hubans gifted his 87-year-old grandmother Audrey (Audie) with Animal Crossing: New Leaf for Nintendo DS back in 2019. Later, he posted a video to YouTube, where it is revealed that she has accumulated over 3,500 hours of gameplay. That video currently has over 11 million views. Because of her passion for the game, Hubans gifted her with the latest version that was recently released, Animal Crossing: New Horizons for the Nintendo Switch. The latest video already has over two million views and was posted just a week and a half ago. Due to the significant online attention, the game has since based a character off of  Audrey and even named it after her.

👏 @tylerperry paid it forward and purchased groceries for nearly 3,000 senior shoppers today at Kroger stores across Atlanta. You can see how much this means by the look on their faces. Thank you, Tyler, for your generosity! 💙 pic.twitter.com/L57nfNqm3g

American actor, writer, producer, comedian, and director Tyler Perry took it upon himself last week to assist those who are currently struggling to pay bills, work, and purchase essentials during this difficult time. He did so by purchasing groceries for seniors and other high-risk shoppers in two hard-hit cities, Atlanta and New Orleans. Users quickly took to social media to express their gratitude for the random act of kindness with one Twitter user writing, “My mom went to Winn Dixie this morning and as she went to check out they told her that Tyler Perry was paying for everyone in the stores’ groceries!! What a blessing he is!”