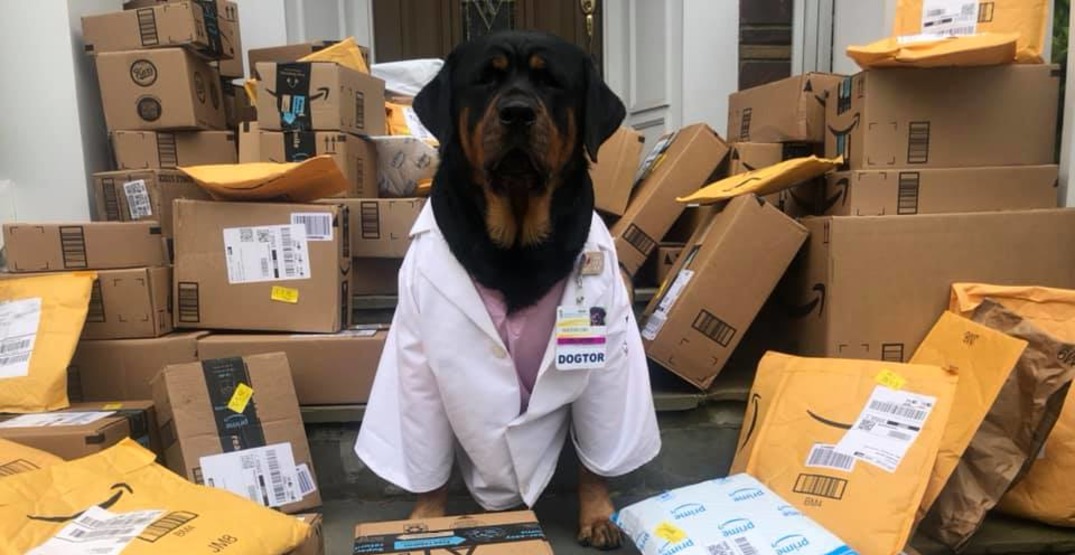 A Georgia bar owner removed $5,215 worth of bills stapled to walls to give to unemployed staff

Jennifer Knox, the owner of bar/restaurant The Sand Bar located in Tybee Island, Georgia, removed $3,714 from the walls of the establishment to give to her staff. The money was part of the restaurant’s long-standing tradition of customers commemorating their experiences by writing on a dollar bill and stapling it to the wall and ceiling. “It’s because of you all who put a dollar up, that we were able to give back to our people!” Knox wrote in a Facebook post. Now, Knox is encouraging others to collect funds for the Tybee service industry and has set up a Venmo account that people can donate to.

A taxi driver in Spain was recognized for his generosity

A generous taxi driver in Spain has been providing patients with rides to the hospital – free of charge. As a thank you, he was given an envelope with money and a kind message from the hospital’s workers. In order to get him to come to pick up his gift, he was lured under the pretense of having a passenger in need of transport. Needless to say, upon arrival, he was shocked and flattered as he was greeted by a standing ovation and applause from the staff.

Best. Night. Ever.⁠⠀
⁠⠀
Did you miss the action? Tune in tomorrow night for the official #SGNProm Experience on #SGN. 🎉 #classof2020 pic.twitter.com/dQhE6UbbQC

As part of his YouTube channel and overall positivity movement Some Good News, actor John Krasinski brought joy to senior high school students who would be missing out on their prom this year due to the ongoing health crisis. To make the virtual event even better, Krasinski brought in some special guests, including the Jonas Brothers and Billie Eilish. Students from across the United States posted videos of themselves dressed to the nines and indulging in what is, at the very least, going to be a prom to remember.

My grandson’s 4th birthday is today. His party got cancelled, so here is what the good people of Yorktown, NY did to celebrate. Never underestimate the kindness of strangers! #SomeGoodNews @johnkrasinski @somegoodnews pic.twitter.com/qcrT8Y1ddi

Lisa Rodgriguez’s grandson turned four on Sunday, April 19. Unfortunately, due to physical distancing regulations, his party was canceled. But that didn’t stop the people of Yorktown, New York, from giving him a proper birthday celebration. Rodriguez posted two videos to Twitter of cars driving by with people holding signs, honking and yelling good wishes for the little guy’s birthday as they drove past, all while maintaining the proper distance, of course. “Never underestimate the kindness of strangers!” Rodriguez wrote in her tweet. We hope he had a wonderful birthday.

Tyler Howe, a singer-songwriter from Huntington Beach, California, and his family grew tired of “sitting at the house looking at each other.” So, they decided to put together a surprise musical performance for a couple of close friends and family members. To maintain the rules of physical distancing, Howe had to get creative. Thus, he performed from the back of a truck, which was decorated for the occasion complete with a sign that read “Quarantine Drive-Up Show.” Luckily, he brought cameras to capture the reactions of the various audience members.

The “dogtor” will see you now. Loki the Rotweiller, a therapy dog, and his owner, Caroline Benzel, can usually be found bringing joy and comfort to the staff and patients at the University of Maryland School of Medicine in Baltimore, Maryland. However, due to the ongoing global health situation, they are not able to make their visits. Instead, the pair have refocused their efforts to help the hospital differently. Now, Benzel is creating and delivering “Hero Healing Kits” to frontline healthcare workers. The kits include items such as hydrating skin lotion for workers whose skin gets irritated from wearing masks. The kits contain boxes of tea, baby powder, gum, chapstick, and moisturizer. So far, Loki and Benzel have raised over 1,400 total kits. Now that‘s a good boy!