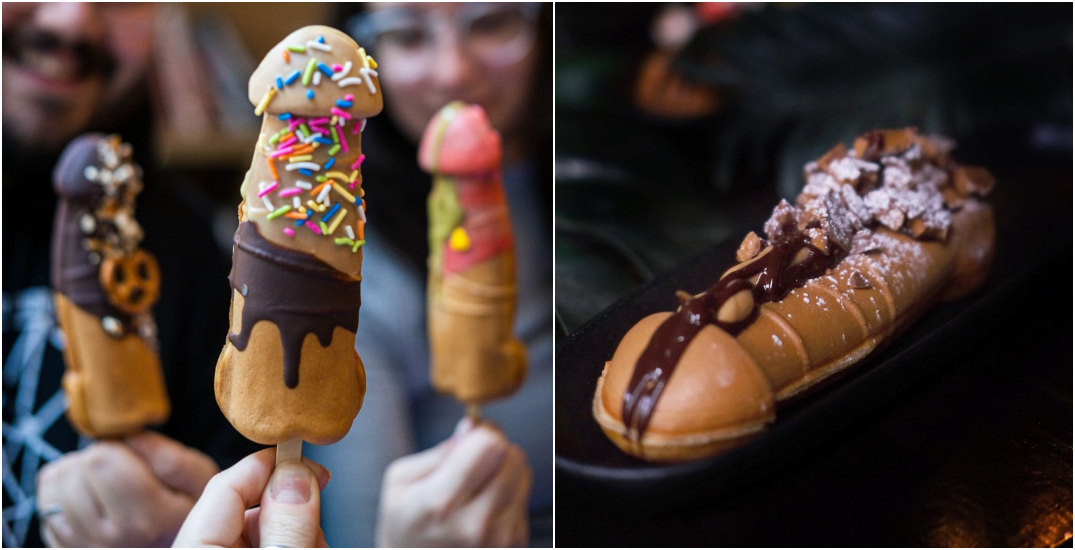 If you’re in the mood for naughty treats in Montreal, a shop in The Plateau serves up some entertaining suggestive-shaped waffles.

Zizi Pop specializes in phallic delights. The shop stuffs a wiener into their signature member-shaped waffles and sprinkled them with a variety of toppings.

Think of a fuse between pogos, waffles, and ice cream. Except, you know, shaped like a Johnson.

Zizi Pop had a temporary pop-up shop in the Old Port over the summer but has since settled in permanently in The Plateau.

“We decided to offer our treats to people with open minds,” an employee for Zizi Pop tells Daily Hive. “We want you to be able to eat something that is in this shape, no matter wat your sexual orientation or gender is.”

Zizi Pop says their waffles are “ultra delicious” and its two most popular treats are the “Black and White” and “Salty Hot Dick.”

Look, sometimes immaturity is the tastiest food. Zizi Pop’s waffles range from $7 to $11 and are available for dine-in and takeout.