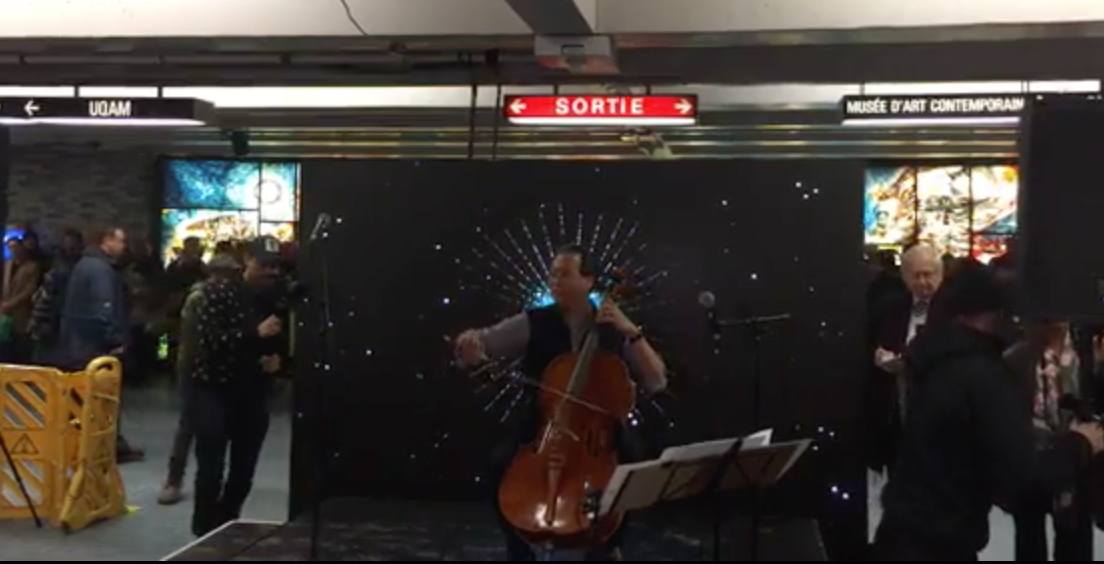 Yo-Yo Ma played a free show at Place des Arts on Saturday. Not at any of the famous venue’s symphony halls, but while set up inside a corner of the metro station.

The 63-year-old cellist played both alone and accompanied by local poets and musicians which ended in a unison version of Leonard Cohen’s “Hallelujah” which Ma calls “the song, that for me, means Montreal.”

The Chinese-American cellist spoke in fluent French as he invited audience members to listen, take photos and sing together. He invited guests to contemplate how his music interacted with the urban sounds of the city and the close-by metro trains.

Ma noted that transit, like music, is a unifying experience.