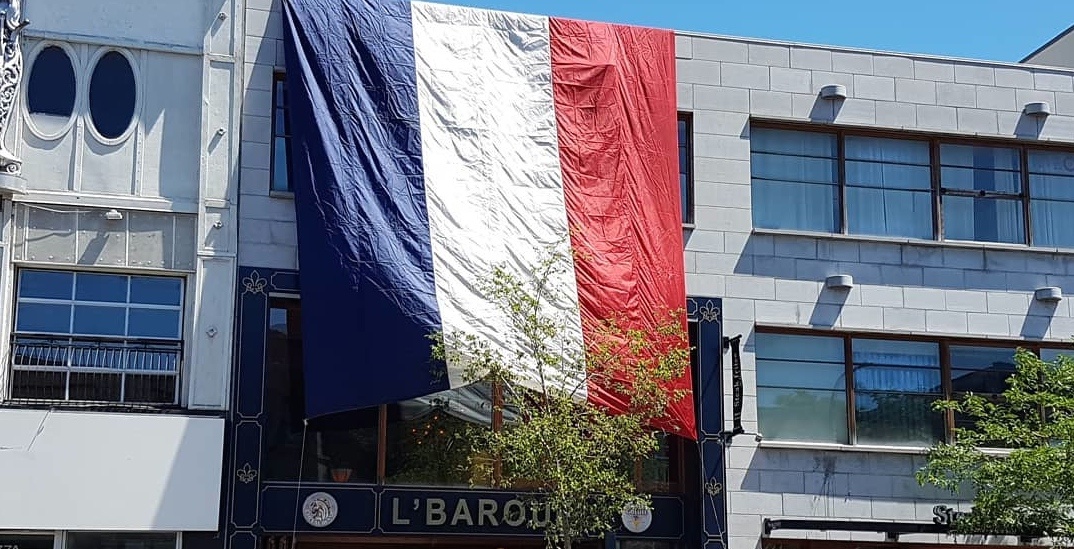 Bar L’Barouf on Rue St-Denis isn’t hiding who they’re rooting for during the 2018 FIFA World Cup.

The multi-level pub has unveiled a massive French flag to show their team pride. The flag covers their entire building and makes an obvious point as the go-to spot to root for France.

Having eliminated Belgium in the semi-finals, France heads to the finals for the first time since 2006 as they vie for their first World Cup championship since they won it on home soil in 1998.

With the win, France now has a few days to rest before Sunday’s 11 am final.

Croatia and England go head-to-head in their semi-final match at tomorrow at 2 pm Eastern and the victor will face France for worldwide bragging rights.

You can bet that L’Barouf will be busy for tomorrow’s match and will be absolutely rocking during the finals.

How big of a flag would they showcase if France ends up winning it all? We could potentially find out by the end of the weekend.