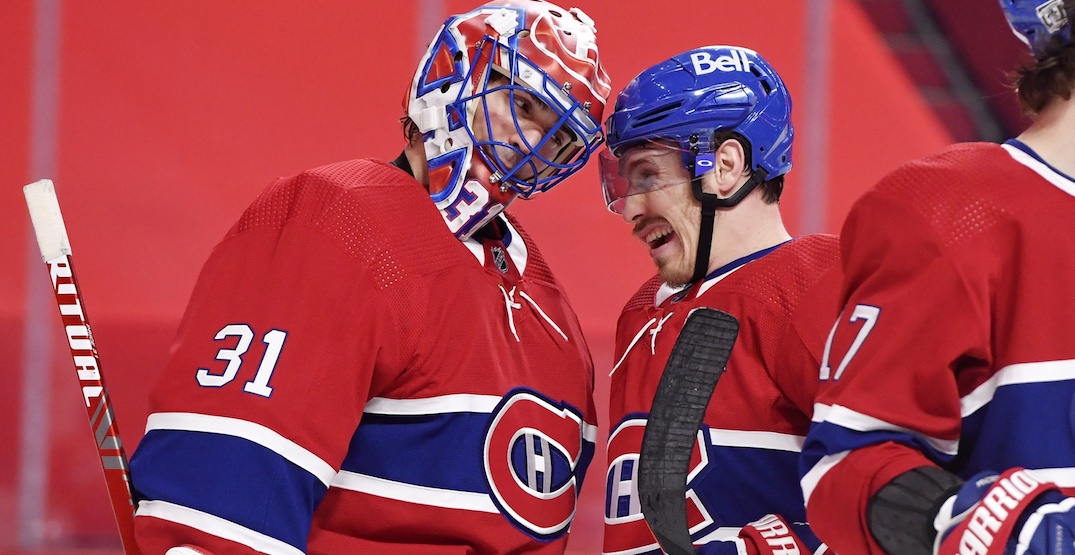 Despite Thursday’s disappointing 3-2 loss to the lowly Ottawa Senators, it’s still been a great start to the 2021 season for the Montreal Canadiens, who own a 7-2-2 record through 11 games.

But as good as they’ve looked so far, some Habs fans may still be a little wary of believing this team is the real deal. After all, they’ve seen the Canadiens come out of the gates looking great a few times recently, only for it all to come apart.

This year’s team is different, though, and we’re going to discuss a few of those other teams that started hot and explain why.

The Canadiens were coming off a season were they finished in first place in the Eastern Conference, and the way this year was starting, it looked like they were going to be one of the East’s top teams again. Montreal owned an 8-1-2 record through 11 games.

Instead, the Canadiens fell apart in the second half of the season. They went 14-20-5 over their final 39 regular season games. Head coach Guy Carbonneau was fired in March, and they barely held on to a playoff spot, grabbing the eighth seed with 93 points and getting swept out of the first round by the Boston Bruins.

The collapse led to somewhat of a roster overhaul. Core players like Saku Koivu, Alexei Kovalev, Alex Tanguay, and Mike Komisarek weren’t re-signed. The Habs then went out and signed Mike Cammalleri, Brian Gionta, and Hal Gill, also making a big trade with the New York Rangers to bring in Scott Gomez.

It was simply a mediocre team. They didn’t have high-end talent, or enough scoring depth, with just four forwards who scored 40 or more points. It was also Carey Price’s first full NHL season and he was still finding his footing, posting a .905 save percentage in 52 games.

Like in 2008-09, Montreal was coming off a pretty good season. They’d finished in first place in the Atlantic Division and made it to the second round of the playoffs.

Like in 2008-09, the Habs came out of the gates looking like they were going to keep the good times rolling. They started the season with a nine-game winning streak.

And, like in 2008-09, Habs fans got to watch it all fall apart. This time, it was easy to point out the exact moment where things started to go wrong.

Price stepped on a puck during warm-up before their 11th game of the season in Edmonton and injured his knee. It initially didn’t sound that serious, and he’d return to Montreal’s crease three weeks later. He’d play just three more games, though, before re-injuring the knee. He wouldn’t play again for the rest of the season.

So instead of Price, the reigning Hart Trophy winner, Habs fans were treated to year a year of Mike Condon and Ben Scrivens in net. It was a, uh, downgrade. Montreal finished the season with just 82 points, 11 back of a playoff spot.

The Canadiens again responded to the collapse with big offseason moves, most notably the bombshell trade that sent P.K. Subban to the Nashville Predators for Shea Weber. They also took a chance on Alexander Radulov, a talented scoring winger with a reputation as a troublemaker who was attempting another comeback from the KHL.

In the long run, this season may have done some good for the Habs. It showed them that they simply weren’t a good enough team to contend if they weren’t getting MVP-calibre goaltending from Price.

The very next season, Montreal once again started red hot. After starting 13-1-1, though, the Habs went just 18-18-7 over their next 43 games. Looking to avoid another collapse, Marc Bergevin fired head coach Michel Therrien in mid February and brought back Claude Julien, who’d recently been let go by the Bruins, for a second stint with the team.

The Canadiens responded pretty well to the coaching change, ripping off a six-game winning streak shortly after. Overall they went 16-7-1 after the switch to Julien, finishing the season with 103 points and earning the top seed in the Atlantic.

However, while Bergevin may have made the right move behind the bench, he failed at the trade deadline. While it was clear the Habs needed more offence, Bergevin instead made moves to bring in checking forwards like Dwight King, Andreas Martinsen and Steve Ott.

That trio combined to score one goal the rest of the season. The Canadiens went on to lose to the Rangers in six games in the first round, scoring a combined total of just four goals in the four games they lost.

Ok, but why is this team different?

So, here we are again, with the Habs looking great to start the season and fans wondering whether it’s safe to believe in them this time. And we’re here to tell you: Yes, you should believe in this team.

The Habs’ record is backed up by a league-best +16 goal differential. All seven of their wins have come in regulation, and their losses were all only by one goal (or, in the case of a 2-0 loss to the Calgary Flames where Jacob Markstrom stood on his head, one goal plus an empty netter).

Their depth also means they should be able to survive some players going into slumps or getting hurt. While Tyler Toffoli and Josh Anderson are probably going to cool off a bit at some point, Phillip Danault and Tomas Tatar may heat up. There can be a different hero for this team every night. The fact that this is only a 56-game season works in the Habs’ favour, too, as this hot start has accounted for nearly 20% of their schedule.

Habs fans may have been hurt a few times before, but that doesn’t mean they should deny what is plain to see this year.

This team is good.