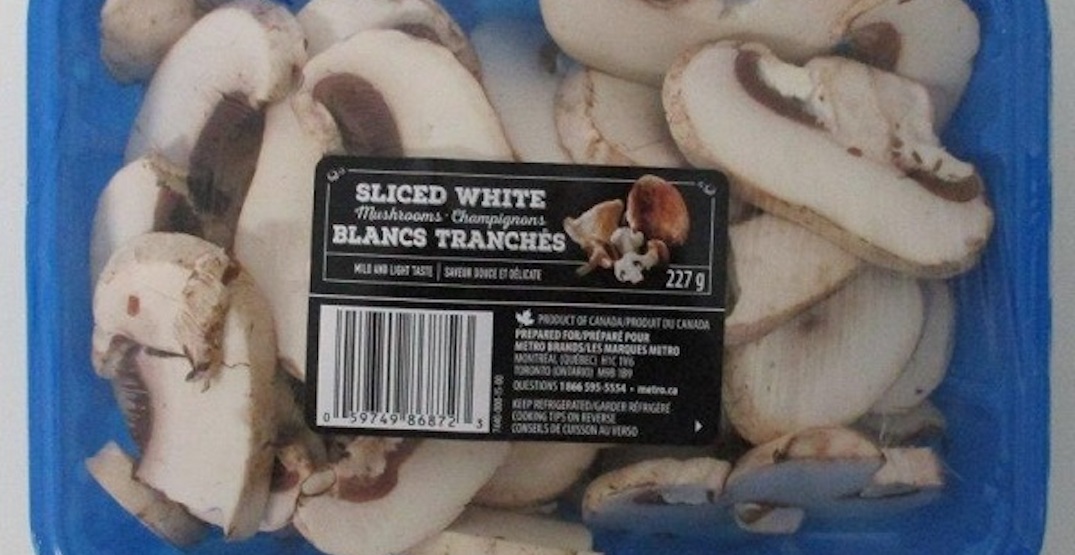 A recall of sliced white mushrooms sold in Ontario and Quebec has been issued due to possible Listeria contamination.

According to the Canadian Food Inspection Agency, a recall has been issued by Carleton Mushroom for its mushrooms which are prepared for Metro Brands.

The affected product has the following UPC code and best before date:

The food agency asks customers to throw the mushrooms out or return them to the store they were bought.

“Food contaminated with Listeria monocytogenes may not look or smell spoiled but can still make you sick. Symptoms can include vomiting, nausea, persistent fever, muscle aches, severe headache and neck stiffness,” said the CFIA.

Though there is confirmed distribution in Ontario and Quebec, there is also a chance of it having been distributed nationally.

There have been no reported illnesses associated with the consumption of these mushrooms, according to the CFIA.