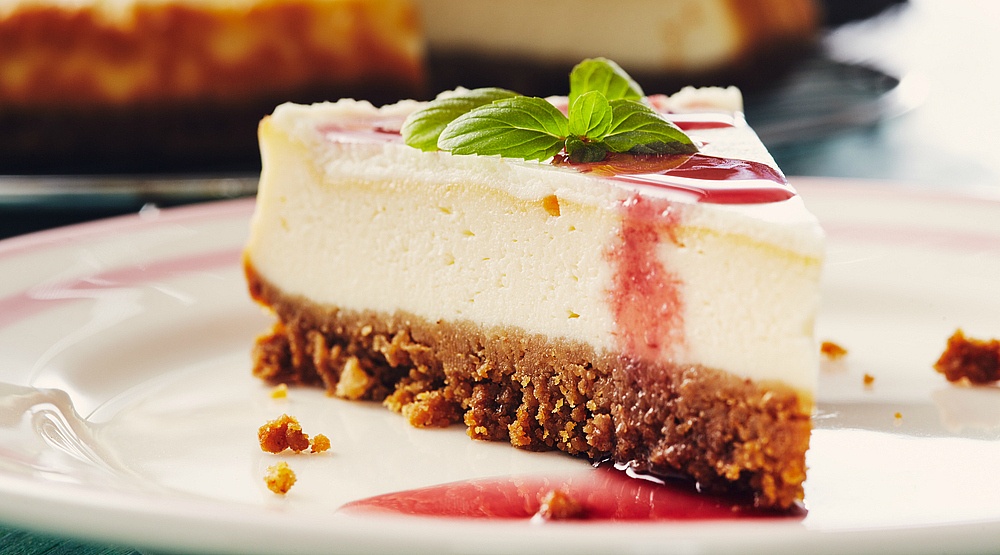 It may be one of the most underrated desserts, but cheesecake remains to be one of the yummiest and most indulgent treats around. There is a reason why it has stuck around since the Greeks invented it over 2400 years ago.

From traditional New York-style cheesecake to the more unique apple crumb cheese pie, there is an abundance of cheesecake to be enjoyed any day of the week in Montreal.

Famous for their monstrous cheesecakes, Rockaberry serves up incredible desserts all year round. With a more diner-like atmosphere, Rockaberry has pretty much any kind of cheesecake imaginable, including the infamous apple crumb cheese pie. Oh, and it’s also crazy addictive (your friends will have to stop you from taking home the whole cake).

In true deli style, Reuben’s has an entire counter filled with scrumptious cheesecakes eyeing you as soon as you walk through the door. The extensive menu invites you to try six different cheesecakes, each more enticing than the last. If you ask me, their original strawberry cheesecake is where it’s at. But if you’re looking for something a little different, they also offer a chocolate cheesecake explosion made with chocolate cream, nuts, chocolate chips, and caramel.

This Greek bakery in Parc X may not look like much from the outside, but it’s on the inside that matters. Serving up a plethora of delicious Greek treats every day of the week, Afroditi’s cheesecakes are just one of the areas this bakery excels. In addition to their traditional cheesecake, Afroditi’s serves up a mean marble cheesecake, and better yet, an Oreo cheesecake. Be sure to order in advance!

Whether you go for the strawberry & cheesecake crepe or the Cacao 70 cheesecake, you’re in good hands. As you probably could have guessed, Cacao 70 specializes in all things chocolate so you can expect a chocolate drizzle on pretty much anything you order including the aforementioned cheesecake items. Prepare for a mound of chocolatey, cheesy goodness.

For just $8.95 you can indulge in Jardin Nelson’s cheesecake crepe. Filled with fresh strawberries, berry coulis, and a hearty amount of cheesecake, this will quickly become your favourite dessert crepe. And when you feel like you need something to wash the crepe down with, you can enjoy Jardin Nelson’s vast selection of delicious sangria. Looking to satisfy your cheesecake and sangria craving in one go? Jardin Nelson is the place.

This Italian joint in downtown Montreal is taking things up a notch with their Nutella cheesecake. Because sometimes a classic cheesecake just won’t cut it and who doesn’t love Nutella?

Although it’s a tad of a track being located in St.Leonard, this place has a whole cheesecake menu that will blow your mind. From Orea to Bailey’s cheesecake, there is literally every flavor you can imagine