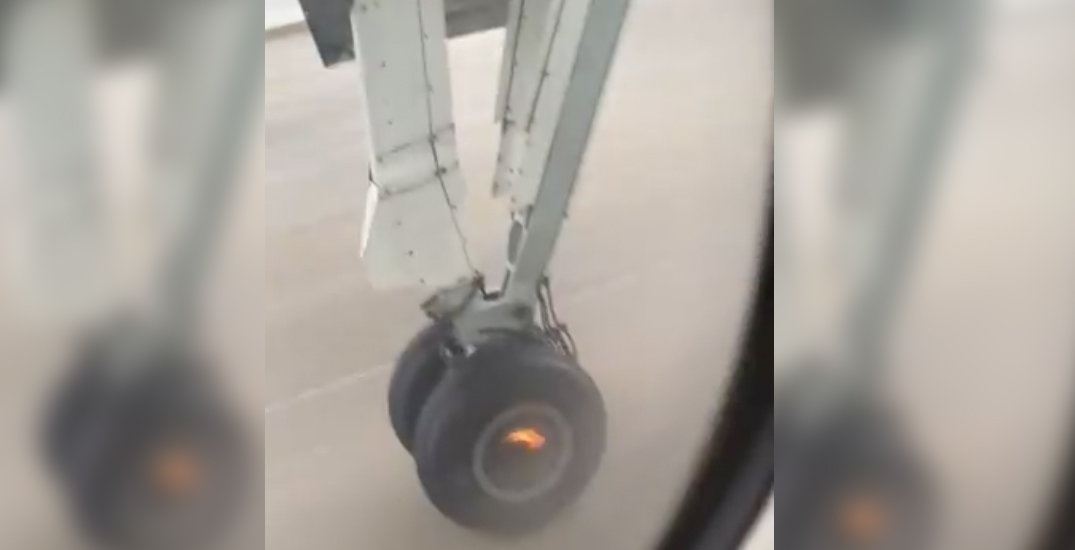 A plane taking off from Montreal Friday lost one if its wheels — and a shocked passenger captured the whole thing on video.

Twitter user @caf_tom posted a video January 3 showing what appears to be flames at the centre of the landing gear as the wheels lower. Then, one of the wheels completely falls off.

Someone in the background says “it’s good” in French, followed by “it fell! it fell!”

Air Canada spokesperson Manon Stuart confirmed one of the wheels on the left main landing gear of the Dash 8-300 aircraft became detached as the plane took of from Montreal en route to Bagotville.

The plane is equipped with six tires, and was still able to land safely, she said.

“Our pilots are well trained to deal with such situations,” Stuart said, adding the pilots in this case maintained complete control of the aircraft.

Shortly after the wheel fell, the plane returned to Montreal and landed safely. Nobody was injured in the incident.

“Our maintenance personnel in Montreal are conducting a thorough inspection of the aircraft to determine the cause and proceed with the necessary repairs,” Stuart said.