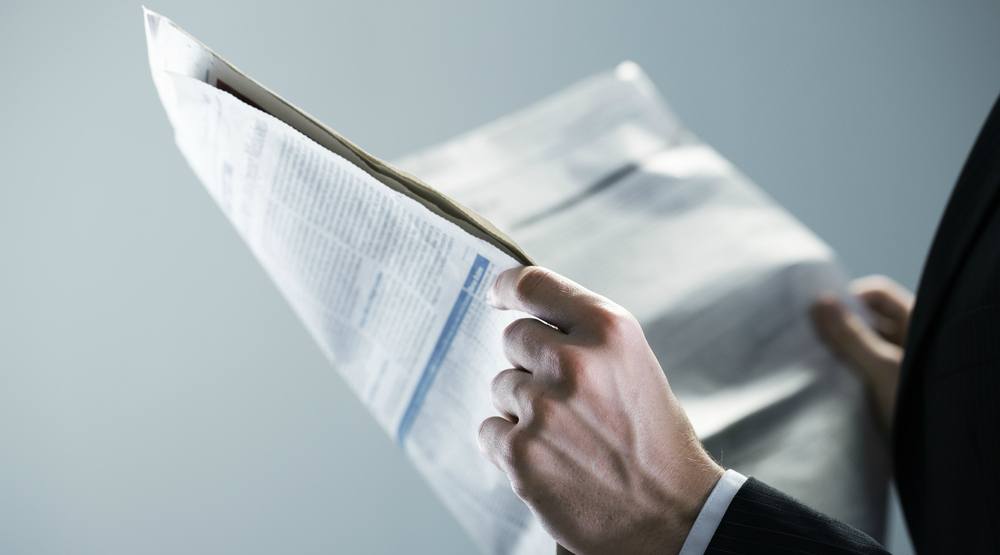 Never mind that the victim was a 15-year-old child, the editor somehow thought it appropriate to add “presumed” before “victim” (even though the terms “presumed” and “alleged” are usually added – often unnecessarily – before the names of the accused to protect their presumption of innocence and the media from any liability, not the victim) and to start off the reporting with a mention of her alcohol intake.

What were the facts? Three adult men were accused of gang-raping a 15-year-old teenager. That should have been the Journal de Montréal’s headline. But it wasn’t.

The public outrage was immediate and justified, and the Montreal daily did eventually alter their online headline, but the print version remains and the damage is done. One more irresponsible click-bait headline to add to the myriad already out there, perpetuating victim blaming and rape culture.

As particularly egregious an example of victim-blaming as the Journal de Montréal headline was, though, it’s just one of many that continue to be seen across the country. Despite attempts to raise awareness and to better educate the media about the importance of using the right language when reporting on sexual violence, dangerously antiquated attitudes about women, consent, slut shaming and victim blaming continue to seep through in reporting.

This is inevitable because the media not only reports on society, but also mirrors it and reflects it back to us. And what the media so often reflects back to news consumers is the undeniable fact that we’re living in a world that continues to victimize women in profound and subtle ways.

Here are just some examples of victim-blaming recently found on Twitter, which, by the way, has become an excellent tool for educating people and calling media out when they fail to use the proper language in their reports.

You mean “to rape” or “to sexually assault” #usetherightwords https://t.co/PnZPUwMU4S

I’ve fixed it for you https://t.co/bafnKvvdHv RT A man killed his wife at a Sydney home. https://t.co/7XH8G9DZeu

Good morning @calgaryherald she is a woman. Describing her as a drunken fare victim blames and shames. Do better. #usetherightwords pic.twitter.com/AeDvKZzfJe

There are 460,000 sexual assault cases in Canada ever year. Out of every 1,000 cases, a mere 33 are reported to the police, only 29 are recorded as a crime, 12 have charged laid, six are prosecuted and a measly three lead to a conviction. That translates to a whopping 997 assailants walking free.

There are numerous ways that the legal and justice system let sexual assault victims down every day in this country. A 20-month-long investigation by the Globe & Mail revealed some of the flaws in the process that makes so many women hesitant to come forward with accusations.

But while one can justifiably point an accusatory finger at the troublesome incidents where victims have been let down by a police force that is supposed to serve and protect them, or a legal system that practically relies on character assassination to prove reasonable doubt, the fact remains that how the media reports on sexual assault stories continues to remain one of the most important factors in how public opinions and perceptions of such crimes are shaped.

Sexual assault is not about sex. It is a violent crime about control and power. Using unnecessarily salacious or sensational terms to report on it minimizes the crime and affects the public’s perceptions of what took place. You may claim that public perceptions have nothing to do with the legal process, but that silly claim would rely on robots sitting behind judicial benches and jotting down police reports. If you don’t understand the immense power (and responsibility) that media has in affecting how an incident of rape is perceived, you don’t understand how public perceptions of the “lying, scorned, vengeful woman” narrative seeking revenge on a man by lying about rape has seeped into our public consciousness and how it affects victims’ reticence to come forward for fear of being publicly reviled and never believed.

Those who discuss false rape allegations with such loud indignation (they’re usually the “Yeah, but what about…” guys who pop up when rape is discussed anywhere), should do well to remember that they continue to comprise a mere 4 percent of all rape charges. They should equally – if not more so – be concerned about the fact that only 33 out of every 1,000 rapes are even reported. And ask themselves why.

Media has a responsibility to report fairly and free of prejudice

Headlines like the one used in the Journal de Montréal yesterday abdicate the responsibility that media organizations have to report accurately and fairly about sexual assault, rape, and all gender-based violence. To choose not to, simply because you don’t care enough to ensure that your editors and reporters are educated on how to report on sexual violence, or to maliciously choose salacious and sensationalist headlines to attract clicks is to consciously fail sexual assault victims when they need you most.

There are phenomenal resources in place to rectify this problem and there’s no reason why all Canadian media organizations shouldn’t be using these resources to make things better.

Use the Right Words should be required reading

I’m extremely proud to have served on the advisory board of Femifesto’s Use the Right Words, an indispensable media guide on how to report on sexual violence in Canada. The guide is meticulously researched, contains an impressive number of examples, and is written in a very clear and easy-to-use educational way.

What I’m politely trying to say is that THE WORK HAS ALREADY BEEN DONE FOR YOU, MEDIA FOLKS, SO WHAT’S YOUR EXCUSE? All editors and journalists simply need to do is click on a link, look at the language and image checklists (what to say, how to say it, what to avoid, what images to use to accompany your article, etc.) when reporting on sexual assault, and follow the helpful tips on how to interview a victim of sexual assault. And while I think it’s utterly vital that media management understand that this should be required reading for all their staff, I also encourage media consumers to read it in its entirety. We need to be savvy consumers when we consume news, and call out irresponsible and damaging reporting when we see it.

Sexual assault is a horrific thing to have happen to you. To then have a media outlet reporting on your case victimize and brutalize you all over again and subconsciously poison your credibility with the public, is not only unconscionable, but also deeply dangerous because it sends out a cautionary message to other victims that no one will have your back when you come forward. The media has an ethical responsibility to report fairly and without prejudice. It should never abdicate it for the sake of clickbait headlines and sensationalism. We deserve and should demand better.