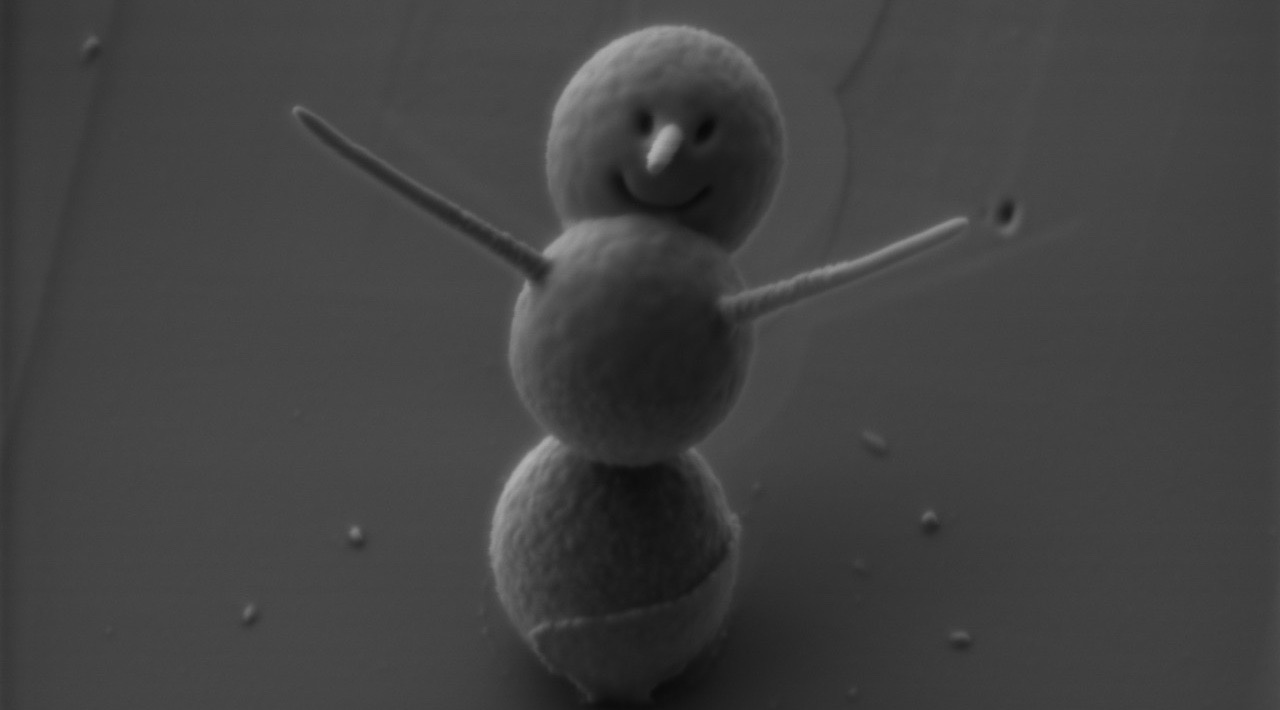 First things first, a micron (symbol:μm) is a unit of measurement denoting one millionth of a metre.

It’s important to know that in order to be suitably impressed by the fact that scientists at the University of Western Ontario have ‘built’ a snowman that stands less than 3 microns tall.

For further perspective, Wikipedia explains that “the width of a single human hair ranges from approximately 10 to 200 μm.”

On their nanofabrication tumblr page (obviously), the Nonofabrication Facility at the University of Western Ontario posted this explanation for their pint-size Olaf:

The World’s Smallest Snowman stands less than 3 microns tall. The snowman was fabricated from three 0.9 micron silica spheres stacked with the use of electron beam lithography. The eyes and mouth were cut with a focused ion beam while the arms and nose were sculpted with platinum.

Which is great and all for science but in the end most of us just can’t believe how freaking adorable this thing is: 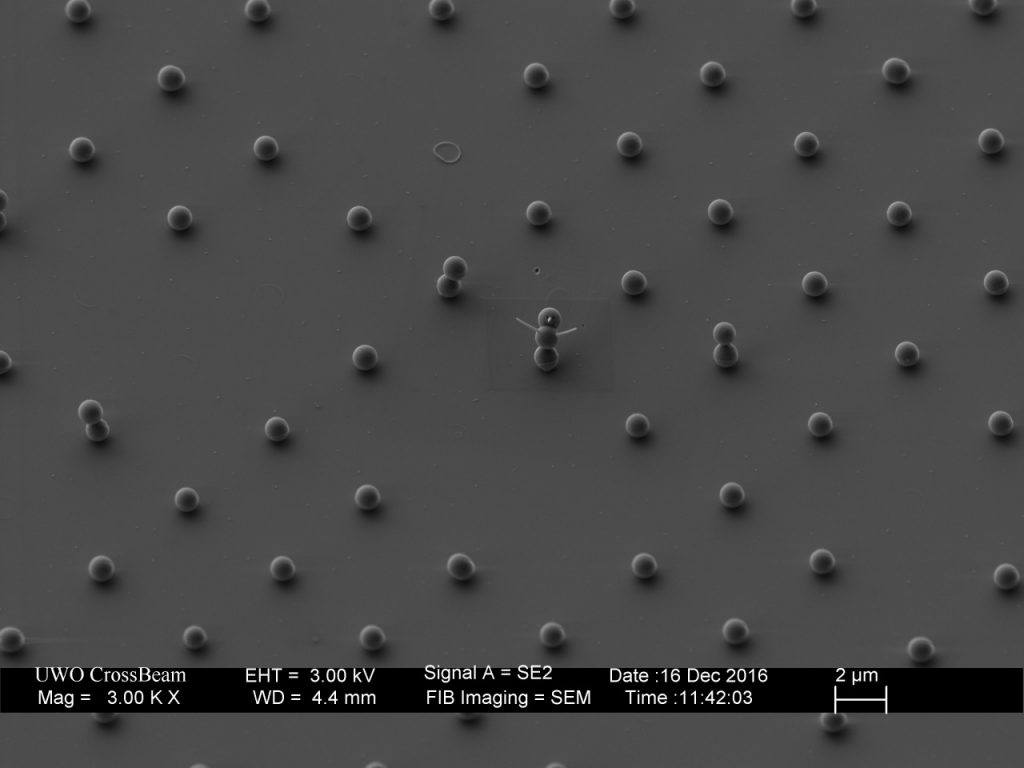