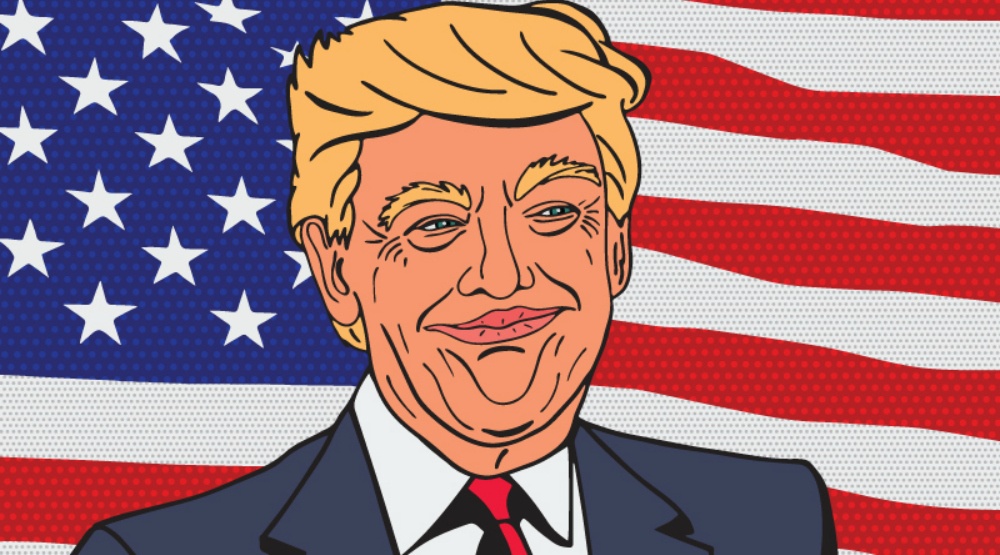 The U.S. Presidential Election is officially over.

Last night, at approximately 2am EST, it was announced that Republican candidate Donald J. Trump won, meaning that when he is inaugurated in January he will become the 45th president of the United States.

Whether you’re American or not, this election impacts the entire world, which is why the shock of this major upset was even felt right here in Montreal.

From marriage proposals to feeling thankful to be Canadian, we’ve compiled a list of tweets from Montrealers that epitomizes how our city feels about Donald Trump’s big win.

Good job america , now prepare the arrows and the bows cuz it's the 77th edition of the hunger games #Election

why does the rest of the world see Trump is the worst but the people who actually vote can't??? can we have a global vote??? #Election

Be kind, be open, be inclusive, be educated. It matters more now than ever. #USElection2016 #election #USA

Liberty is crying over a very sad #election day pic.twitter.com/ngeA5rM3Fj

i can't get up #election #itsnotrealifidontleavemybed

So I had the weirdest dream last night. #election

This is how Obama's story ends.
A historic win.
Faces unprecedented opposition but moved U.S. forward.

It will all be erased now😔#Election

What this #election showed us is that the best predictions are just that : predictions. Reality follows its own trajectory #DataScience

America, you are better than this. #election

Almost all ballots have been counted. Trump won the #election even though he got ~125,000 *less* votes than Clinton. Let that sink in.

Trump will have the nuclear codes. Good job America. From @BarackObama to @realDonaldTrump… This is unbelievable. #élection night

Too bad the rest of the world couldn't have voted in this #election night that has affected us all pic.twitter.com/mS7c93LP3E

10 years ago my mom took our bags and told us we not staying the US we going to Canada ! the best decision ever #mommaknowsbest #election